Is Obama's innovative bloom off the rose? Recent developments would say so. 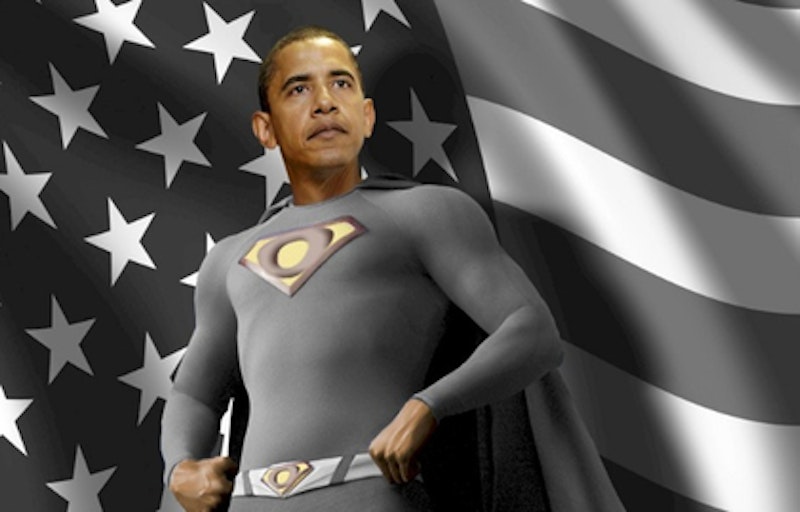 So much of Barack Obama’s appeal—not only to voters and those supporting him, but also to the media, which barely tries to conceal its adoration—has been his claim of being a different politician practicing a new kind of politics, “change we can believe in.” It’s a credit to his campaign that this image has been crafted to near-perfection, and while I can’t prove it, I suspect that if most Americans were asked to play a word association game, “change” is the word most would choose when presented with Obama’s name.

Indeed, Obama has been an incredible candidate. His rhetoric is nothing short of awesome. Some might argue that the content of his speeches lacks substance, but perhaps in a so-called “change election,” that’s what Americans want to hear. Listening to Obama speak, I imagine that the experience must be akin to those who had the opportunity to hear Martin Luther King, Jr. His tone, cadence and pitch are all delivered with an almost intoxicating quality to which one cannot help but be drawn.

Furthermore, his campaign has been conducted with a precision and a discipline unlike any of the modern Democratic candidates who preceded him. The Obama team’s ability to stay “on message” and effectively convey that message is impressive. Even the ostensibly little things such as the backdrops to his speeches or the settings of press conferences are carried out seamlessly, and this matters, even if only in the observer’s subconscious. And nothing is more daunting than his proven ability to attract tens of thousands of people to rally; a phenomenon that surely has John McCain’s strategists in fits.

But over the last few months Obama and his campaign have made some choices and taken some actions that reveal his claim of being a different kind of politician to be nothing more than a superficial veneer. Some of this was to be expected, and for the most part is prudent. These maneuvers do not make Obama a bad person, or any more dishonest or politically expedient than McCain, but they may effectively rob him of his ability to cast himself as a political crusader.

The first chink in Obama’s armor came courtesy of the Rev. Jeremiah Wright. In a much-celebrated speech in Philadelphia on March 18, Obama famously said that he could “no more disown [Reverend Wright] than [he could his] white grandmother.” After a few more inflammatory speeches by Wright however, Obama did, in fact, disown him. Again, his action was prudent, but not the choice that the principled public servant Obama portrays himself as would have made.

Recently, and more alarmingly, Obama reversed himself again. This time it was the issue of whether or not to accept public funding for his general election campaign. No candidate has ever opted out of the system since it was enacted after Watergate. Obama himself pledged to accept public funding, and in a debate in April he indicated that he would “sit down with John McCain” if he won the Democratic nomination so that the two could discuss the issue. Campaign finance reform has been a signature issue for Obama in his brief legislative career, something for which he has won a great deal of praise. Several weeks ago, though, Obama announced that he would bypass public funding, relying instead on an enormous number of donors, both large and small. While again this was strategically sound, it was pure political calculation, made worse by the bogus justification he offered for making this choice. He argued that Republicans and so-called 527 groups (like the Swift Boat Veterans for Truth in the 2004 Election) would spend millions against him, and that he was only ensuring a level playing field. The reality is that there are currently no anti-Obama 527 groups in existence, and apparently none on the horizon, either. In fact, the only 527 ad currently airing is a pathetic anti-McCain, anti-Iraq War “Not Alex” ad funded by the Democratic 527 Moveon.Org and the union AFSCME. By opting out of the $85 million in public funding, Obama is now capable—and likely to—raise hundreds of millions of dollars, allowing him to overwhelmingly outspend McCain, who has indicated that he will accept the $85 million. This will give Obama an incalculable advantage in the last few months of the campaign, and is the sort of action that, had a Republican taken it, would have had elicited vociferous objections and righteous indignation from the Obama camp and the media. The playing field will be anything but level.

Last week, Obama changed positions again on two separate issues: the FISA bill in the Senate, and the handgun ban in Washington, D.C. His campaign stated in no uncertain terms last fall that any FISA bill legislation that included legal immunity for the telecommunications companies would be met with an Obama-led filibuster. When the bill came to the floor last week, Obama not only failed to filibuster, he voted for it—telecom immunity and all. While this was a part of the inevitable move to the center that candidates from both parties adapt after securing their nominations, it contradicted the sort of change Obama promises. When the Supreme Court last week overturned the D.C. gun ban, Obama expressed no objection to it, and even issued a statement in which he dubiously indicated that he had always supported an individual’s right to bear arms. Here, his campaign surely concluded that by offering his tacit agreement, Obama could pacify the moderate Democrats in states in like Pennsylvania and Ohio—the same Democrats Obama infamously said “cling to their guns.” This was a politically advantageous move, but it was also a misleading statement in reaction to the court’s decision, and it marked the latest in a string of instances in which Obama eschewed the high road of hope for the low road of “the same old Washington politics.”

As the presidency has become a very real possibility for Obama, he has on several occasions now shown himself to be nothing more than just another politician. There is nothing wrong with that, of course; candidates will always do what it takes to win. But in doing so, Obama can no longer sincerely claim to be the shiny, new departure from the political norm, and the media has a responsibility to stop portraying him as such. With the latter unlikely to happen, though, the former becomes even more improbable