The same elitist caste that scoffed at the notion that people were being shadow-banned are now defiantly proclaiming they knew all along. 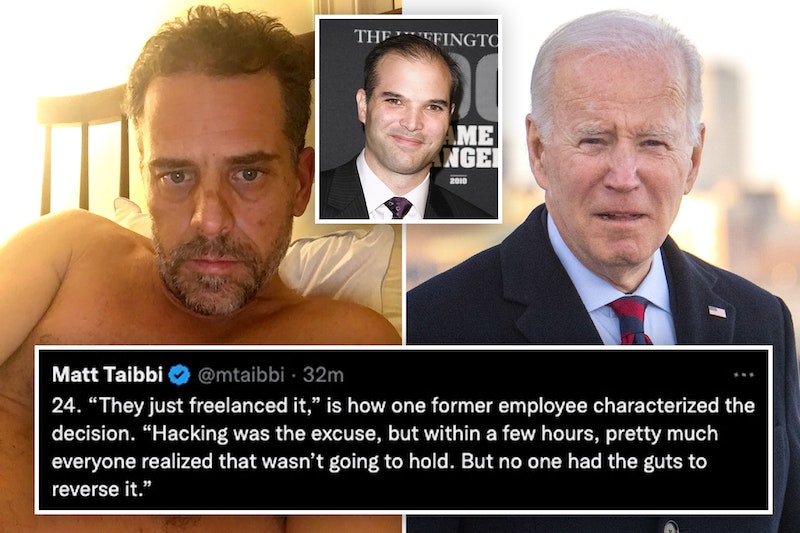 It wasn’t so long ago that Friday news dumps were the best way to release news you didn’t want read. Release something on a Friday and it slips into the weekend largely unseen.

Matt Taibbi’s “Twitter Files Part 1” was the first time that trend broke; that multi-part thread was all that some people talked about, as it was happening and for days afterward. It was more than just journalists who work for the mainstream press and maligned Taibbi’s reporting as “doing PR for a billionaire,” in similarly worded responses.

Last Friday morning the news broke that Kyrsten Sinema is leaving the Democratic Party and going independent. The response from corporate media and Hollywood elites are similar to Taibbi. Rather than read the thread and parse its implications, or watch Sinema’s video in its entirety, they formed an opinion. The response (because there must always be a response on Twitter and a uniform response as well) is a mixture of Greta Thunberg childish outrage and overblown aggression. Taibbi was spared the misogyny. Sinema wasn’t. Nor was Tulsi Gabbard when she made a similar announcement. But this mutant version of current feminism is tenuous.

The other ubiquitous insult is “grifter,” a term used by the left and right. Anyone who takes a contrary stand is immediately slapped with this label to undermine what comes out of their mouth. Its term is largely hypocritical. If an independent reporter is running PR for a billionaire CEO, what does that make a reporter at the Jeff Bezos-owned Washington Post? Or the Laurene Powell-owned Atlantic? Or Murdoch-owned Fox?

To keep up the charade, logic is dismissed. This is also true of facts and proof that might destroy a biased narrative, like say, a laptop with potentially incriminating evidence on it. In the corporate press’ narrow worldview there’s no gray, only black and white. The good guy/bad guy story is hackneyed but useful as a way to preach to the choir and stifle information and by extension free thought. If this foments a deeper division in the country, that’s okay.

Last week’s response to Sinema and Twitter would suggest this war of words isn’t motivated by ideals. It couldn’t be. Moral compasses are shifting too much for any ideal in the absolute sense to be upheld. There’s a concerted attack on journalists like Matt Taibbi, Bari Weiss, Glenn Greenwald and Michael Tracey and politicians like Tulsi, Sinema and Joe Manchin. The most compelling part is that it isn’t coming from a place of strength but fear. This would explain the verbatim soundbite insults and the same level of vitriol coming from so many people. Journalists aren’t reporting and celebrities aren’t responding. They’re lashing out.

This fear-based response has increased largely due to Elon Musk. To most who’ve an interest, the CEO bought a social media company. To a very small class of pundits who up until now held a firm grasp on the flow of information on social media, he’s a direct threat to groupthink. He can’t be trusted; he’s unpredictable. And unpredictability is bad. It might lead to objective thought.

The lesson the corporate press and Hollywood acolytes are teaching with ever-increasing desperation is that whether you’re an independent thinker or politician, you should be shunned, not celebrated. The only exceptions are exceptions to prove the rule. John McCain was allowed. He bucked Republicans. Contrast this to Joe Manchin, who does the same thing but for “the other side,” which is verboten. Ralph Nader had his moments but was never a real threat to order and has largely been pushed to the margins. There have been others in previous generations who came and went.

America was founded by people who went rogue and fought to the death for independence. Now a powerful class of people view independence as problematic. This shouldn’t come as a surprise. The corporate press is nothing but predictable, moving like a school of fish in the same direction and pivoting when needed.

You can watch this behavior in real time thanks to Twitter’s search function. The same elitist caste that scoffed at the notion that people were being shadow-banned are now defiantly proclaiming they knew all along that shadow-banning existed. They just didn’t bother reporting on it because it was a “nothing burger.” You could try pointing this out to them and share their contradictory Tweets side-by-side. Just don’t expect an answer. They wouldn’t know how to respond.