Maryland needs to figure out its future with slot machines and legalized gambling as a whole. 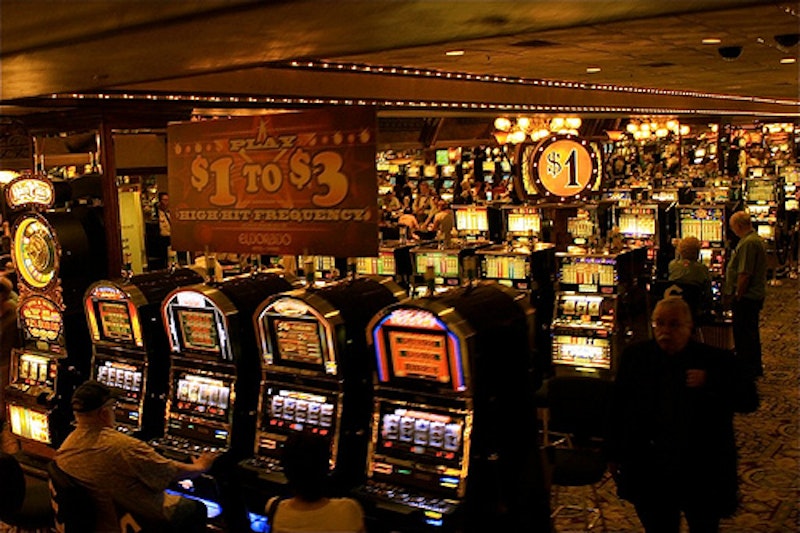 Somebody finally woke up in Annapolis and it wasn’t an elected official. The revelation was astonishing in its simplicity, arriving, as it did, 10 years too late and many billions of dollars short: Maryland ought to consider full-blown casinos. Wow! What amazing insight.

The brazen thought was expressed by D. Bruce Poole, former delegate from Western Maryland and a member of the Video Lottery Facility Location Commission, and was given the imprimatur of the commission’s chairman, C. Donald Fry, president of the Greater Baltimore Committee. Both agreed that Maryland, for crying out loud, should pay attention to what’s going on in the states around it.

As Maryland’s nascent slot machine industry stumbles forward, virtually every surrounding state except Virginia is advancing rapidly from slots to some form of adult casino gambling, usually referred to as table games. Pennsylvania, Delaware and West Virginia have all voted to up the ante as they fear Maryland will siphon off its itinerant slots players, if it ever gets its act together. And New Jersey has its share of casinos in Atlantic City.

But not to worry; the gang still hasn’t developed a decent aim. Maryland has five slots franchises to award, and only three are spoken for and one of those is being contested. The Baltimore City bid was consigned to the shredder for lack of financial backing, and no one appears interested in the Rocky Gap license, in Western Maryland, at least in its current configuration. The Ocean Downs location is in a delay mode because of construction problems; the Arundel Mills site is being petitioned and challenged; and the Cecil County facility is slow to get underway. But if it’s any consolation, Pennsylvania authorized slots six years ago and the Philadelphia location is still not up and running.

So into the mix steps Senate President Thomas V. Mike Miller (D-Calvert), the original promoter of slot machines at race tracks in Maryland, who has reopened the debate over whether to shift a gambling franchise to Prince George’s County, including legalizing card games at Rosecroft Raceway, piggybacking on the popularity of televised poker tournaments. It was partly Miller’s insistence on conjoining racetracks and slots that muffled any consideration of casinos during the original 10 years of gambling debate.

Local political leaders in PeeGee, for various reasons, have rejected the re-introduction of gambling in their county. Before Parris Glendening, as governor, began his anti-slots caterwauling and became a born-again virgin, he presided over the largest gambling operation in Maryland as executive of PeeGee. The ubiquitous “casino nights,” in firehouses and other county facilities, were eventually outlawed, and several attempts to revive them have been defeated.

There’s another major reason why Miller’s suggestion might be little more than wishful thinking. The owners and developers of National Harbor, the $2 billion residential and entertainment complex on the banks of the Potomac River in PeeGee, have opposed any introduction of gambling into Prince George’s. One reason is that the money partner, the owner of Gaylord Enterprises, is a fundamentalist Christian who opposes gambling. And another is that they fear that any gambling undertaking, i.e., at Rosecroft Raceway, would be a catalyst for hotels and other entertainment venues which would be in direct competition with National Harbor. If they were awarded the franchise, however, attitudes might change.

It doesn’t require a degree in advanced calculus to grasp the idea that casinos are much more lucrative enterprises than slots parlors. Slot machines are one dimensional. They appeal to day-trippers such as garden club ladies and sodality members, an older class of people with less disposable income than the high-rollers who frequent casinos with their wide variety of games and other entertainment formats to vacuum their money.

Casinos attract a different class of bettors more adventurous and agreeable to risk, win or lose. And they attract visitors who may not be gamblers but who would come for dinner and/or a show and whatever other pleasures are available. There’s revenue in the games, to be sure. But the additional revenue from casinos comes in the form of room taxes, restaurant taxes, entertainment taxes on the shows, limo rental taxes, alcohol taxes, property taxes and the variety of other taxes that users and tourists generate.

Marylanders, for example, make 1.5 million trips a year to Atlantic City, hotel and credit card receipts reveal, according to those who track such minutia. Organized junkets leave BWI-Marshall regularly for Las Vegas, which has become as much of a fine dining destination as a gambling oasis. And, as every political hobbyist knows, between $600 and $700 million Maryland dollars are gambled away in other states every year—exactly the amount of revenue the five slots franchises in Maryland are projected to generate, if the projections hold up.

And here’s an engaging piece of trivia: A Maryland resident who’s addicted to gambling on slot machines in Delaware cannot get treatment from the money that’s set aside for addicts because of the state’s legal residency requirements.

Lost in all of the debate over the past 10 years is the forgotten fact that slot machines were once legal in the four Southern Maryland counties until they were outlawed and phased out starting in 1963. Slot machines are currently legal on the Eastern Shore at fraternal organizations. Bingo is legal in Anne Arundel County. But the cards and buttons have been replaced by Bingo machines, which are virtual slot machines by another name.

So Poole and Fry are on to something. Slot machines are commonplace in Maryland. They’ve been around for a long time, legally and illegally, right under our noses, and still are. They’re really for the hoi polloi. There’s no thrill, no action, no excitement to letting a machine do the thinking for the player, knowing all the while that the odds are rigged in favor of the house. Gamblers like action, and the action is in blood-rush casinos.

And Maryland is ripe for at least two—one in downtown Baltimore, say Harbor East, and a second on the water at or near National Harbor in Prince George’s, which would be convenient to both the District of Columbia and a bridge-ride across from Virginia. If not, entrepreneur David Cordish will probably eventually get his way and go full-bore casino at Arundel Mills, if the neighbors allow it. And if Maryland doesn’t adopt casinos soon, other states will and are.