A scale of more and less trustworthy scolds. 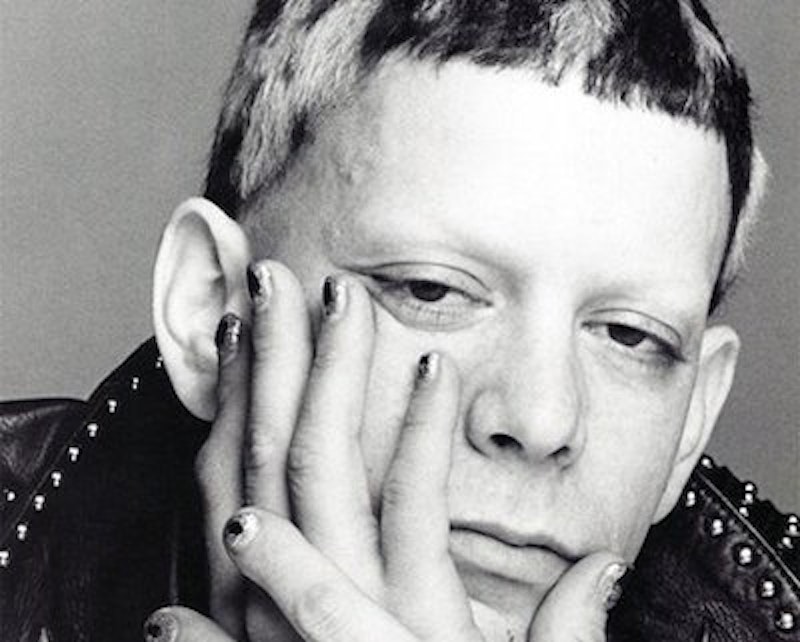 Musician Lou Reed walked around with a swastika shaved into his head for a while, noted Anthony DeCurtis, author of Lou Reed: A Life, in a talk at the New York Public Library this week. So, clearly Reed “was a provocateur.” Yet he quietly dropped the line “And the colored girls sing” from live performances of “Walk on the Wild Side” after he realized it bothered some people.

It’s his song, and he could do what he wanted with it. Nothing wrong with walking on the nice side if he thought the song still worked. I trust he and most—not all but most—of his artist acquaintances would’ve been up in arms if the government had removed the line, though, and would’ve been at least irked if ignorant Twitter mobs had demanded the line’s removal as “hate speech.” (I’m not sure where his widow Laurie Anderson stands on the question, though I’ve worried about her authoritarian tendencies ever since she said at a concert back in 1990 that what she’d like to say to people fleeing communist East Germany toward capitalism was “Go back!”)

Who do you trust to censor? Not government, I hope. But when private entities do it, especially individuals to their own work, it’s really editing, not censorship, as has often been pointed out in defense of companies such as Twitter and Facebook when they ban people.

Then again, fraud is also wrong, so if you dupe people into joining what they thought was a free-for-all with clearly stated conditions but was actually a trap for stifling some philosophies and amplifying others—be it an online platform or a university—you deserve to be sued. Furthermore, even if no one has a legal case against you, you may well at least be a jerk if you keep stifling others’ opinions, even on your own property or site.

Bridging the era when we feared the cops openly crushing the punks and the era when we fear the tech giants stealthily deleting the conservatives is, as it happens, Courtney Love, who was the earliest person of significance (according to a Wikipedia list) banned from Twitter, back in 2011 before it was cool. No one who has followed her career will claim she’s a conservative, nor will anyone who has followed her career be confident Twitter made a mistake. Love is scary.

After her, that chronological list of the Twitter-banned evolves like a halfway-decent summary of the political controversies of this decade, climaxing with numerous right-wingers and suspected Russia-symps getting ousted, followed as of this writing by a denouement involving people who too vocally think trans activists are crazy.

I won’t pretend it’s perfectly obvious who and how Twitter should suspend, if ever, but it’s troubling when Laura Loomer is suspended from Twitter precisely for denouncing Islam’s authoritarian tendencies—and I say this as someone who happily condemned Loomer in a prior column after she barged onto a theater stage uninvited to denounce leftists and to stick up for Trump. It’s the house rules that should matter, online or off, not which culture-army you’re representing. I wouldn’t want her to start mouthing off in a mosque, either, but by contrast I’d let her tweet all day long about the evils of female genital mutilation, if I were Twitter CEO.

I’d also happily let another Twitter-using Canadian, feminist Meghan Murphy, state the fairly obvious, linguistically-conventional truth that men aren’t women, though she just got banned for that (her statement was not contextless but rather was part of the ongoing TERF war over whether trans-exclusionary radical feminists are cruel to oust “women” who just happen to have been born with penises—or are protecting women from interloping men, the way feminists are supposed to).

Lest we thought the tech giants were chastened by the recent waves of criticism directed against them for moves like these or thought they were getting more nuanced, note Twitter also just banned a mainstream conservative commentator (a veteran who occasionally appears on Fox), who’d gotten no prior warnings and has been given no explanation, for life, “coincidentally” just days after he called tech censorship a problem on-air. A deputy editor at the conservative Weekly Standard seemed to approve that ban (or perhaps just ones like it on principle)—perhaps because his mag has become part of a censor board itself, namely Facebook’s.

It’s difficult to say with objectivity that the Standard’s, uh, standards are wrong, but it’s troubling how much easier it becomes to accept censorship when you expect to be part of the establishment calling the shots.

Note again that my wariness of all such bans has little to do with whether I expect the right or the left to be the ultimate beneficiary of censorious tactics. The left can be creepy censors, but the last thing I want is for the right to respond by embracing ideas like Trump’s call for a government-run network that would be a response to CNN. How long would he expect that new socialist institution to go before becoming a powerful new mouthpiece of the left? Two years? Six?

Like so many of Trump’s opinions, which I don’t want to see become widely-held conservative opinions, that one seems like a snarl at his enemies born of long frustration, not a carefully thought-out position. One commentator back in 2016 called Trump “the hip-hop candidate” because he spends more time radiating attitude and denouncing foes than creating good works. That sort of braggart is not a good long-term foundation for moral or legal philosophy, needless to say, nor is being permanently reduced to the “heel” (or for that matter “gangsta”) role a good long-term position. Heroes build civilizations. Villains are brief, dark episodes.

On the bright side, the Trump-era bigmouth factor emboldens some good people to speak out, too, not just louts. Unlike countless snooty elite intellectuals, I remain very eager to see whether the upsurge in conspiracy theorists’ popularity this decade will turn out to be a net positive for society. It yet might, and so they, too, ought to be more welcome in public forums than they’ve long been.

It’s at the very least amazing to be alive at a time when conspiracy theorist (and indirect Wikileaks associate) Jerome Corsi is telling off ex-FBI director Mueller and saying the latter’s legal pressure threatens the former’s intellectual integrity and honesty. That’s a huge defeat for the Deep State already, isn’t it? It’s like a prominent historian saying he’s tired of the Air Force badgering him to stay silent on Roswell.

If private individuals and private electronic forums want to avoid Corsi like the plague, so be it, and maybe they’re right. But if the government can’t shut anyone up anymore, even if they’re nuts, that’s the really wonderful part with positive long-term implications. Any punk should be able to see that.