Now that we've arrived at $4 gas, it seems like everyone wants to get down with alternative energy. But at least one form that's been championed as a gas substitute by the U.S. government is directly tied to the dramatic (and destabilizing) increase in global food prices, according to a new report by the World Bank. Are biofuels doing more harm than good? 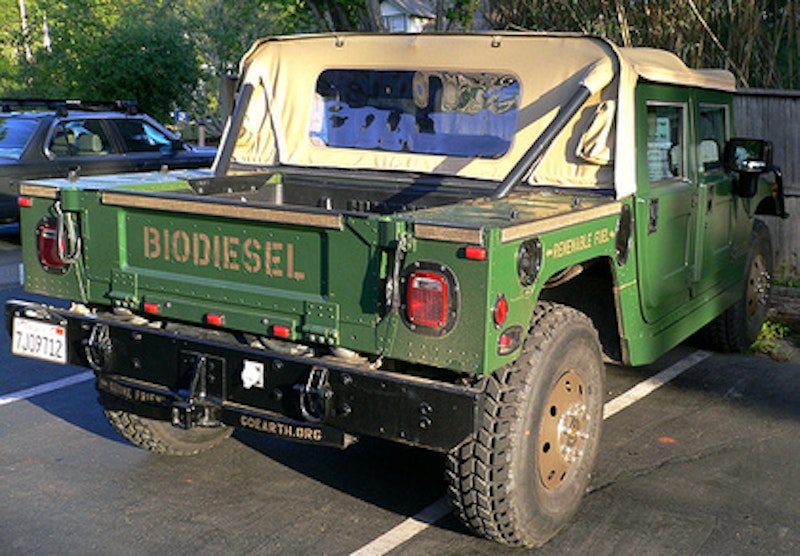 Biofuels have forced global food prices up by 75% - far more than previously estimated - according to a confidential World Bank report obtained by the Guardian.

The damning unpublished assessment is based on the most detailed analysis of the crisis so far, carried out by an internationally-respected economist at global financial body.

The figure emphatically contradicts the US government's claims that plant-derived fuels contribute less than 3% to food-price rises. It will add to pressure on governments in Washington and across Europe, which have turned to plant-derived fuels to reduce emissions of greenhouse gases and reduce their dependence on imported oil.

"Political leaders seem intent on suppressing and ignoring the strong evidence that biofuels are a major factor in recent food price rises," said Robert Bailey, policy adviser at Oxfam. "It is imperative that we have the full picture. While politicians concentrate on keeping industry lobbies happy, people in poor countries cannot afford enough to eat."

Rising food prices have pushed 100m people worldwide below the poverty line, estimates the World Bank, and have sparked riots from Bangladesh to Egypt. Government ministers here have described higher food and fuel prices as "the first real economic crisis of globalisation".