Your Tuition Dollars Are Killing the Planet 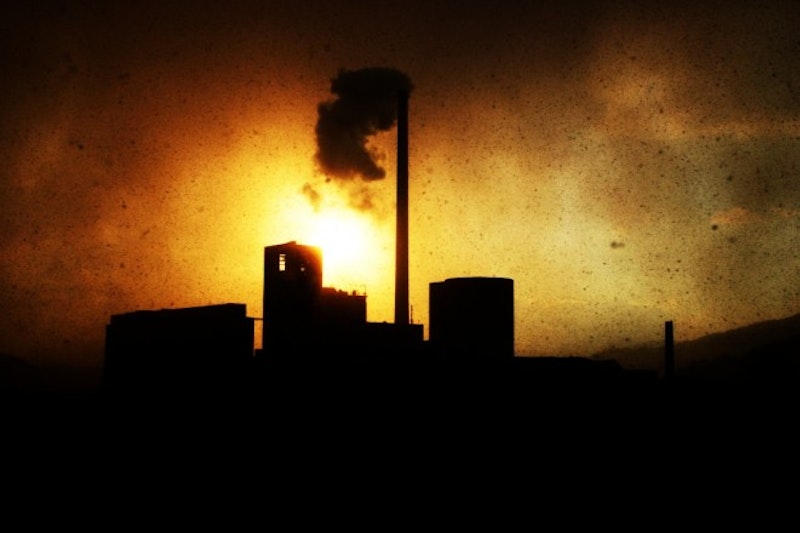 Environmental activist and journalist Bill McKibben issued a manifesto in Rolling Stone in late February making the case for why universities should divest from the fossil fuel industry. College administrators invest the school’s endowment in the stock market, often picking out various coal or oil companies. The divestment campaign described by McKibben raises a reasonable point: why are these schools investing your tuition dollars in an industry that’s wreaking havoc with the environment? “If it's wrong to wreck the climate, it's wrong to profit from that wreckage,” says McKibben. Time magazine argues that this is the next frontier for climate activism.

Like so many modern conundrums, the environmental movement is a complex one with a multi-layered and hard-to-trace chain of effects. Figuring out your own role in the system can be a real mind-twister, and in searching for a quick fix, it can tempt you to say: We aren’t giving the money directly to ExxonMobil, Peabody Energy and Arch Coal etc. We are giving it to a college, which is then giving it to the fossil fuel companies—phew, now I don’t have to think about this anymore. Obviously, this makes no sense if you’re concerned about the environment.

While Eric Hendey in the Harvard Political Review is less convinced of the efficacy of divestment as the main galvanizer for change, he argues that generating buzz might be one of the most successful things the divestment campaign has going for it. At the very least, it gets people talking.

Since graduating from the University of Virginia in 2008, I’ve given a total of $50 to my alma mater. You’d be right to think I don’t carry much sway at UVA. Furthermore, UVA is not exactly enamored of liberal causes, and 10 bucks says when my husband and I email President Teresa Sullivan to ask her to divest, she’ll ignore us. But you know what UVA and Sullivan are? They’re examples of what a lot of people can do when they come together and make a stink about a shared cause. Last year, the University made headlines when its powerful board of directors fired Sullivan but was then was forced to reinstate her due to public outcry. So while I may not be able to grab Sullivan’s attention by myself, a mob of angry students and alumni might.

A long history of civil disobedience through divestment is why McKibben is betting on a movement that looks to have long odds working against it. You might be more powerful than you think. Collective action has taken down corporate behemoths in the past. Divestment from South Africa in the 1980s is widely considered to have been instrumental in bringing the apartheid government to its knees. Similarly, the tobacco industry was shamed out of its stranglehold on power.

Here are a few simple steps for how to get involved:

Visit the Fossil Free website: www.gofossilfree.com. See if your school has a campaign already in motion. If not click “start” a campaign. There are options for alumni as well. Your paths will be varied from there and the Fossil Free site makes them clear, but in addition, consider writing letters to your school president, trustees, faculty, the Dean of students, or an Alumni contact. The site has thoughts on how to go about this as well as a helpful toolkit for creating a campaign which includes a six-part plan for how you can “turn up the heat.”