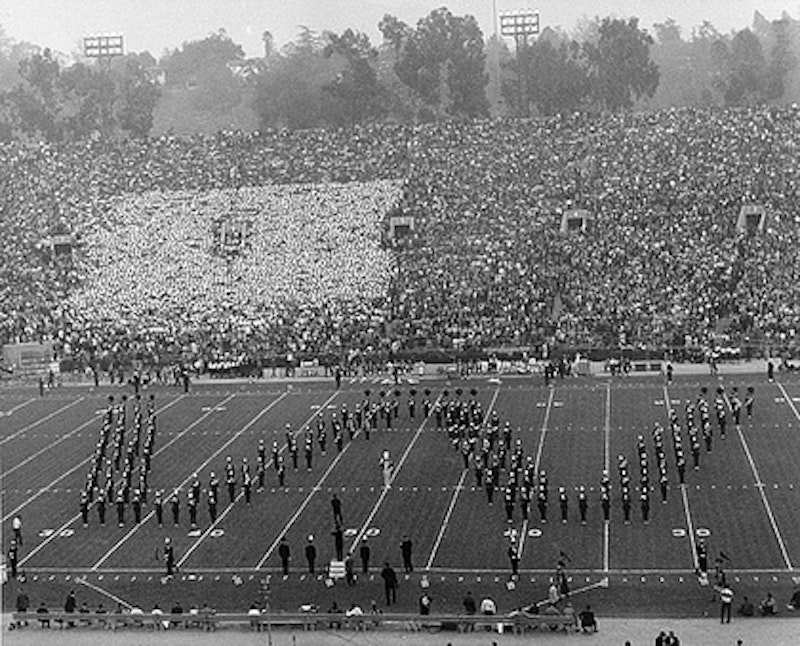 I thought this kind of stuff came under the umbrella of frats and sports teams:

For the first time in his 40-year tenure as director of the University of Wisconsin Marching Band, Mike Leckrone’s group did not play at Saturday’s home football game, as the Badgers lost to the Ohio State Buckeyes 20-17. There was no pre-game show, halftime show or Fifth Quarter. Various pop songs filled the air during commercial breaks, and a recording of “On, Wisconsin” was played when the Badgers scored. The decision to suspend the band was made Friday afternoon by Leckrone in response to allegations of hazing during a trip to the University of Michigan. An investigation is being conducted by Associate Dean of Students Kevin Helmkamp. Leckrone would not describe the incidents in detail, only saying they involved alcohol abuse and “inappropriate sexual behavior.”