College kids do stupid things, especially when they think they’re being serious. 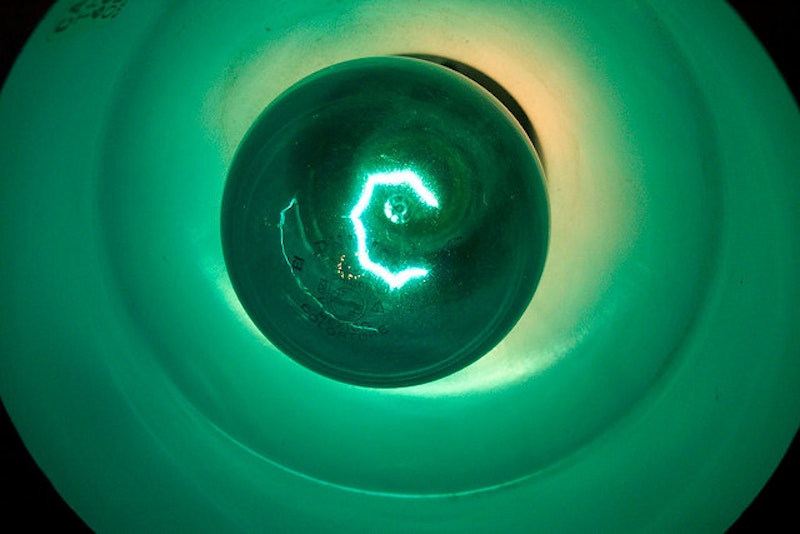 Victory of the People

My university was located in a small New England city. Up on our hill we had the campus and with it several adjacent neighborhoods where students and faculty lived. Neighborhoods with faculty were leafy and well-tended; neighborhoods with students were bleak-looking, not to say rough. The main part of the city, at the foot of our hill, was a rundown zone of alleyways and underused factories and shopping centers where nobody shopped. But the hill could get scrubby enough. My neighborhood had lawns and broad trees and more family homes than not; we were a student-faculty mix. But go a few streets north and you were around fenced-off parking lots and had the expressway on top of you.

One night in the spring, with the street outside gone inky because of the big trees on our block, somebody knocked at the door of the apartment where I lived. I shared the place with three other kids, none of whom I had known before moving in. On that particular night they were all out and I was alone, which matters for one reason: In the window of our living room stood a little green light in the shape of a candle, and I had turned it on.

I shouldn’t have. That green light had a policy; it was supposed to be on only when a woman was present in the apartment. A campus feminist group had come up with the idea. Say a woman was walking down a dark street and felt threatened. There were footsteps behind her, or a man dodged from shadow to shadow on the street’s other side. She looked about her. There, in a nearby window, a green light glowed and she knew she could go somewhere safe. Not only safe but actively reassuring, because the green light guaranteed that another woman would be present. No woman in the apartment, no light. The idea was that the fugitive woman, the one coming in off the street, would know that she wouldn’t be alone among males. Not that this condition, as my two female roommates had explained to me, was necessarily dangerous in itself. But it would still, quite possibly, be hard on the nerves of the already frazzled fugitive woman.

Why did I have the light on? I don’t remember whether I was being a wise guy or had simply forgotten. But it was on and a knock came at the door, and there on the doorstep was a small, frightened-looking woman in her 20s. She explained to me that somebody appeared to have been following her, and that she wanted to call a friend to come pick her up.

I showed her in, pointed to the telephone, and then went off to lurk in the kitchen. I stuck my head into the living room to ask if she wanted water, then disappeared again when she said no. I began to feel that I was acting rather spooky and doing little to help her nerves settle.

Her friend showed up. The woman thanked me and left.

My roommates returned one by one. The more authoritative of the two female roommates (a pair of portly girls) sized up my report, then told me I had obviously done no harm. So that was all right.

I never heard of anybody else who let in a green-candle refugee, or anyone who had seen a green candle during a moment of danger, or who had looked for a green candle, or who knew of anybody who had done any of the above things. It just wasn’t an issue that came up in conversation. And then the program was gone. For a few months there you’d pass the occasional apartment window with one of the lights; then, not.

I graduated. Years passed, then more years. A decade went by. A decade and a half. I told the story to a woman I knew at work. She had her views, among them a very go-team attitude toward womanhood. One time she told me she didn’t like a particular stage production we had both seen. I asked why not and she considered, then said it was because the cast didn’t have any women. The show was about Michael Milken, his prosecutors, and his colleagues, all of them male. But Grace figured the producers could have found a way.

We were talking about college and I told her the green light story. “You see the problem,” I said, because it had taken me 15 years to figure it out. Grace tilted her head quizzically. “What if somebody had really been out there,” I said. “And I had done what I was supposed to. She would have been stuck. She would have been in danger and stuck, just so she wouldn’t feel possibly a little more nervous while waiting someplace safe for her ride.”