How to Be Rejected from Graduate School 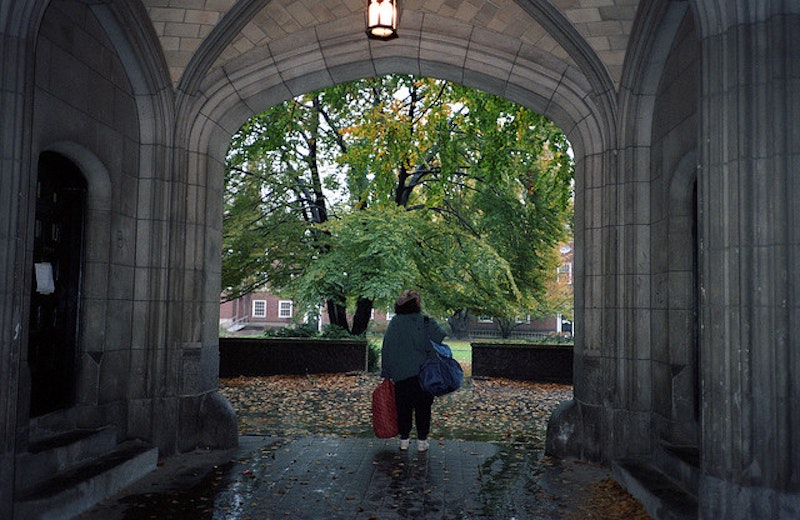 Come home from a long day at your job as a paralegal at a law firm. Hate your job but stay because you need to pay the bills—just until you get into the top graduate program in whatever. Every morning you schlep to work and all you can do is count down the days until that big fat letter or juicy email pops up in your inbox. You know your admit letter is coming—it’s only a matter of time. Any. Day. Now.

Stalk the websites of all the schools you’re waiting to hear from. Learn everything about the Department, the University, the place you will call home for five to 10 years. Go on Craigslist, figure out where you will live so when you’re accepted you can visit campus and pick up a new place.

Memorize the area codes for all the schools you applied to. 510. 212. 203. 609. Delusionize that if your phone rings and the number has that area code in it, you know you’re accepted even before you pick up.

Jump anxiously every time your phone rings. Tell your friends to stop calling you so much! Make sure your Samsung Captivate or iPhone 4 is never on vibrate, especially not after Stephanie told you that people typically call to tell you if you’re accepted. Good news never comes in a thin letter.

Visit thegradcafe.com several times a day, typing in the name of your school to find out if people are talking about admissions decisions. See that they are. Somebody got accepted to Cornell via email on March 7. Somebody else was rejected by the website on February 10. The anxiety and waiting game is eating you alive, you can barely take it.

Begin to hear about other people getting accepted into programs. Compare yourself to them. Get competitive, telling yourself if they can get in, you are clearly and obviously going to get accepted. You know you’re the only person who’s ever looked at homeless gay youth of color on Chicago’s South Side. Nobody else has your research profile. Nobody!

Receive an email from Columbia University. Your heart stops as soon as you see the thing in your inbox. Open it. All it says is: “Please See the Attached Letter.” Confusing emotions start to boil up. Click. “Dear Applicant”—at this point, you’re not even worthy of having a full name. “Thank you for your interest in our program”—blah, blah, blah—“We had over 100,000 applications for only a half a spot, not even a full spot”—so the fuck what—“But, anyway, we didn’t accept you so move on with your life.”

A day later, three thin envelopes in a row—University of Rochester, University of California, Berkeley, and University of Texas at Austin. Denied, denied, denied. Okay, now you’re starting to worry. Four rejections in two days. Wonder if all the schools got together to reject everybody at the same time. Wonder if they spend a lot of time thinking about how to craft the meanest, most abusive decision letter. Why are they ganging up on you like this? Do you suck that badly? You threw away $200 for them to reject you. The least they could do is send you a piece of chocolate or, perhaps, a bottle of Belvedere to help can coax out your sorrows.

Time is running out. Despise your Facebook friends who continually remind you that you haven’t been accepted anyplace yet when they write status updates such as: “Brown, Princeton, or Harvard? Where should I go? Decisions, decisions!” or “I’m gonna be a Yaley!” Get mad because they spelled “Yalie” wrong—and you get some sick pleasure out of knowing that. Get even more annoyed when another friend of yours gets into Yale and somebody comments on his Facebook, “You’re the James Franco of Washington State University!”

It’s April 8 and now we’re a full seven days away from the date that people have to commit to where they’re going. (April 15t). You haven’t been accepted any place yet, and you’re slowly thinking about just giving up and teaching English in Spain. Lying out on the beach, surrounded by Spanish men, should help you deal with not being good enough for a Ph.D.