All kids should be so lucky. 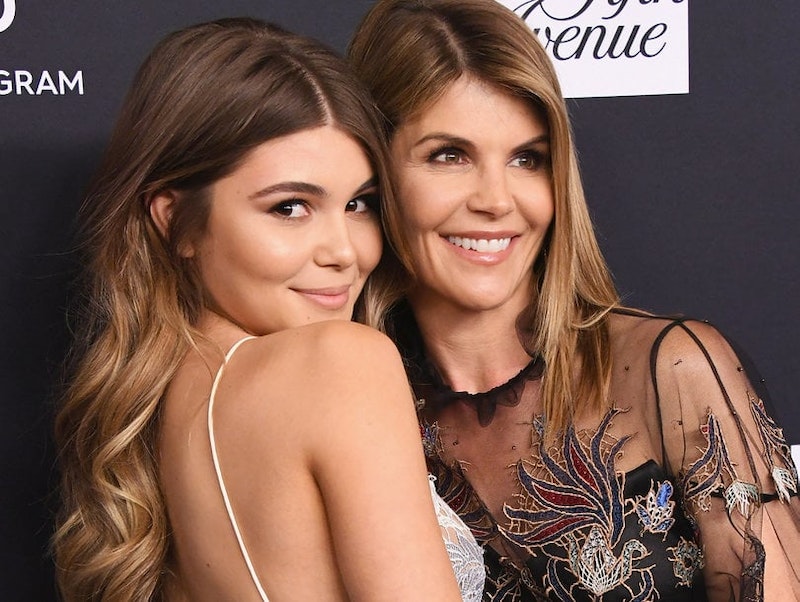 The firestorm around Olivia Jade Loughlin last week suggests some uncomfortable answers. Loughlin, as millions now know, is the daughter of actress Lori Loughlin, who committed fraud to get her daughter into college at USC. The admissions scam, organized by William Rick Singer of the admissions prep company The Key, catered to rich clients like Loughlin and actress Felicity Huffman. It helped kids cheat on tests by connecting them with corrupt proctors and also involved bribes to college officials. That included coaches who lied to convince admissions officers that students involved were valuable athletes. More than 50 people, including parents, coaches, administration officials, and test proctors, face federal charges.

Among the few people caught up in the scandal who have not been charged, though, are the students. There hasn't been any evidence that Olivia Jade knew that her parents were cheating to get her into college.

Nonetheless, some public outrage has centered on her—and particularly on reports that she’s not particularly interested in school or in getting a good education. She posted a video to her YouTube channel in which she joked, "I don't really care about school, as you guys know." She said all she really cared about at college was "game days" and "partying."

It's irritating that Loughlin, who doesn't care about school, got a coveted spot at USC because her parents cheated and committed fraud, while other kids who worked hard for the chance to study there were rejected. It's unjust. But Olivia Jade didn’t perpetrate the injustice. True, she didn't care much about education. But lots of kids don't care much about learning in school. Adults like to moralize about that, but the truth is that kids are forced to go to school, whether they want to or not. Some children like math, history, or reading. Many, rich or poor, don't. It's easy to sneer at Olivia Jade for her privilege, but there's nothing privileged about being forced to spend six hours a day studying stuff you hate. As George Bernard Shaw said, school is, "in some respects more cruel than a prison. In a prison, for instance, you are not forced to read books written by the warders and the governor."

The rationale for forcing kids to go to school is that it's supposed to help them get a job later on. But Olivia Jade didn't need a job later on. She already had a very successful career as a YouTube vlogger, with lucrative sponsorships by Sephora and TRESemmé. She thought school was useless for her, and she was correct.

As with many kids, again of various income levels, Loughlin was going off to college not to pursue her own dreams, but to fulfill those of her parents. It's no doubt in part because she had so little interest in college that her parents engaged in fraud. They were pretending their daughter was someone she wasn't, supposedly to help her out, but really to aggrandize themselves.

And, as is often the case when parents try to control their child's life, the results for Olivia Jade have been devastating. She’s lost most of her YouTube sponsorships. Her parents may end up going to jail. And she's become the focus of a barrage of mockery and insults, and a symbol for entitlement and corruption.

Olivia Jade isn’t the most injured person in America. Her family has money and powerful friends; she's unlikely to be destitute. Her business success was itself in large part the function of having resources, fame, and connections. She had opportunities many kids don't.

The impulse is to rejoice in her being torn down, in part because it seems an unconscionable example of privilege when kids are successful, famous, and… not miserable. Kids are supposed to do as they’re told. They're supposed to go to school until they've earned the right, after years of obedience and unhappiness, to go out and get a crap job and maybe have a hobby they vaguely enjoy on the side.

Olivia Jade’s the focus of anger in part because we hate to see kids get above their station. It's unjust that she didn't have to pretend to like school and was able to immediately be successful at something she loved. But the unjust thing isn't that she was able to do that. It's that most kids can't. Young people shouldn't be shamed if they don't follow the approved path for young people. Everyone should have the resources and opportunity to pursue what they love when they're young and can enjoy it.

The admissions scandal is correctly discussed as a sign of how our society is rigged for the rich and powerful. It's also an example, though, of how much power parents have over their kids, and how that’s enabled in part by the fact that we think it's an unearned privilege when children are happy.