Taylor Mali helped create one thousand teachers in the last twelve years. What have you done for National Teacher Appreciation Week? 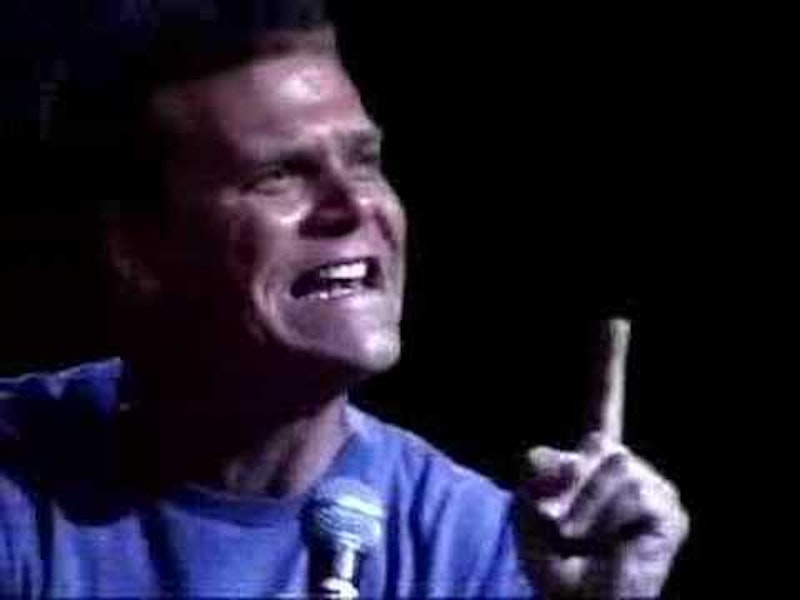 About 12 years ago a guy named Taylor Mali set out to create 1000 new teachers. He just accomplished his goal, and considering that this week is National Teacher Appreciation Week it’s a fitting time to applaud Mali’s efforts. I met Mali a couple of times as a high school student, and his message took root. His hit poem, "What Teachers Make," impressed me with its advocacy and heart. It spoke toward and called for an aggressive defense of the profession that doubles as an art.

I have the honor of knowing a group of fine teachers and could not ask for better colleagues. Mac Stanton, Jay Goldrick, Lauren Grasso, Kim Wall, Katie Hauswirth, Celia Johns and Kaitlin Furrey possess a depth of character that I’ve never seen matched and do not expect to see again, although I hope I do. These educators, and those that came before them, have created a model for education in low-income environments. If you have the inclination of seeing what a teacher should look like and sound like, then spend a day at a Nativity school.

Bill Burke of the St. Sebastian’s School and the late Norm Walker of the Holderness School are a couple of walking instruction manuals for the aspiring educator. Burke has a love for students that informs sincerity. Walker blustered like the wind that whips around Franconia Notch but he called for a steadiness—“Don’t get happy.” Mike Shea can take Macbeth and make him understandable and sympathetic to a 13-year-old boy. Peter Durnan and Chris Day serve as a bridge between the brain of a child and the mind of an adult. Students enter their classrooms certain of the difference between black and white and leave uncertain if gray exists. Holly Caten and Paul Elkins add life to the study of biology.

Tristan Davies forces all of those who enter his classroom to question the nature of originality and without saying he reminds his students that a 20-year-old can only see the world from the eyes of a person that age. Richard Ford wrote in The Sportswriter, “Teachers, let me tell you, are born deceivers of the lowest sort, since what they want from life is impossible—time freed, existential youth forever. It commits them to terrible deceptions and departures from the truth.”

A sad truth emerges from Ford’s narrator, a small one at least. There is something especially destructive and false about a bad teacher. He teaches to place himself in the seat of the knower. He thrives on the ignorance and the susceptibility of his class. He enjoys puppetry over education. Teachers, good ones at least, thrive on the moments when a student looks up from his notes, after struggling with a lesson, with a sly smile and awakened eyes. Teachers facilitate a love of discovery and can think of no better time spent than the time passed bearing witness to it.

Unfortunately it seems that Ford’s warning has taken a deeper root than it should have. Its message has been politicized as illustrated by last spring’s fight over teacher’s pensions and contracts in Wisconsin, and the effort to make teachers look outlandishly greedy and lazy. This week should serve to remind you that Ford’s message meant to give us the ability to identify the fraudulent educators and the gumption to dispose of them. However, beware the broad strokes. This country desperately needs excellent teachers. President Obama has stressed the need for teachers in countless speeches he has made, but the budget that may pass could cripple the viability of the profession between raising interest on student loans and slashing the funding for public schools. Teachers do not need constant praise. They do not even need a week set aside for their appreciation.

Mali closes his poem by saying, “You want to know what I make?/I make a goddamn difference! What about you?” That is all teachers need. It is the need for an opportunity to teach a kid that he loves to learn, that complacency will doom anyone, and withholding empathy is just about the worst way you can short someone. I am forever indebted to my teachers, my colleagues who challenge me daily and my mentors who gave me a model to work from. And Taylor, if you happened to stumble on this, then consider me number 1001.