The War Against Adulthood 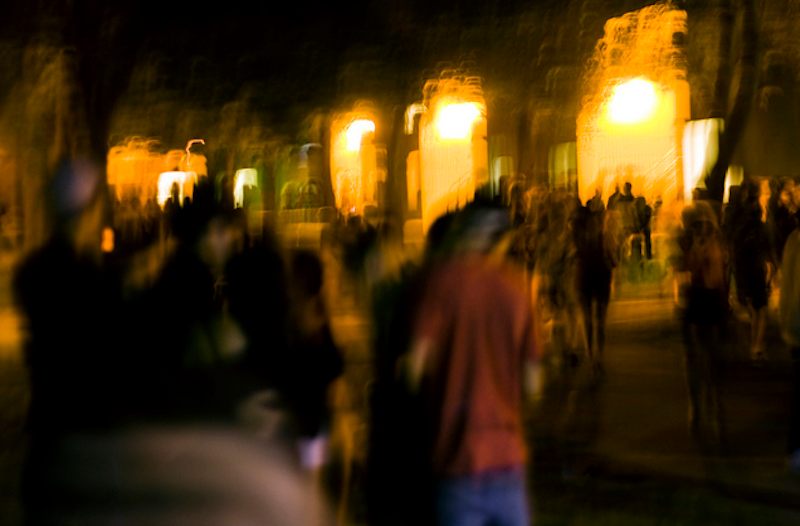 On a recent Friday night I went undercover as an undergraduate at a famous university in the south that I didn’t attend.  My field notes:

10:30 p.m. I approach campus and it occurs to me that all the kids in college today were born in the 1990s. They don’t really have any of their own memories from the last century. Are we in different generations? I’ll party with them to find out.

10:35 p.m. My host and occasional conspirator is a ridiculously handsome and popular guy who carries unopened bottles of beer with him wherever he goes. He opens them on nearby table edges or curbs with genuine nonchalance and an almost palpable “I do this all the time” air. In fact he’s like this all the time, which might explain his popularity.  We roll around looking for the people who are going where everyone on this night is supposedly going, the big campus party.

10:45 p.m. List of conversation topics in the all male dorm room pre-game session:
—Vintage blazers
—Hard liquor
—Shots, and how great they are
—The “best” beer
—Who’s been hooking up with whom
—Smartphones
—Why college life here sucks but the people/girls/parties/crime are far more badass than anywhere else
—Who is entitled to wear his shirt unbuttoned on account of sufficiently visible chest hair

I try not to participate too much for fear of injecting the condescension that ruins experiments like this. But before heading out into the night my host delivers a cynical monologue on the purposelessness of college.  I get behind him on lots of his key points and a real simpatico starts to develop.

11:15 p.m. The first party is an enormous, institutionally sponsored affair and it feels like a stage play with casting decisions coming straight down from an admissions office deeply invested in deliberate heterogeneity. Despite their action hero costumes I can quickly identify the thoroughbred daughters and sons of the American Revolution, the children of immigrant engineers and physicians, the New York kids, the Midwestern athletes, the real Southerners. I wander around a bit in search of genuine mirth. On the dance floor the gaiety is a bit stale due to exhaustion and/or the declining effects of stimulants. In the men’s room there is the unmistakable scent and sound of people vomiting in public toilets. By the bar I try to talk to a girl who’s seated alone drinking cola but her friend approaches and offers her another glass of “pinot.” She doesn’t cotton to my remarks about mixing white wine with Coke and gets up awkwardly to go.

12:30 a.m. Party number two is at a local club. The practically catatonic girls keep asking me the same thing, “Are you in Pike?” which slowly helps me realize that a fraternity is throwing this bash and that all the girls in attendance have one seemingly easy-to-achieve goal on their minds. At the bar a guy asks me haughtily, “Are you a senior? I haven’t seen you around.” I feel very small and insignificant and worry that my cover is going to be blown if I don’t produce some campus shibboleth. I try to tell him that I’ve just returned from “study abroad” but he doesn’t hear me because he has to join one of his bros in a round of shots.

1:00 a.m. I spend some time dancing with a gorgeous young woman who vibes depth and intelligence despite the glow stick straws that have been chauvinistically pinned on her at the door. Suddenly, she sulks off.

1:30 a.m. They serve me types of thin watery beer that I’ve never had before and I start to seek companionship from the bartender which makes me feel old and threatens/confuses her because she probably thinks I’m making fun of her.

2:00 a.m. They kick us out of the club and my host spends 10 minutes deciding which of two girls who are throwing themselves at him he will oblige. The one he doesn’t choose looks at me suspiciously and starts thumbing through a Twitter feed on her iPhone. I try to remember what the equivalent of this newsfeed was in my college days. I can’t come up with anything.

2:10 a.m. My host falls asleep in the cab back to campus. The girl smitten with him attempts to keep him awake by tenderly squeezing his hand. She asks me if I’ve heard of any parties that might still be going on. She has a lot of composure for the early morning. I expect she had very attentive parents. “I’m a freshman,” I say. She inspects my face. “You look a hell of a lot older than the rest of us.”

2:30 a.m. In the campus parking lot I sit in my rental car with the heat on. I decide I’m in no condition to drive anywhere, so I drop the seat back and try to fall asleep. Though I’m about to turn 30 I’m not too proud to sleep in a college dorm parking lot. I think the people I met tonight are in a different generation than I am. We speak in the same tongues and have similar goals but I remember talking to girls who couldn’t rely on Twitter to quell social anxiety.