From Comics to Karate

There's a college degree for everyone. 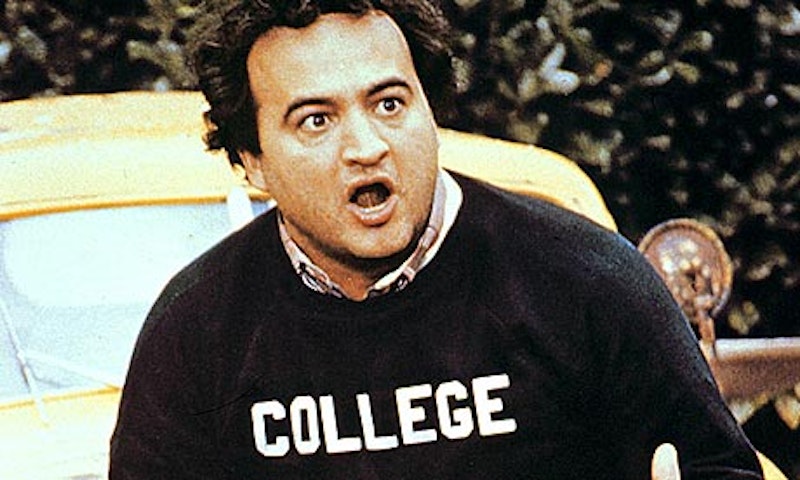 Thinking that higher education, or even continuing your studies, just isn’t for you? With the wide range of courses of study available, and a growing number of online graduate classes and additional certification programs, that’s probably not true. Here are six hilarious fields you can actually major in. Still think that college can’t be the right choice for you?

Puppetry
There are two universities in America offering a major in puppetry. You can actually learn about “trends in contemporary puppetry” and prepare for a career in design, or screen and stage puppeteering.

Doctorate of Philosophy in Ufology
That’s right. That’s a doctorate in UFOs. If you’re hoping to become a real life Fox Mulder, consider Melbourne University. The Aussie university offers a course of study in unidentified flying objects, and in August 2008, Martin Plowman became the first student ever to be trained for studying life outside our solar system. The degree focused on the social history of alien culture on earth and how alien abductees are shaped by abduction experiences.

Comic Book Art
Want to be the next Stan Lee? Well, with the Minneapolis College of Art and Design, you’ll have time to work on creating the next big superhero to ever put on a pair of tights and a cape. You can thank the graphic novel and the superhero movie trend for this major being put on the map.

Master’s in Tae Kwon Do
No longer just a cheesy threat in dubbed karate movies, you can get a master’s degree in tae kwon do. South Korean Kyung Hee University offers a multidisciplinary degree in tae kwon do, with students learning about the physical applications of tae kwon do, in addition to the mental and spiritual aspects of the art form.

Master’s in Digital Games
Unlike tae kwon do, this master’s program focuses on the elevation of a new art form, instead of furthering education on an older one. At Liverpool John Moores University, students in the MA in Digital Games program learn about the history, psychology, and cultural issues that surround video gaming as a new art.

Comedy
In 2009, Southampton Solent University granted the first degree in Comedy, focusing on the media industry, production, performance, and history of comedy. You really can get a degree in a hilarious field. We’re not kidding. This is not a pun.

As more and more high school students head to college, they’re finding more and more college courses perfectly suited to their needs. Before you write off your college options, make sure that there isn’t something suited for your particular interests.