Summer’s in full swing and I’ll go crazy if I hear “I’m bored.” 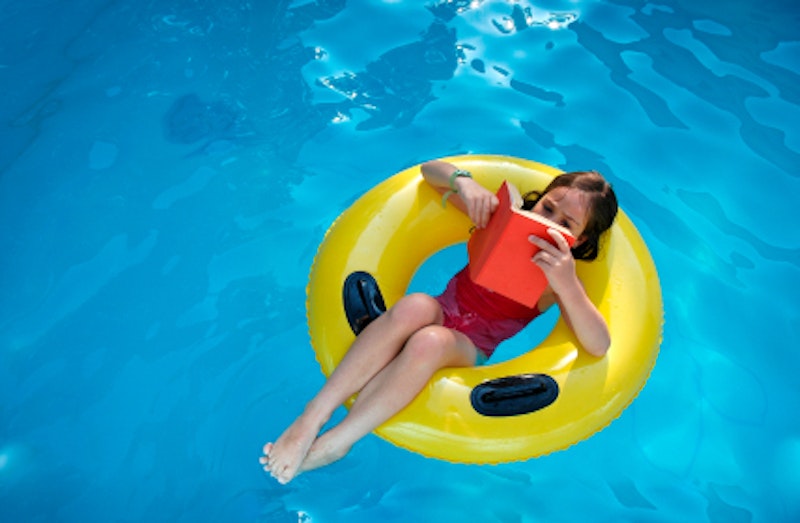 At what point in the history of parenting did children become entitled, spoiled little brats? I refuse to allow this to happen with my own children due to my unique parenting style that utilizes mild psychological terror techniques. Seriously, I could probably be a consultant at Guantanamo Bay. I never hit my kids. But a death glare from across the room will stop them in their tracks. I guess I’m kind of old school. I expect them to be well behaved, not whine, eat the food they’re given (“picky eaters” only exist in households of parents who are willing to raise picky eaters) and be relatively independent—make your own lunch, do your own homework. My parenting style is what’s known as a “free range” approach, versus the “helicopter” approach of moms and dads who micromanage every movement of their offspring.

So now it’s summer. Other children who have wealthier parents are sending their kids to camps—sometimes for every week of the summer. Tennis camp. Golf camp. Sixteen lacrosse camps all across Maryland. Environmental camp, two weeks, $650 a week. Even if I had the money to do these camps, I wouldn’t.

My kid: “Oooh, there’s a really cool sailing camp some of my friends are going to! Can I go?”

Me: “Please return to your planet and restore my child’s brain to her body here on Earth.”

So they don’t even bother asking anymore. They know I’ll have a meltdown if I hear the word “bored.” My kids don’t want to get a “mom’s childhood” speech, so normally they know better than to ask about summer camps. One exception to this is band camp, because I have a kid in the high school marching band. It’s free.

Okay, I caved on Harry Potter camp for my 10-year-old. But the only reason I did it was because the last three summers she’s watched all her neighborhood friends gather (right across the street from our house) to leave for the one-week thing. I decided to let her go so I would have one less cause for eternal mom guilt.

I won’t bore you with the whole speech, but suffice it to say that my “camp” speech involves long tales of my childhood summers spent (and enjoyed) at our apartment complex pool, open till close every day. Scraping together quarters for a game of Pinball or an ice cream sandwich, getting “benched” by the lifeguards for running, diving for handfuls of pennies at the bottom of the deep end.

Years ago, we actually took out a second mortgage to put in a pool in our backyard for our four kids to entertain themselves, have friends over, do cannonballs off the diving board. Money well spent. They’re all great swimmers: my son learned to swim before he could walk thanks to my repeated nightmares he’d drown in the backyard.

Every summer my kids watch their friends pack off to nature camp and field hockey camp and soccer camp and arts and crafts camp. But it’s not that they don’t have fun summers themselves. We live on the Eastern Shore where you can walk (a free nature trail!) to the water. They go fishing. They ride their bikes to the library and to get snowballs. I take them to DC to the free Smithsonian museums of their choices. We can go to the movies a time or two. I will keep some craft supplies around for a rainy day. They can do what I loved best as a kid many summers ago: they can read a book. It’s a lot cheaper than summer camp, and those memories will last just the same way.