All Those Boy & Girl Wonders

No graduation platitudes from this corner. 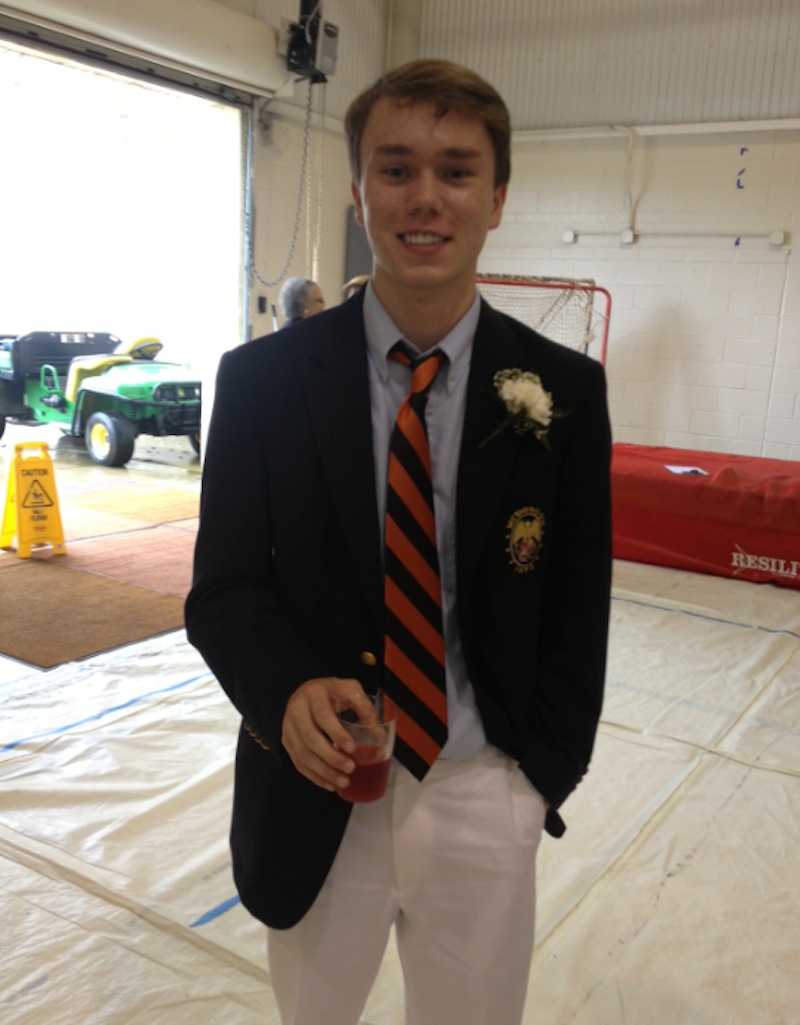 Let’s be honest: graduation ceremonies are for the birds. Yes, I understand such an event is a milestone—not as significant as a wedding or birth of a child, certainly, maybe more on the order of a bar mitzvah or confirmation—but except in rare, fortunate cases, the proceedings are long, tedious and enveloped in boilerplate platitudes that are dusted off every June by the presiding official. This isn’t a generous assessment, and I’ve no intention of offending graduates, their parents and school officials, but when a duffer such as myself, not so far off from the ranks of sexagenarians, sits through the symbolic march to adulthood, the thought of a snooze trumps the presentation of yet another award handed out at the podium.

Good God! What a cranky opening to a short recollection of my son Booker’s high school graduation last week! If only the flat-screen TV could be hooked up inside the doghouse! It’s just, well, I’ve attended more of these galas than I can list at the moment: brothers, relatives, friends, kids, and even one of my own. (That would be of the university variety—as was not uncommon in ’73, I skipped the high school event—and it was no fun at all, as featured speaker Admiral Hyman Rickover, a Jimmy Carter buddy, droned on and on until I swear at least five plump spectators were on the verge of passing out in the 100-degree heat.) And, as I refuse to conform to the deplorable casual dress that’s the norm today, even for funerals, the tight collar of my shirt—a Harvie & Hudson holdover from the 1990s—was bugging me on June 7.

Well now, carping dispensed with, I must admit that my wife, older son Nicky and I were all ear-to-ear smiles when Booker (pictured above), selected to be the senior class speaker at his graduation, bounced to the stage and delivered an exuberant five-minute address, which was by turns self-deprecatory, very funny and poignant. After the festivities, as we mingled at the reception a bunch of Booker’s friends told me that his speech was “awesome”—and really, if the day arrives when I hear that word less than 50 times, I’ll put a red sticky star on my nose—so that was pretty swell.

It’s been 40 years since I completed high school, and as we listened to the benedictions, hymns and presentation of diplomas, I drifted and drifted back to 1973, and thought about what an entirely different country we live in today. I’ll pass on the Boomer vs. Millennial discussion that’s so currently prevalent—I’m certain that the latter generation will prosper, sooner rather than later, apocalyptic media punditry notwithstanding—and focus closer to home. For instance, no matter how often it’s noted, I graduated in a year when term papers were still banged out on a typewriter or even hand-written; no cell phones; no ATMs; people read books on airplanes instead of fiddling with hand-held video games; no produce year-round, you ate what was in season; no Facebook; no AIDS; a now-quaint era when those disposed to following the news were consumers of newspapers and network television. If you missed a movie, tough luck; you’d have to wait for a revival at an art house. Like the British TV show, starring John Simm, if Booker traveled back to ’73 it really would be like landing on Mars.

This is reality, and this is your life, son. I can’t make the argument either intellectually or emotionally that my young adulthood was preferable to that of my sons, since it wasn’t. While I’m glad social networks didn’t exist in my teens, and my parents couldn’t keep track of my whereabouts, think hard about the incredible advances in medicine in the past 40 years. That’s just one single industry, but it serves a purpose: in ’73, most Americans had never heard of good or bad cholesterol, routine heart bypasses were way in the future, early detection of many forms of cancer didn’t exist, and, to lapse into the leisure world, Major League pitchers with elbow or shoulder problems were washed up instead of undergoing the commonplace Tommy John surgery. My kids can’t conceive of going to school on a Saturday to eat sugar cubes doused with a polio vaccine; and it wasn’t that far removed from a time when people died of “consumption,” a word that has zero recognition or relevance today.
I guess this is all fairly prosaic, but it’s the kind of daydreaming that perfectly suits a long graduation ceremony. It’s entirely possible, even probable, that when my mother sat through my own mind-numbing college graduation, she also got lost in a reverie, marveling at how her five sons didn’t live through the Depression or World War II, weren’t at the mercy of the cruel nuns at school and had TVs and electrical appliances, not to mention highways that made travel so much easier.

Every June, as graduation season gets into full swing, there are a slew of op-ed articles from journalists, professors and psychologists giving what they believe is profound advice to the young men and women sallying forth into a new phase of their lives. And mostly it’s all a bunch of baloney, just updated every five years to reflect cultural shifts. The only practical advice I can offer my son Booker, as he prepares for college in the fall, is this: have as much fun as possible, meet all sorts of people from different backgrounds, explore the city, travel on the cheap with friends and take advantage of the two or three professors whom you click with. Most importantly: remember that the cliché “College is the best four years of your life” is really a drag, for who’d want to look backward at the age of 22?