It’s been a minute since Splice’s last youtube party, but with the summer sun sizzling, its high time to find some shade and blast some soothing coed soul duets. 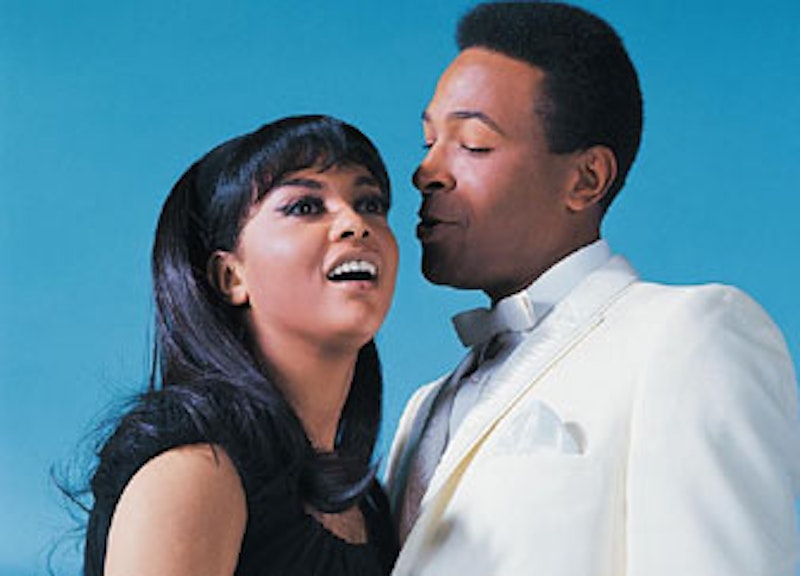 The male/female duet is a timeless concept that’s worked across disparate genres and varying eras, but nowhere more potently than in the realm of R&B and soul. Here, presented in no particular order, are eight high water marks from sixteen of the finest singers the other side of the ’70s.

Finding this 45 at a flea market in Seattle was the inspiration for this column, and this Alabama duo’s biggest hit. It’s not hard to see why, as they nail the back and forth ecstatic escalation that’s the hallmark of XX/XY soul. The horns echo their pleas and the sense of urgency feels as real as their somewhat scandalous relationship (Benson discovered her as a 17 year old). The pair would go on to record more hits, and their album Soul Shake is one of the best in the genre, but this powerful tune was their crowning achievement.

Ike & Tina are probably the most famous couple on this list, their tumultuous relationship matching their stormy R&B in intensity in hit after hit. With sixteen years of quality recordings to choose from, picking just one was difficult. “Proud Mary,” would be the obvious choice, but, to me, their first hit, “Fool in Love,” hits hardest. Performed here in a medley with “Work Out Fine,” its not hard to see what captivated Ike about the beautiful Anna Mae Bullock, causing the notoriously egotistical Ike to share his surname and cede the spotlight to the woman whose career would eventually eclipse his own.

Otis Redding would sound great harmonizing with a garbage disposal, but finding someone to actually match his raw swagger note for note is no small feat. Carla Thomas was up to the task, reaching deep for as much sass as any man could possibly bear. There’s a humorous overtone to the whole thing ("You wear overalls!"), but that crisp, military beat with Steve Cropper’s tasteful licks and Otis’ earnest pleas keep the somewhat dated references from seeming campy.

Motown turned the XX/XY format into a mint, producing hit after hit pairing their most dynamic male vocalist with a succession of female stars like Mary Wells, Kim Weston and Diana Ross. Each collaboration was fruitful, but it was Tammi Terrell who ultimately emerged as the perfect foil for Marvin’s suave, laid-back approach. The chemistry they had in spades led to plenty of rumors, but both swore they had a brother-sister relationship (each also happened to be in high prolife relationships with other Motown notables, Anna Gordy & David Ruffin). Watching this performance makes their alleged chastity awfully hard to believe - every stolen glance, every knowing wink offers compelling evidence to the contrary.

Judy Clay & William Bell certainly don’t share the same level of name recognition as contemporary Stax label mates Otis Redding & Carla Thomas, but their collaborations (and individual successes) were nearly as impressive. The gorgeously arranged, string laden ballad takes a relatable request from Bell, “Baby, baby, baby, please let me have your number” to the apparently extremely desirable Clay, so besieged with suitors that she relents and agrees to give him her “Private Number,” the latter day version of the secret cell.

I have to admit to not being much of a Roberta Flack fan, but Donny Hathaway ranks up there with Sam Cooke, Stevie Wonder, Otis Redding and Marvin Gaye in the all-time soul pantheon.  His voice is absolute butter, one of those god given gifts that transcends taste – I’ve yet to meet a single person that doesn’t love his cover John Lennon’s “Jealous Guy,” or for that matter the entire album it’s from, 1972’s Live. I’d generally steer listeners unfamiliar with his oeuvre away from the Flack LP’s and towards his earlier solo work, but there’s no denying that even amidst some saccharine arrangements and Flack’s somewhat grating voice, there’s enough Donny to make the effort worthwhile.

Jerry Butler & Betty Everett “Let It Be Me”

The fall of 1964 saw two versions of “Ain’t That Loving You Baby” getting radio play, with the flip-side of each eventually becoming the bigger hit. For Elvis Presley, it was “Ask Me” that eclipsed it’s A-side, just another in a string of hits for The King. The other version belonged to Jerry Butler & Betty Everett; The lush “Let It Be Me” beckoning deejays to the b-side, becoming one of the pairs most well known songs. Butler had already found fame as the original lead singer of the Impressions and would go on to enjoy a long and successful solo career, while, outside of Northern Soul circles, Everett never quite got the recognition her talent deserved.

The original version of  “Think Twice” was far from the highlight of either Jackie Wilson or LaVern Baker’s legendary careers, barely registering on the charts as a minor hit in 1966, but this alternate version (never officially released) is an essential glimpse into an era where entendre was key, and outright raunchiness was nowhere near as acceptable as it is in today’s pop music world. This would barely make a teenager bat an eye these days, but for the sixties this was as x-rated as music got, and probably a lot closer to the way many of these stars actually talked to each other when killing time on long bus rides and marathon recording sessions than the playful banter they initially laid to wax.