You Can't Quarantine the Flashbacks

An aging fan revisits some Pavement-associated memories—and the situations, persons, and locales entwined therein—as the band’s never-ending reunion tour draws to a close. 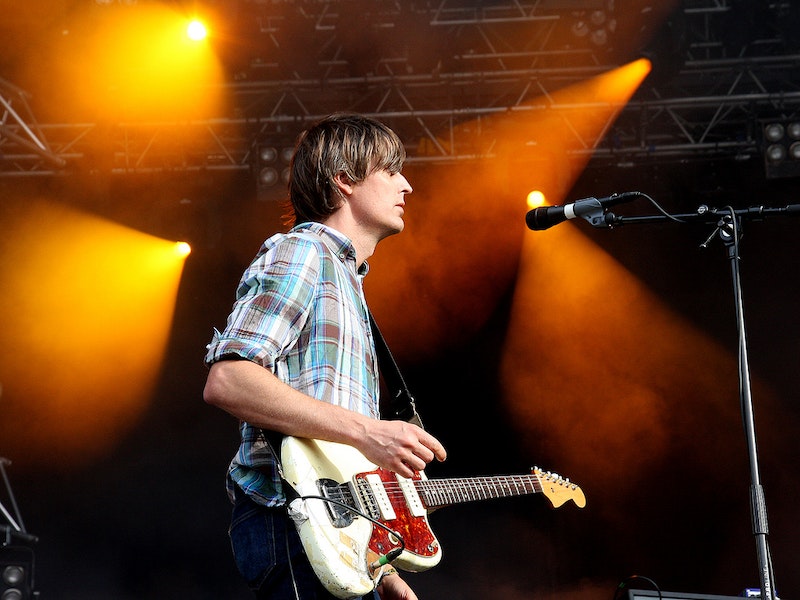 1994: “Range Life”—Eating dinner at my dad’s Mount Washington apartment, I listen as NPR profiles a ragtag group of acerbic, brainy indie-rockers. Whichever band member is responding to interview questions has a nasally, bitchy voice and a demeanor I find detestable, repulsive. A snatch of “Range Life” relevant to a tiff between this band and the Smashing Pumpkins plays, and a context is offered, and because I pretty much worship Billy Corgan and don’t grok how anyone of sound mind could develop an obsession with REM I’m fairly certain that I’ll never, ever, under any circumstances, become a Pavement fan. Nope.

Spring 1995: Wowee Zowee—It’s a 1982 Ford Mustang, my first car, two-tone, puke orange and brown and decrepit; the radio drooled static and not much else. So I position a portable, battery-powered radio/cassette player on the passenger seat for the drives to and from my senior year of high school. Senior year is kind of chill; we’re all sick of one another at the Catholic boys’ school I attend, but there’s an unsigned détente in place because it’s universally acknowledged and understood that soon we won’t have to see one another ever again. So freedom is in the air, and even though the Mustang is in and out of various repair shops, it represents egress—from parental strictures, MTA bus lines, friends I don’t want to be bothered with any longer, Towson—and most of the time, Wowee Zowee is the soundtrack to that particular state of mind, all snaking, crispy brilliance chugging idiosyncratically along to nowhere, masquerading as feral boredom.

Winter 1996: Westing By Musket and Sextant—Washington College certainly doesn’t lack for square-jawed clones fond of bent, dirty white baseball caps, but good luck finding any Pavement fans here. Katie Langan is one of them. We connect somehow, exchange emails: I don’t have Westing, she does. She’s willing to loan it to me. I find myself sitting on the floor in her room in Minta Martin, with its cinder-block walls crammed full of ridiculous collages full of clippings from young women’s magazines and construction-paper sorority banners while she sits on her bed and looks at her hands. Taking in the décor, I try not to judge her and fail, kind of. Her skin is olive; she is kindly, with a quiet, secret-ish smile. A shy smile. She doesn’t have much to say. Sometimes we look at one another. Sometimes one of us says something about Pavement being awesome. This goes on for maybe 20 minutes. I ask if I can borrow Westing, and she says yeah, and I say when do you need it back, and she says, whenever, and then I leave. Through Katie, I will foolishly befriend an voluble, self-deprecating upperclassman who I’ll regrettably come to think of as one of the sisters I never had, and it will be a pleasure to know and grow up with her—through her bad romances, her fits of self-down, a thousand social cuts, the rigors of law school in Boston—until she gets married and inexplicably sunders all undergraduate ties.

January 1996: Pacific Trim EP—I order Pacific Trim online from the Matador Records web site, but then one weekend I’m browsing at Bibelot Books in Owings Mills and it’s on sale and I buy it on impulse. So I wind up with two copies, and give one to Katie Langan, who seems appreciative.

Fall 1996: “Harness Your Hopes”—Via a Pavement message board I frequent, I stumble upon an mp3 (or maybe a .wav file) of “Harness Your Hopes,” live, and am struck by how perfectly geeky, quirky and essentially Pavement a tune it is, playing it over and over again as though I’ve come upon an especially valuable baseball card and can’t quite believe my good fortune. This song seems to mirror some of my perspectives, vis-à-vis romance. I spend a blustery evening flirting online with a freshman, an art-student Gaia-type who favors heavy make-up and billowing skirts, who reminds me (though I’m unaware of it at the time) of an elementary school crush who will eventually grow up to be an out-and-proud lesbian. Anyway, I overplay my hand, emailing her the “Harness Your Hopes” mp3, and the deal is queered, though Gaia-of-the-sketchbooks remains an acquaintance, albeit not for long. I’m also pals with her roommate, a bookish, pint-sized El Salvadoran intellectual (Cecilia Rivas), with whom I will eventually embark on a variety of hair-brained adventures (stealing real-estate signs, tracing tombstone inscriptions onto paper), who will turn out to be about 1,000 times more loyal and dependable friend and who will, many years later, bunk with my best friend from high school (Doug Mowbray) while attending my wedding.

Spring/Summer 1997: “Transport Is Arranged”—Pavement is playing a club in Baltimore on its "Brighten the Corners" tour, and when the band hit the “Walking to Baltimore / And keep the language off the streets” lyric, the place erupts, each lone voice adding weight to the lyric. Stephen Malkmus spends a lot of time playing with his back to the audience. I don’t “get” Silkworm, one of the openers. Some dudes are taping the show, and I start a conversation, and the long and short is that we barter a trade where I’ll send them some of my zines in exchange for a recording of the show. (Or maybe for Guided By Voices bootlegs? I’m not sure.) I send the zines to the specified address and never receive anything in return. A few weeks earlier, I’d interviewed (successfully) for a Baltimore City Paper internship, and the managing editor is at the show. We run into one another, greet, and then there’s an awkward silence that I will later learn means that there’s nothing left to say, and that she’s got better things to do, and that she doesn’t know how to diplomatically end an encounter, meeting or conversation, which is okay, because she’s a fantastic journalist.

Summer 1998: Appetite for Deconstruction bootleg—Someone on the Fake Matador Bulletin board puts together this dynamite comp of odds and sods—c-sides, solo Malk takes on Terror Twilight songs, a delightfully misbegotten cover of the Silver Jews’ “Blue Arrangements,” and so on—and I order two copies, one for myself and another for the only other remaining Pavement fan I’m aware of at Washington College. Our friendship is weird, and uncomfortable, and insincere, especially after I invite her to a message board and then talk shit about her there, describing her as a “creepy albino gremlin” or words to that effect. These, truly, are the salad days of indifferently burning every available bridge to cinders and pissing in the ashes.

September 2003: “Harness Your Hopes”—“Harness Your Hope” finds its way onto the mix CD tracklist Alecia and I come up with for our wedding DJ; my father makes the actual mix CD. We don’t dance to it, and neither does anybody else.