Working Class Hero With a Country Legend for a Father 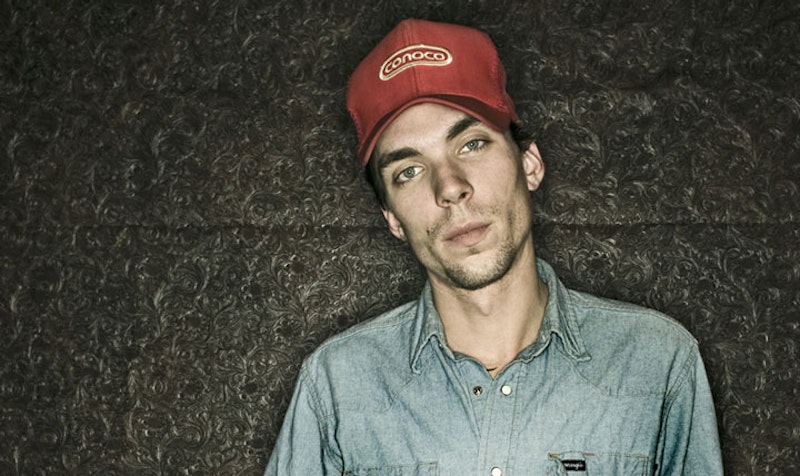 Reaching for a mythic forerunner is, of course, nothing new for country, a genre that is more or less defined by nostalgia. And Earle is certainly obsessed with the past, or, perhaps more accurately, with pasts. As the title suggests, Harlem River Blues is a country album about New York City. In it, Earle self-consciously takes tropes associated with country’s much-visited rural roots—the hard-working dad, the hard-working man returning from the road, the guy who’s gotta ramble, even “fryin’ chicken” and listening to country radio—and drops them in a working-class Big Apple that seems to have itself been transplanted south of the Mason-Dixon.

The vision of the urban north as part and parcel of a rural-tinged proletariat is hardly unique to Earle. And, in fact, part of the way Earle sells it is by referencing folk singers gone by. The album’s sparse acoustic backing and blues tinges point, not to the elder Earle’s rock-laced hits, and not even to the younger Earle’s rough-hewn singer-songwriter namesake Townes Van Zandt, but all the way back to the folk revival. The railroad dad Justin Earle refers to in “Workin’ for the MTA” might as well be early Dylan. “Wanderin’” even starts out with some enthusiastic harmonica and lyrics which feature positively Guthriesque broad-hearted appreciation of landscape and populace:  “Oh yeah Lord, I’ve seen your oceans/I have seen your mountains high/I’ve been lost inside your cities/I have seen the underside.”

In declaring the folk revival as his patrimony, Earle is shifting not just genre but also (as is almost always the case) demographic. Earle’s first two albums were more grounded in honky tonk; they were at least nominally hillbilly music. This one, though, is full bore NPR fodder. Earle has made the transition his dad has long flirted with but never quite embraced from the nostalgia of a rural past of heartland America to one of a rural past of working-class leftism.

From one perspective, you could say Earle is selling out; from another, you could say he’s rejecting the shoddy sectarian slickness of Nashville for a broader, more authentic vision. I find him most interesting, and most moving, though, when he seems to accept both possibilities and both worlds. That happens here most clearly on “Learning to Cry.” Sung with an easy acoustic backing, the lyrics are plain-spoken heartache:

On the one hand, the self-aware lyrics and the easy-rolling acoustic accompaniment makes this come across as the lachrymose protestations of a sensitive new age folkie. On the other, lyrics talking about how his woman is “running wild about town,” the low fiddle in the backing, and not least Earle’s accent, puts this in the broken-hearted honky-tonk tradition of lugubrious beer-sodden tough guys. This is a world where Sufjan Stevens and George Strait aren’t that far apart; where you can step out of your door in New York and find yourself in the middle of Tennessee.

In reaching to make this point, Harlem River Blues is significantly less graceful than Earle’s last two. There’s an air of didacticism about it that is perhaps inevitable when you flirt with Woody Guthrie. But there’s also a vision of music as connection and possibility that is one of the folk revival’s more touching legacies.