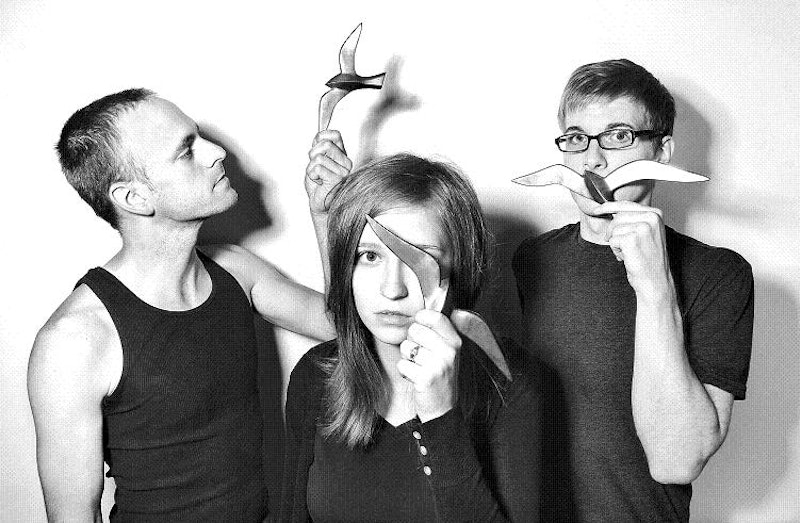 When the apocalypse arrives, Holly Newsom will make do; she’ll be all right. I know this because Newsom, the singer/guitarist for Minneapolis country-rock trio Zoo Animal, has a frighteningly, disarmingly versatile vocal range. It’s like a weapon that is able to shape-shift into different weapons, and she knows how to use it to devastating effect, whether mewling sleepily into her collar while the band’s music carries her along like an autumn wind blows a desiccated maple leaf or leading the breakneck charge in a more directly insistent song or simply shifting back and forth from scattered-atoms loose to anvil-like solidity.

There’s a little Anni Rossi and a little Fiona Apple in her voice—she wrings gallons from every syllable, every phrase—she’s everyday people; she’s the pronounced, cocksure strut in the minimalist twang pop she forges with bassist Tim Abramson and drummer Thom Burton.

A ruminative, pensive vibe pervades Zoo Animal’s self-titled sophomore album, released in early June—about three and a half months too early, by my reckoning—though it’s less a record, really, than a volume of evocatively epigrammatic short stories spun into songs, one spent yearning expression slipping seamlessly into the next. The titular protagonist of “Worker Bee” staggering home, up an ascending Do-Re-Me chord progression that’s tweed-ragged; the manic, flushed dualism of “Bad Seed” pitting godliness versus licentiousness without being holier-than-thou about it; how “Dollar Signs’” jaunty, homespun re-interpretation of the phrase “money is the root of all evil.” Zoo Animal wears its Christianity on its threadbare sleeves—trammeling torch song “Concern & A Warning” shouts out Adam and David, while “Muddy, Bloody” unabashedly invokes Jesus Christ—but faith doesn’t feel like the band’s reason for being, a la Page France. You never get the sense that they’re trying to save you so much as they’d like to paint you a jangly picture, or 15.