What the Hell Is Wrong With You, Elvis Costello? 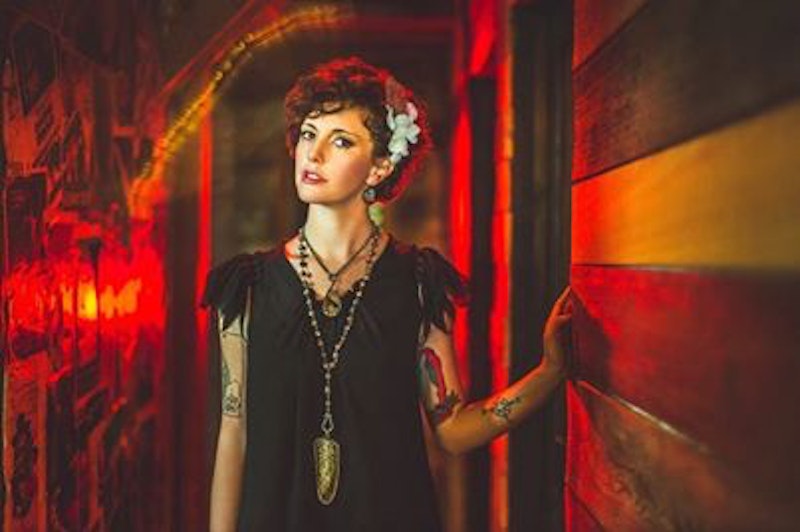 Answer records have traditionally gotten their charge, or novelty, because of the existence of sexism. Hank Thompson's massive 1951 #1 hit "The Wild Side of Life", for example, lamented the profligacy and general sinfulness of a "honky-tonk angel," arguing that the narrator's ex broke up with him because she was a woman of loose morals. Kitty Wells' 1952 response record makes the fairly obvious riposte: "It wasn't god who made honky-tonk angels/as you said in the words of your song/too many times married men think they're still single/that has caused many a good girl to go wrong." Wells' answer ends up being not only a defense of the one particular woman in a particular breakup, but of women generally. Just because they leave you doesn't mean they're immoral and profligate, she says. Maybe you just suck.

Wells' record was released more than 60 years ago; you'd think in the intervening time the novelty of a female perspective, or that women have perspectives at all, would have dissipated. And yet, Esme Patterson's recent album/EP, Woman to Woman, suggests that's not the case. A series of seven answers to famous songs and songwriters, the album makes it clear that male voices are still remarkably taken for granted, and that male songwriters still, as Hank Thompson did, construct women as culpable objects of scorn.

For instance, Patterson's "Valentine" is a response to Elvis Costello's "Allison"—a song whose lyrics I'd mostly just glossed over. But Patterson's response makes you take a second listen:

"Valentine, valentine, nothing is yours and mine….

I do not aim to impress you….

I'll make love to, yes I will, to whomever I want."

Look back at the original and, yes, Costello's song is in fact all about how he's a controlling fuckwit who thinks he has the right to tell Allison what she can wear and who she can sleep with. "Try to keep those thoughts of me in my party dress/out of your head," Patterson says acidly. The music, appropriately, doesn't mimic Costello's original; it's more up-tempo, the slide guitar and Patterson's helium-powered vocals giving the song a bouncy, off-kilter verve quite different from Costello's maudlin elegy. "Valentine" is a devastating kiss-off—the sort of critical beatdown that makes it hard to listen to the original song the same way ever again.

Patterson does a similar reversal on the other tracks on the album. "The Glow" is a straightforward response to the Beach Boys’ "Caroline, No," candidly accepting the passage of time and a new love, rather than dreamily refusing it. "Tumbleweed" responds to Townes Van Zandt's easy, drifting "Loretta" by, again, going up tempo and including sharp, precise hand clap—to Van Zandt's rambling man's certainty that he "can have her any time," Patterson responds, "I need a man, not a tumbleweed."

Perhaps the best song on the album isn't directed at a man, but to the other woman. "Never Chase a Man" is a response record to Dolly Parton's "Jolene." As you'd expect from the seductive other woman, it's insanely catchy, even as it puts the blame squarely on the guy.

"Your man don't mean a thing to me

He keeps leaning in

Oh men they should be chasing you,

No doubt Parton's narrator would hear this as fairly harsh, but it's clear it's meant to be in the spirit of tough love. The guy, as Patterson says, isn't worth it; if he's straying, kick him to the curb.

"Never Chase a Man" seems like it's different than the other songs on the album since it answers a woman rather than a guy. But it just underlines that each song, like Kitty Wells', is really meant to speak to other folks who aren't men. "Woman to Woman" is a reminder that guys aren't having the only conversations in pop, even if it sometimes seems like they wish they were.