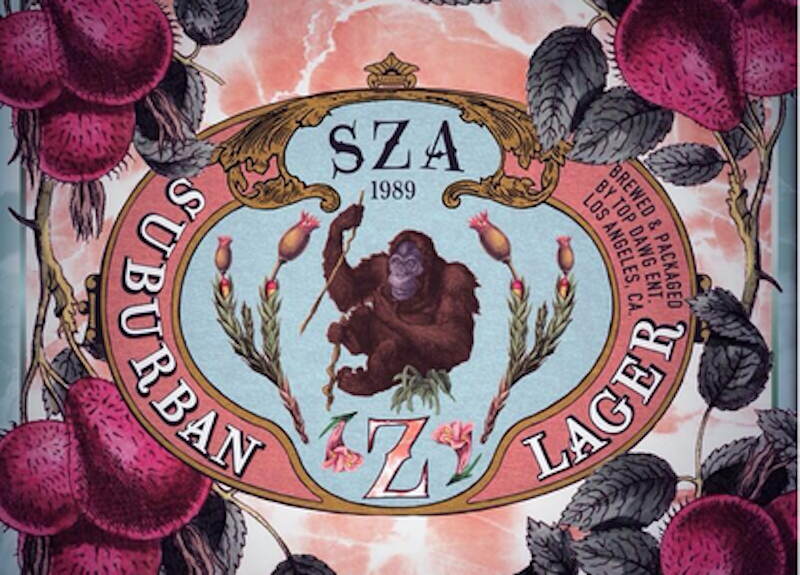 Debut albums are high-pressure situations. Initial impressions matter. The singers SZA and August Alsina both recently released their first full-lengths for major labels. On Z, SZA chooses to cast the net wide, covering everything from upbeat pop to dark, woozy meditations on betrayal. In contrast, Alsina’s Testimony does depth rather than breadth. He knows his strengths and he plays it safe.

SZA’s ascent has been rapid. Her EPs first attracted attention last year, showing an artist unafraid to place a Fleetwood Mac sample next to dialogue from the movie Rosemary’s Baby. Now she’s on Top Dawg Entertainment, the same label as everyone’s favorite hip-hop savior, Kendrick Lamar. This gives her friends in high places (she appeared already this year on albums from the rappers Isiah Rashad and Schoolboy Q); it also means she is under more scrutiny.

The latter is visible in the absence of ominous dialogue samples and the presence of straightforward 1980s pop-funk songs like “Julia.” With gleaming instruments, backing vocals, and a steady programmed beat, this track wouldn’t have been out of place on the Solange EP True, from 2012.

But a major label doesn’t force SZA to look for hits—the rest of the album is more elliptical, off kilter in a variety of ways. “Warm Winds” has a blocky, strange beat, far from the streamlined whoosh of “Julia.” For “Childs Play,” SZA sings right in your ear, and all the other instruments drift in from street level, doing their best to defy forward movement until Chance the Rapper shatters the calm with unpredictable streams of syllables. Lamar appears in “Babylon,” slinging words with strained venom over a sludgy beat.

SZA knits this all together with her troubled lyrics. “I know you hate me now… crucify me,” she sings in “Babylon;” this is hardly an isolated sentiment. At other moments, she sounds lost, hoping for help, “Show me a better way, I wish you could.” “Green Mile” begins with devastation, a romantic crime scene. “Shotgun to the back of my heart, I don't turn around to see who let one ring out/Said you'll never do me wrong? Guess we see how that plays out.” Lyrically, SZA is cautious, taking careful steps, keeping her guard up.

August Alsina has his own high expectations to manage: he is signed to Def Jam and Radio Killa Records, the imprint of Terius Nash, a mega-hit writer who also maintains his own successful solo career as the Dream. Radio Killa has only supported four artists aside from its founder. Alsina is breathing rarified air.

He manages this weight differently from SZA—on Testimony, Alsina hunkers down and focuses narrowly on his blend of hip-hop and R&B: hard, programmed beats mingling with figures played on guitar or piano. He tells stories that are now heard mostly in rap, and sings with a rapper’s quick ear for internal rhyme: “I remember bein' down and out, sleepin’, on my homie's couch/in and outta trouble ever since my mama put me out… didn't graduate, I'm thinkin damn I gotta deal/so I hit da block, sellin’ rocks just to eat a meal.” Like SZA, Alsina has several rappers deliver guest verses, but they don’t leave much of an impression. Rap producers make more of an impact, helping him craft his clearly defined sound. (The sinuous “Get Ya Money” is produced by the up-and-coming Dun Deal, who also put together the Young Thug song “Stoner,” currently a radio hit.)

Alsina works easily with a breakable, tragic falsetto. In “Make It Home,” he begs his lover to take care of his family. “If I don’t make it home tonight, tell Mama that I love her… leave some flowers for my brother… take some money to my sister.” Without being patronizing, “Right There” uses feathery vocals to sympathize with those who haven’t made his climb out of poverty (not a sentiment heard often in pop music). “You Deserve” touches on Usher’s hit “U Make Me Wanna;” Alsina’s telling a girl she deserves better, but he’s not positing himself as the answer.

Alsina and SZA are united by their belief in the power of candor. “I’ma tell the truth and the whole truth, cause there ain’t no need to lie,” Alsina sings on “Testify.” Both singers aim for sincerity, and hope the rest takes care of itself. But SZA’s wounded, tentative tales contrast strangely with her adventurous instrumentation, and don’t always lead to compelling results. Alsina’s caution results in the stronger impression.