Well-Educated Millennials Will Save Rap

Rap is fucking real, and alive. 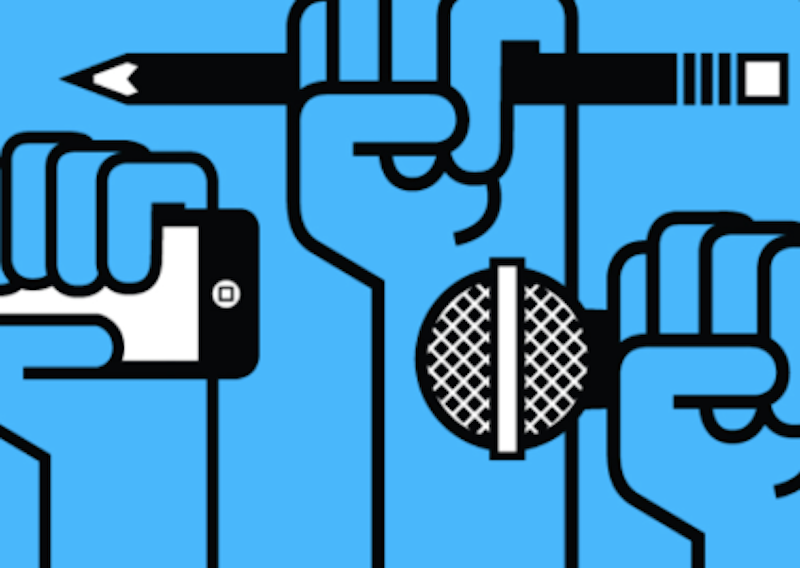 I’m at the end of my PhD in Regenerative Medicine. I’m 29 and a long-standing fan of rap music. When I realized this—it happened a couple of weeks ago, while I was showering with Eminem’s music in the background—my personality almost split. Half of it desperately tried to remember that I am a well-educated young man, who speaks and writes in a rational, rigorous and elegant manner. But the other half, man, was flipping out. I’m torn between academia and the streets. But why?

What half of my mind wouldn’t accept is not just the vulgar and violent style, but the themes discussed in the songs. Nevertheless, while this prissy, controlled half of me was shocked in light of the revelation, the other one looked so engaged with, so animated by rap music. The public rhetoric usually goes as follows. You shouldn’t feel shocked, given that the rap genre must be interpreted in the context of its culture. This justification is used repeatedly, especially by rappers themselves, to excuse the harshness of their music in public. This was the case for three notorious rappers who appealed to the Supreme Court to defend Jamal Knox, sent to prison for intimidating policemen with his lyrics. “[Rap] is not intended to be taken literally,” the three argued. Their case wasn’t taken up.

We’re confronted here with a double scenario. On the one side, we have the public legitimacy of the genre. Due to the controversy of the language and content, and its power to target real-life people, the sociological relevance of the entire rap sphere has been undermined to the point where, as mentioned, the very same artists feel the need to excuse their own art in order to legitimate it. Fantastical nonsense. Someone may argue that Knox’s case has been considered an exceptional one: the text of his song spells out officers’ names, and it contains the death threat “let’s kill these cops cuz they don’t do us no good.” It’s controversial, and should eventually be condemned. However, there are plenty of other examples in which rap lyrics have been used in court as proof of confessions, or as evidence to support the claim that the defendant was associated with the alleged crime. This is remarkable, if we consider that the rap genre, in contrast to others, is strongly subjected to such a treatment in the justice system.

On the other side, the narrative that rap messages are all fictional has managed for years to justify itself to the bon ton side of my mind and, I’m sure, those of many other literate Millennials. “[Rap] is not intended to be taken literally.” But for the dark side of my psyche, the possessed, condemnable one, this statement’s a lie. Rap is fucking real, and alive.

Rap is characterized by real-time scenes, usually narrated in the first person, and protagonists and victims of the lyrics are often existing people. There’s nothing fictional in the narration. Herein lies the true uniqueness of the genre: the listener isn’t only convinced that what they experience is indeed true, but they also tend to physically identify with it. They’re not listening to an external voice: they are the rapper’s voice. This is where the fate of rap takes multiple, parallel paths. It could be perceived as a mere instigation to violence or, paradoxically, as an inspirational model for violent escalations. But it may also lead to an intimate eye-opener.

Mainstream culture is trapped in a pre-Millennial ideal of rap music. It keeps portraying a bigoted, negative image. Only the rappers are the criminals, the misogynists, and rapists. They’re a dangerous source of anti-values, which in turn constitute a threat to all of us and our pure society. Unfortunately, this abstract intellectualism misses the fact that rappers’ linguistic turns denote and emphasize the existence of the concrete societal aspects they describe. They denounce real violence and criminality. The stylistic conservatism of the mainstream culture reflects an image of chastity that doesn’t hold in 2020. Post-Millennial generations are at risk. With digitalization, not only have they lost any residual cultural connection with their parents, the Baby Boomers, but they’re in constant contact with the dominant music genre, rap, that alone can animate their adolescent instincts. A recent study showed that, when exposed to music that contains aggression, adolescents displayed higher degrees of aggressive behavior over one year. This is noteworthy, given that rap contains more aggressive messages than other genres, including modern rhythm and blues and rock. Rap has no footnotes. It demands a solid educational preparation to be taken the right way.

And here I am, transitioning from one generation to the other, a lucid observer. Torn apart by the bigotry of my academic pursuits and the cluelessness of my instincts. I could keep excusing myself—as the dominant, pristine side of my brain has done for years—and simply accommodate the institutionalized image of rap. That’s a cowardly choice. Or, while listening to Eminem, I may come to accept that I, the innocent listener, could, potentially, be the criminal, the misogynist, the rapist. All of this is alive within each of us, and needs an educated, disciplined touch to be processed, and finally defeated. This is the sane lesson from rap. Wouldn’t we, then, comprehend a bit more of ourselves and the world?