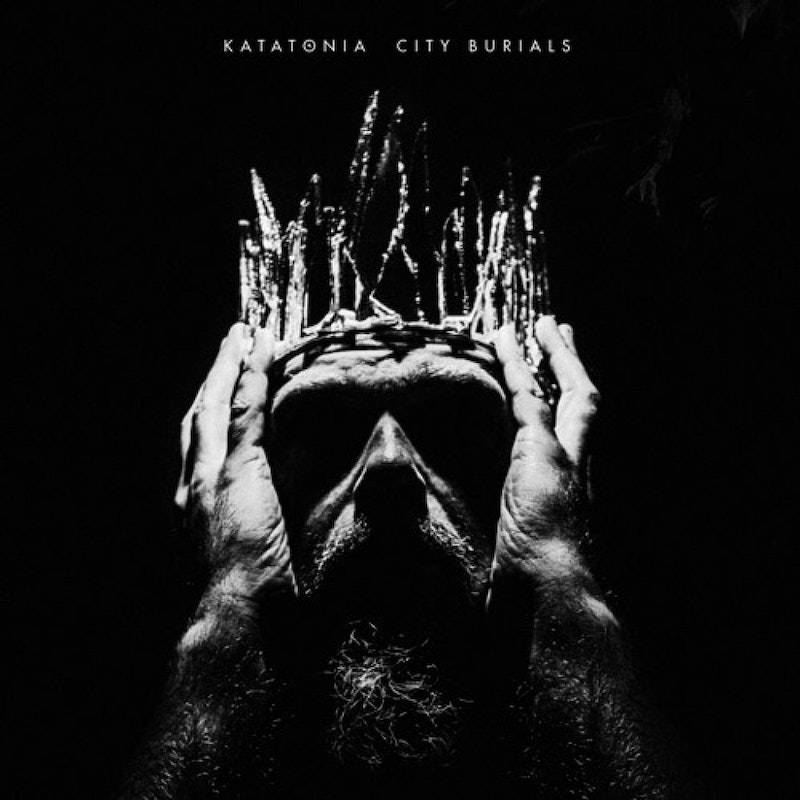 “We basically have been living on a minimum wage our entire lives,” recalled guitarist Anders Nyström during an interview with New Noise Magazine about the new album by Nyström’s band, Katatonia. His observation’s a condemnation of the record industry. Katatonia aren’t major stars, but they’re more than journeymen; this year’s City Burials is their 11th full-length album in 27 years. That’s a long time to live on minimum wage.

Prog-metal isn’t a tremendously popular genre, but it has fans. Spotify tells me that Katatonia has more than 350,000 listeners in a month, which sounds like they have enough of an audience that the band members should make more than a fast-food worker. Still, in 2014 they lost their first long-term drummer because he needed to get a mundane but more remunerative job.

They bounced back from that with 2016's album The Fall of Hearts, exploring their prog tendencies. Their first album, 1993's Dance of December Souls, had blended doomy death metal with despairing black metal elements; from that point they got gothier and more cerebral, but also more moving as songwriters, swiftly dropping death growls for emotive cleans. The Fall of Hearts was an emotionally powerful collection of songs with polish and crunch.

Four years later, City Burials sounds a lot like it, but backs away from that album’s more elaborate structures. Eleven songs cover less than 50 minutes. The longest are five and a half minutes. These songs aim at the concision of pop-rock songs rather than the sweeping journeys of prog.

Whatever remains of metal aggression is dialed down further, the tone echoing the brooding menace of Tool, with the harmonies and guitar textures of Porcupine Tree. Goth influences are still felt in the beak atmosphere, and especially in the powerful-yet-measured despair in the voice of singer Jonas Renkse. But if these songs aim at being more emotionally direct than The Fall of Hearts, it doesn’t always pay off. Polished and precise, City Burials could’ve used some of its predecessor’s complexity.

Nyström’s said the album began as a solo project for Renkse. Right before going into the studio, the singer changed his mind and suggested the album as a Katatonia project. The band—Renkse, Nyström, guitarist Roger Öjersson, bass player Niklas Sandin, and drummer Daniel Moilanen—rearranged the songs and worked them into a full Katatonia album.

City Burials holds traces of its origin. Renkse’s vocals are the standout, with technical and emotional power. If Renkse is sometimes too controlled and mannered, his approach brings out the weight of his lyrics—themselves evocative without being overly specific. That’s most obvious on a song like “Lacquer,” the slow first single off the album, but more rock-ish material like “Behind the Blood” is also elevated by Renkse’s ability to deliver a line like “You’re a torch to the temple of depression” with enough conviction that you don’t think too hard about what it actually means.

The rest of the band is solid. Nyström and Öjersson’s guitars are now morose and aggressive, now textural and hard-driving. Moilanen’s thoughtful rhythms work with Sandin’s unobtrusively brooding bass. It’s a polished, detailed Katatonia album, not exactly metal and not exactly anything else. Ballads like “Laquer” and “Vanishers” fit nicely among songs like “City Glaciers,” downbeat rock with soaring choruses.

There’s nothing wrong with City Burials. But weighed against their previous work, little on the album has real staying power. The songs are individually well-written, and make an album with flow and variety. Yet there’s something lacking, something among the mid-tempo songs that isn’t as compelling as it should be.

“Heart Set to Divide” is a solid lead track, atmospheric and heavy by turns. “Lacquer” is a fine lead single, exemplifying the downbeat melodicism of the album. “Behind the Blood” is a solid enough second single, displaying the guitar prowess and touches of old-school hard rock to be found here. There’s nothing that isn’t solid enough. But no song that is much better than that from start to finish.

Katatonia know how to play their style, and that style is distinctive. Nobody quite sounds like these guys, for all the touches of Opeth or Porcupine Tree or Pink Floyd or maybe even latter-day Marillion. They sound here like themselves, as melancholic as ever. But while the songs mostly succeed in reaching the emotional effect they aim for, they do with a self-consciousness; with classic-rock signposts heralding what is meant to be most moving.