We Are the Ligers, We Need Separate Wombs

Videos by Stephen Malkmus and the Jicks, ranked from best to worst. 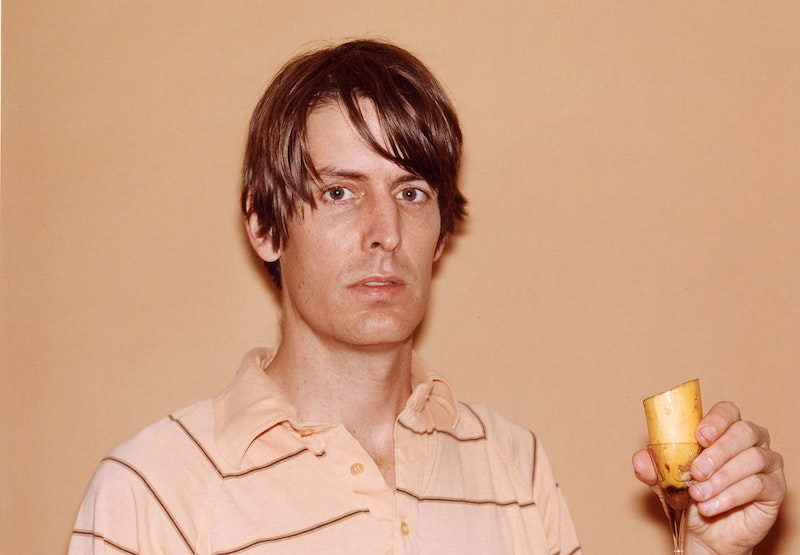 As a friend pointed out on Facebook last week and as anyone who’s ever watched all of Slow Century can attest, Pavement never really made great videos. One could argue that the band understood what it was and what sold it, and, as such—given the era (the 1990s) and the milieu (the upper-middle class echelon of “alternative rock”)—videos were a necessary afterthought.

Touring, magazines, radio, reputation, and fan investment sold Pavement well enough for their particular bracket. And since the band’s emphasized aesthetic shunned conventional music industry bullshit, no one was expecting a “Hungry Like The Wolf,” a “Sabotage” or even a “Thriller” from these guys.

Stephen Malkmus began his post-Pavement career 17 years ago. His band, the Jicks, have recorded seven LPs that range from pretty good to outright great; but their videos, like Pavement’s, are almost uniformly terrible, designed to spite and undermine the very notion of whatever it is that most of us believe music videos are intended to accomplish.

Beyond the first three or four videos below, these treatments exist on an equal level of dreck that’s made me think a lot about what videos accomplish for musicians. Even in the MTV era, quality counted for less than presence, but in indie-rock’s no-stakes, low-profit modernity the Jicks’ ethos prizes content highly, with a cynicism that comes across as a outright contempt that’s somehow more galling than that of the Lollapalooza Age—as if to say here, here is something, anything, to pair alongside this promoted song which is streaming out at you from YouTube, perhaps from a fifth or 17th open Internet browser tab which you’re not actually watching as the song plays.

A coked-out, cattle-prod fetishizing Senator (Jack Black) runs for reelection with his cowboy douchebag pal (Gary Cole) tagging along; that’s the plot, and these two are the whole wild, wigged out show. (Malkmus barely appears, but makes more of an impression than the two sap extras portraying a couple.) You’ll almost forget that this is a video.

Languid and prosaic, The Jicks’ most chill video doubles as its simplest: a self-aware Malkmus performing the liquid “No One Is” beneath a wash of flickering images, the band flapping a blanket over children in a sunny meadow.

For the first 20 to 30 seconds it could be a pre-talkies Hollywood movie or a late 1990s Smashing Pumpkins—then the wheels fly off, everything collapsing desperately and embarrassingly into a drug misadventure, into busily torturous miscellany.

Hey, it’s that lost episode of Portlandia where random people pretend to sing “Gardenia” for a terrible video. A bonus, if only arguably: random people are members of Ratatat, Weezer, Girl Talk, Modest Mouse.

Barely a video; barely even the project of a deranged five-martini marketing lunch.

While a man with many tattoos sleeps, his ridiculous tattoos come to life and interact with one another. This is interesting for a moment at most, but this video lasts more than twice as long.

Who says iPhone footage of French hipsters hanging out can’t be a video? That can totally be a video.

You know, someone had to source all those tiger costumes and sundries, and that person probably had to field the “Hey, why are you buying all of this tiger shit?” question at least twice. Imagine being that person, and eventually begging your friends not to watch the music video you’ve got a credit on.

There’s a profound, dead-eyed banality at work here, as though the band made these two treatments in order to troll (or kill) me, specifically. All I can think is that some broke, idealistic university students with big dreams could’ve made better use of these resources to make the films they wanted to make. Who are things even for? Watch them. Are you honestly having any fun? Is the band having any fun?

The video for “Jenny and the Ess Dog” could never be made today. Someone should’ve talked Malkmus out of it then; 2001 wasn’t quite that long ago. The faux primitivism here is cheap in an immediate way: the viewer grasps the metaphor (piggybacked on the song’s own subtext) long before the scene shifts poolside, but that doesn’t makes this bearable. The lacrosse stick was a nice touch, though.