Enter the Age Of

Oneohtrix Point Never returns with his most ambitious and accomplished work yet. 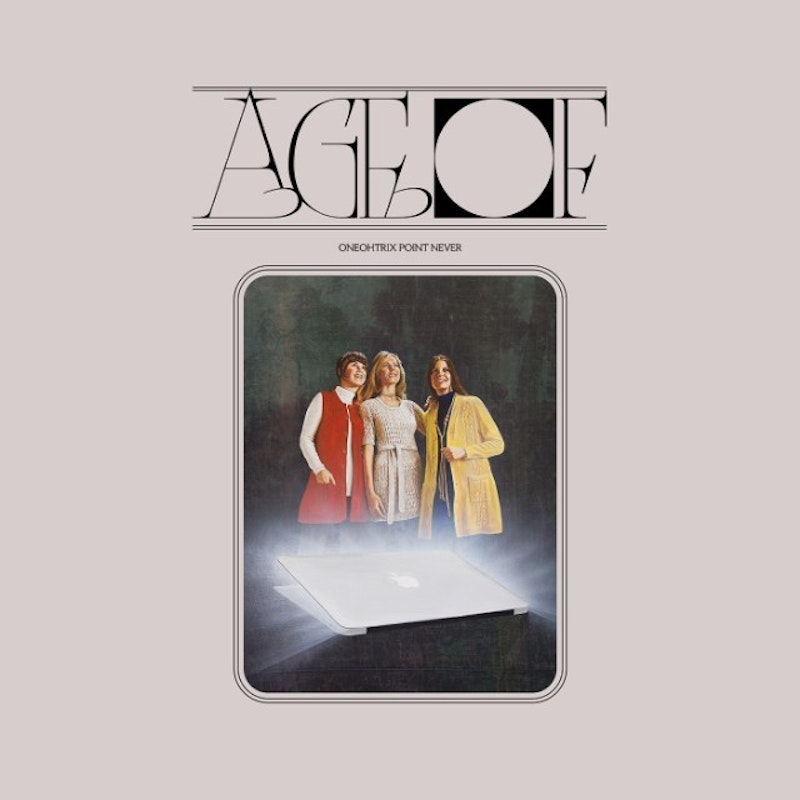 In March 2016, I saw Oneohtrix Point Never (aka Daniel Lopatin) play a small club show in support of Garden of Delete, which had come out about four months prior. I couldn’t get into the album, and for the first time, I felt Lopatin had delivered something that was intellectually interesting but no fun in practice—it wasn’t an album I enjoyed listening to, unlike his back-to-back masterpieces Replica and R Plus Seven. At the time, I wrote that the live show “was ultimately even more monochromatic and tonally bland than [Garden of Delete]. The bass was unrelenting and made us all very sleepy once the show was over—we barely made it home! Lopatin and his touring partner Nate Boyce (shredding a guitar synth all night) were engaged but not aggressive or energetic—as much as hints of the headiness of the project were presented and duly noted, the seams were showing, and three songs in, I totally zoned out.”

Lopatin’s score for Good Time, released last summer, was more encouraging, bringing some of the color of his earlier work back while remaining as high-strung and intense as Garden of Delete. I never followed up and listened to the score outside of what I heard in the movie, and when Age Of was announced, I barely paid attention. This time there was even more pre-release riddles and extended universe games, and I couldn’t be bothered. Reports from friends who saw his full band show in New York a couple of weeks ago weren’t encouraging either: one comment that stuck with me was “I’ve never seen a drummer play so much and add so little.” Age Of leaked weeks ago but I didn’t hear it until two days ago.

I’m happy to be proven wrong. Age Of is Lopatin’s most accomplished work yet, a finely executed synthesis of nearly everything he’s explored on his previous nine albums that never treads water or dives too deep into one corner like Garden of Delete. He continues to expand his sonic palette, with the most acoustic instruments he’s ever used, and his own voice, which is unrecognizable because we’ve barely heard it before, and because it’s disguised by autotune whenever it shows up.

Lopatin’s obsession with semiotics is unfortunately unique among his peers, but he continues to explore and excavate the emotions encoded in synthesized sounds that have permeated the first world since the early 1980s: hi-fi harpsichords that end up chopped and bent, the “Californication” bass loop that begins and runs through “The Station,” power drills punctuated by children screaming “we’ll take it!” and parents responding “But we don’t even know what the price is!” The album ends with "The Last Known Image of a Song," driven by an authoritative, definitive sounding bass figure, recalling "Explain," the closing song on Replica. That recurring figure was played by a synthesizer (likely Lopatin's beloved Juno-60), this one by an acoustic upright bass. Then there's the ASMR breathing that begins the hypnotic and sad lead single “Black Snow.”

I initially dismissed that song when the video came out: along with all the promo and press attached to Age Of’s announcement, it suggested another album high on concept and low on music that’s actually enjoyable to listen to. On its own, “Black Snow” sounded like a reach toward demented pop, more potentially radio friendly industrial cosplay, crawling ever closer to Nine Inch Nails, a band I never cared for. But within the context of the album, “Black Snow” is devastating, somber, a mantra ensconced in so much disruption and disorder. I haven’t looked into the accompanying MYRIAD multimedia piece, or any of the mythology that surrounds Age Of—maybe I will, but for now the music communicates enough.