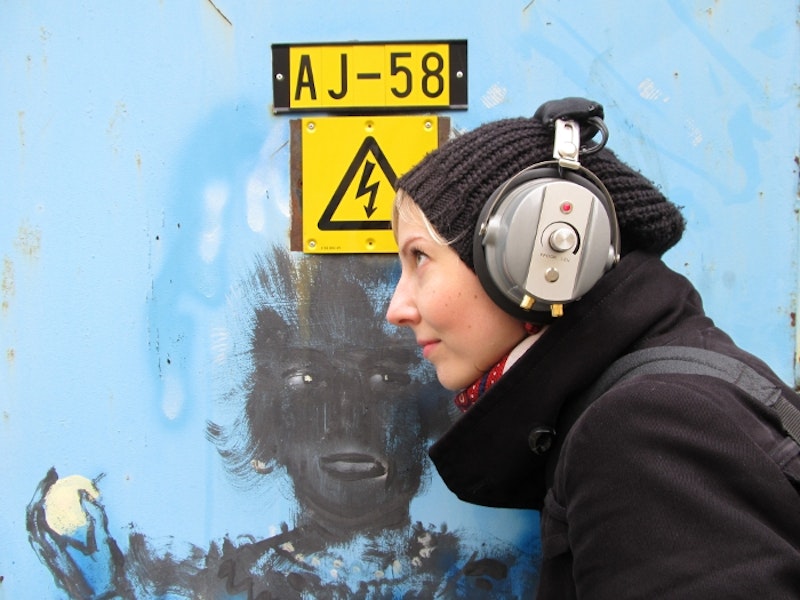 My favorite album of 2011 was Christina Kubisch’s Magnetic Flights, wherein the Bremen-born sound artist pastiched together multiple electromagnetic field recordings to produce two lengthy pieces that sound like a hail of malfunctioning alarms. I don’t return to Flights often, but periodically catch myself longing for it. Now and again, the urge to see what Kubisch is up to comes and goes. Her latest is the gaping mellifluous Unter Grund, a half-hour long collaboration with Eckehard Güther that celebrates how indispensable and unstoppable water is. If you are sloshed drunk - if you have willingly and jubilantly mixed wine, whiskey, beer, or any combination of these - this is probably something to leave on the shelf.

A synthesizer hovers mere inches away from an apparitional strain of melody, rotting and eerie, but water takes center stage here. Kubisch and Güther sampled above and underground streams in Germany’s Ruhr Area, a drippy, gurgling fluidity that powers Unter Grund. These are roaring tributaries, yes, but equally discernible is the space surrounding them, the natural pressures propelling them, a strong impression of rapid, eager erosion. The imposition of electronics casts bewildering spells and implies deception: was that a burbling brook, or a looped, needling effect?

At moments the flow of water mimics indigestion in overwhelming ways, but sometimes it’s disconcertingly casual, as if you’ve awakened to a gently escalating bedroom flood; sometimes it’s a bubbling caldron; sometimes it seems to be ocean waves crashing a half-empty aquifer. At others the flow seems to cut out altogether or transmogrify violently, taking on the intense, orchestral character of a blast furnace or an extraordinarily powerful convection oven capable of roasting an entire city block.