The Freewheelin' Bob Dylan: Not a Classic

But not without redeeming value. 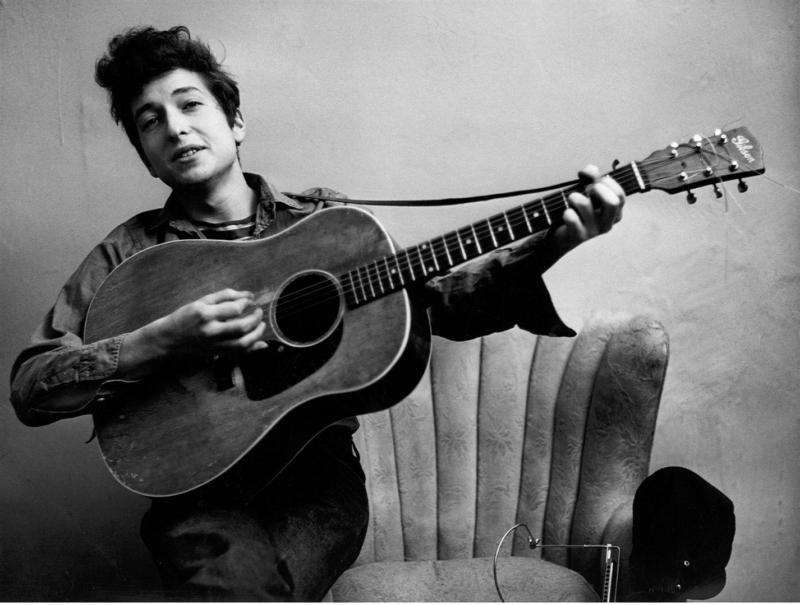 Bob Dylan's Nobel Prize has had me thinking about him recently, so I pulled down my copy of The Freewheelin' Bob Dylan. It's been years since I've listened; Dylan’s not my favorite performer, and this was never my favorite album. Returning to it, though… I like it even less. It's hard to see what justifies its classic status—except of course for Dylan's later career and importance.

"Blowin' in the Wind" was the best-known song on the album, and one of the most famous anti-war songs. It's a pretty tune, but in retrospect it comes across as blandly non-confrontational. "How many years can some people exist/before they're allowed to be free" seems like a cutesy way to talk about the Civil Rights movement without actually talking about it. The chorus, "the answer my friend is blowin' in the wind" foregoes a call to action for breathy navel-gazing.  It's a long way from Woody Guthrie's "Deportee" and "Union Maid" to this kind of wishy-washy protest song without protest.

"Masters of War" is more forthright, but the repetitive guitar is uninvolving, and the wordplay is forced and predictable—"mud/blood" rhyme, anyone? The lyrics aren't really sad or outraged; they're hectoring. It sounds like it's written by some drunk guy at the end of the bar querulously holding forth. Even worse are the rote blues of "Down the Highway," which come across as embarrassing, especially given Dylan's vocal limitations. He's a little kid playing dress-up, and not in a cute way. Similarly, the humor on "Bob Dylan's Blues" and "Talkin' World War III Blues" is smug rather than cutting or loopy. "Abraham Lincoln said that," except he didn't really say that. Get it? It's a joke.

To be fair, Dylan was only 21 when he recorded the album, and he was working in a folk music milieu that demanded earnest profundity, significance, and authenticity. As a young musician, he had paid few dues, but was supposed to display world-weariness, wisdom, and knowingness. It's no wonder that the strain showed.

Still, there are tracks where he overcomes his limitations. "Don't Think Twice, It's All Right" couches its churlish lyrics in lovely, gentle guitar, with Dylan's talk-singing adding an off-hand sincerity and bile. The miming of folksy phrasing still rankles; you can almost hear him patting himself on the back for using the contraction "if'n." Still, "Don't Think Twice" remains a genuinely and effectively mean-spirited song, neatly making explicit the misogynistic spite behind all those "babe I gotta ramble” odes.

The rolling version of "Corrina, Corrina" may be slight, but it's nonetheless wonderfully executed. And of course there's "Girl From the North Country," Dylan's sublime reworking of "Scarborough Fair." The formal language ("Remember me to one who lives there") suits Dylan better than the gestures at dialect elsewhere on the album, and the personal subject matter keeps Dylan from lyrically overreaching as on the would-be apocalyptic "A Hard Rain's a-Gonna Fall." Instead, the sensual description and relatively straightforwardly expressed longing takes on heft from the jagged harmonica punctuations and the nasal vocals. I prefer the version with Johnny Cash that Dylan recorded for 1969's Nashville Skyline, but this early effort is still indisputably great. It’d be a standout even on a better record.

Freewheelin' may be overall mediocre, but it's not exactly unrepresentative. Toothless political engagement, sloppy regurgitation of the work of more accomplished performers, and irritating enthusiasm for his own cleverness were all weaknesses that would dog Dylan throughout his career. But Dylan's also always used his own flaws to advantage, transforming folk material with intelligence and grace. At least in his classic period, even his lesser efforts had their moments.