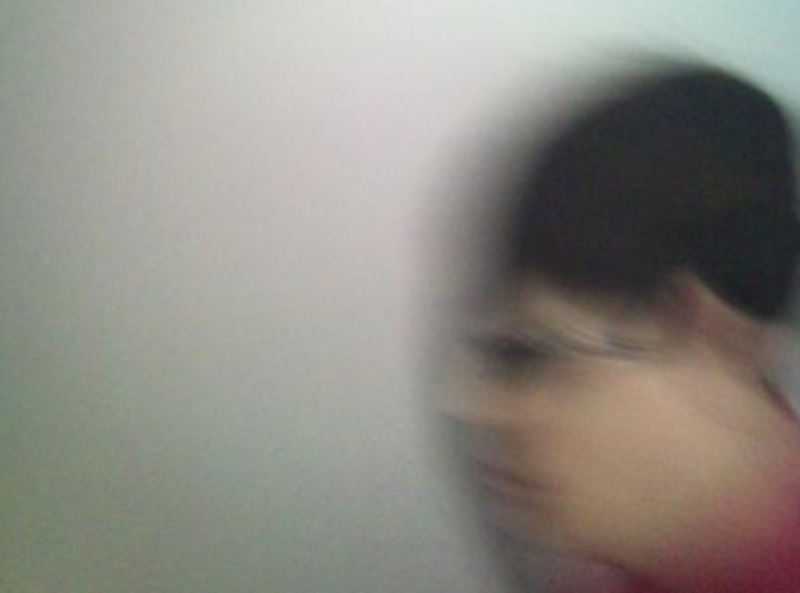 Splice Today: Late last year, you changed the releases on your bandcamp page from "free download" to "name your price." What brought this about, and what sort of prices are listeners willing to pay? Of your solo releases, which one seems to be the most popular?

Elizabeth Veldon: Frankly, I had spent so much on equipment and source materials (MP3s and so on) I thought I should ask for money if anyone wanted to pay. As to what people are willing to pay? Not much; I've only sold perhaps five or six downloads for an average of about £3 to £4, which is why I decided to do some physical releases with black circle. The most popular paid for download is Towards An Abstract Music, while the most popular release is a tie at fifteen downloads between Stop Being Dismissive of Dance Music by Thinking You Can Do Glitch and A Celebration of Paul McCartney's Wedding, both of which are very different albums.

ST: Iona seems almost whimsical in the context of your other works. What inspired that, and how did it come together?

EV: Iona dates from a point where I was using editing as a way of producing music rather than processing and belongs to the same period as tracks like “Codacology” and “Night Sky.” The recording I used came from a tape of my partner's sister when she was about eight years old, and the other voices are of her friends, my partner, and her mother. Originally, the intention was to record the whole tape to CD for her and include a series of cut-ups—which became Iona—as a second CD, but everyone who heard them loved it so much I published them independently. In a way, they signaled the end of a period in my work, as that was the last time I used heavily-edited but otherwise unprocessed audio.

ST: Tell me about the Russia's Full of Queers compilation.

EV: Russia's Full of Queers is something I'm inordinately proud of. The album came about when I read that there was an attempt to pass horrific laws in St. Petersburg, which would have outlawed any public discussion of queer sexualities.  I felt something had to be done, and the day before had read a blog post about how music was being used as a selling tool by corporations in the same way that being given a free pen or alarm clock used to be used. I decided to do the same thing, to produce an album the purpose of which was to publicize this cause and get people to sign the petition to stop it.

As the law was being passed within 48 hours, I set a 24-hour deadline, which resulted in hard work for both the artists involved and myself. I basically spent the next 24 hours in front of my computer with only three hours sleep, but the results were worth it: the music was wonderful and varied and the collection highly successful. There have been a total of over 500 downloads and a whole lot of publicity for the cause. Underground and noise music is often seen as pointless, but this proved that it can be a force for good.

ST: Wow! That's really inspiring. Do you feel like you've been able to raise awareness about this particular situation and others like it through this release?

EV: I hope so. The release was carried by Dangerous Minds—a high profile blog/website—and found its way onto blogs in Russia, including a blog for Gender Variant people in that country. I still receive a high number of hits based on the album.

I can't say if the album had any measurable effect on the debate, but if a handful of people realized what was happening in that instance, then that's great. In a wider sense, you always hope that a directly political work will make people think, and I know my blog posts discussing the Anti-Islam Coalition (a short-lived offshoot of Genetic Trance) did have an effect: they led other artists to ask the AIC to be shut down or they would remove their work from the Genetic Trance label. Likewise, Could You Please Stop Raping Me? was blogged extensively, and a Spanish person contacted me to thank me for an album discussing the Allied powers leaving Franco in power after World War II.

As an artist who is not afraid to make a political statement or to publish the work of other people doing the same, I’d like to think that Russia's Full of Queers and every other album with a message has had some impact.

ST: Are there any other noise or underground musicians who've blazed a political trail who you've admired or been inspired by? Given how splintered listening habits are today, the more agitating, progressive voices the better; I don't know if you watched it, but Madonna's Super Bowl halftime show seemed to go a ways toward skewering some of the hyper masculinity that defines western culture.

EV: I've not seen the Madonna performance, but I'm going to have to check it out now. One of my big inspirations has always been Bikini Kill, which isn't that underground, I suppose. Mostly it's the failure of other Underground Acts to engage with political ideas, but recently I've been working with Laetitia Schteinberg, who has provided interesting works with a political edge for Black Circle. The political music that made me really think about the possibilities of the form came from the French avant garde movement, people like Francois Dufrene, who produced music with a social or political meaning but didn't get up on stage with a guitar, a serious look and hackneyed lyrics.

ST: What sort of feedback have you received from listeners? Do you ever feel that your work is misinterpreted or taken out of context?

EV: I've had mainly positive feedback from listeners both about the ideas in the music and the music itself. As I said in answer to another question, I was thanked by a Spanish listener for discussing Franco's Spain and had a track played at a protest in Portugal but, more importantly, I've had people who wouldn't touch noise listening to my work and other artists saying they respect me. As to misunderstandings: I've been misunderstood as a fascist, once because I included a track called “a short section form an alternative soundtrack to triumph of the will” in a work criticizing Leni Riefenstahl. In all fairness, I explained my position and what I had intended and this led to a discussion on the ability of music to discuss subjects like this. If my work is taken out of context, then that's not really something I concern myself with, as the ideas and messages are unambiguous to say the least. I'm often taken out of context in other respects.

ST: You mentioned an upcoming CD release. Are there further plans to move forward into physical releases, and possibly live performance?

EV: I'm issuing a handful of physical releases with Black Circle, which tend towards the artistic in the packaging including hand painted sleeves, packaging CDs inside pieces of flags, printing art work on high grade art paper and so on. I've been offered a one-sided tape for Black Circle and am, at the moment, considering issuing another artist's one hour plus drone work as a multiple CD package with a woodblock print.

I had my live debut a few weeks ago as part of a duo called “tate and lyle”—the recordings are available on Black Circle—and I aim to play live more this year, perhaps even perform some solo sets.

ST: Has noise become something of a vocation for you?

EV: More and more with each passing day.