An Oakland event inspires a YouTube tour through some of the best gospel clips on the internet. 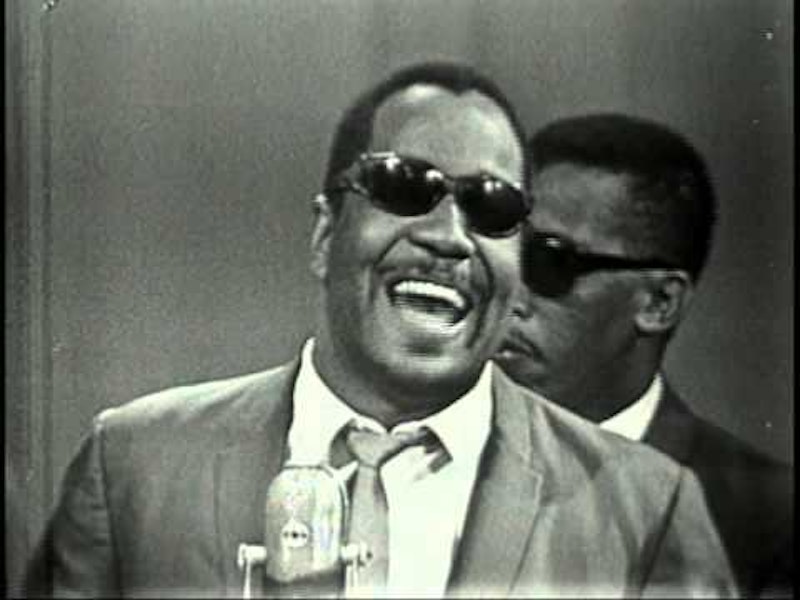 One of the best parts about living in the Bay Area is the constant inundation of events. There are so many rad things going on any given night that you might as well treat it like a buffet—try a little of everything and go back for seconds. The only downside is you occasionally get full and begin to lose perspective, and it gets harder to separate the merely cool from the potentially life-altering.

Tonight, February 17th at Abco Artspace in West Oakland, there’s a happening so righteous that it’s stirred me into a fervor. I’m not much of a churchgoer these days but gospel music always hits deep, and there’s been no finer purveyor of spine-tingling, soul-shaking gospel than the right reverend Mike McGonigal, the editor of the excellent Portland magazine Yeti and compiler of insanely rare, ludicrously good gospel music for Mississippi Records and Tompkins Square, amongst others. Basically, top notch taste through and through.

So what’s on the menu for this evening?

Super rare scenes of gospel music from the dawn of
motion pictures to last month, with footage of everything from quaint
traditional gospel songs to otherworldly lining hymns, Pentecostal
sermons and Church of God in Christ “praise breaks.” The music is from
such well-known artists as the Staple Singers, Rev. Charlie Jackson
and Sister Rosetta Tharpe to obscure artists and congregations.
Approximately one-third of the program comes from the Southern gospel
and bluegrass traditions, while the rest is African-American gospel
with a focus on music from the 1950s-‘70s.

Since I’ve now teased the vast majority of you who will not be able to attend for geographical reasons, I’d like to make up for it by taking you on a brief tour of five of my favorite gospel videos on YouTube. Let it save our souls.

5. Staples Singers—Wade in the Water

The Staples Singers had a 50-year run, and the only thing that stopped the group was Pops Staples’ ascent towards heaven. It’s not hard to see why they were able to adapt to changing trends and remain successful, while never letting the music stray too far from The Word—Pops’ guitar and voice along with three strong women who could have been stars in their own right (and in Mavis’ case, is) is a formula that pretty much works across every genre. Here, Pops looks like he’s barely trying but that butter tone and the slow building intensity of this standard make it a classic performance.

The Consolers - Grace of God

As far as I know, most people don’t perceive gospel music to be particularly “cool.” But take one look at the Sensational Nightingales and you can tell they have style for miles. More importantly, they sound, well, sensational. I love the way the lead singer makes his entrance 30 minutes into the song, and the group parts like the Red Sea to accommodate him. I’m also shoehorning the Consolers video in here because it looks to be from the same performance (or at least the same DVD), and holy hell they emanate so much power.

3. Boyd Rivers & Ruth May Rivers—Fire in My Bones

This is from a trip Alan Lomax took in 1978, and if you want to lose half a day, start clicking related videos and watch yourself disappear down a YouTube black hole. This one stood out by sheer force, and because Fire in My Bones was also the name of an excellent McGonigal compilation. I’ve got to say, if they had music like this in the church I grew up in, I’d have been in the front pew every week. Way to drop the ball Methodist church in suburban Pennsylvania. Really though, it’s very hard to sing “Fire” as many times, and in as many interesting ways as Ruth does in this song.

2. Sister Rosetta Tharpe—Up Above My Head

Okay, so this is a pretty obvious classic, but even if you’ve already seen the clip a thousand times, it’s simply not the kind of thing that gets old. Sister Rosetta is absolutely strangling that Gibson SG, her solo is jaw-dropping. The choir just claps. It’s freaking perfect.

1. Five Blind Boys of Alabama - Too Close to Heaven

I recently realized this clip was from the same TV show, in fact towards the end you can see Sister Rosetta Tharpe in the background. Can you imagine the energy in that room? We’re talking joyous absolution. The kind of joy that is so pure it can only be one thing: love. Powerful, powerful love—and it absolutely radiates out of the legendary quintet. Every one of Clarence Fountain’s mannerisms slay me, from his hands shaking phantom tambourines to the adjusting of the sunglasses. And of course, the harmonies—they just don’t make ‘em like that anymore.