The Explorer's Club don't mind the fact that they mine the best parts of SoCal, the Beach Boys and surf pop rock. We don't, either. 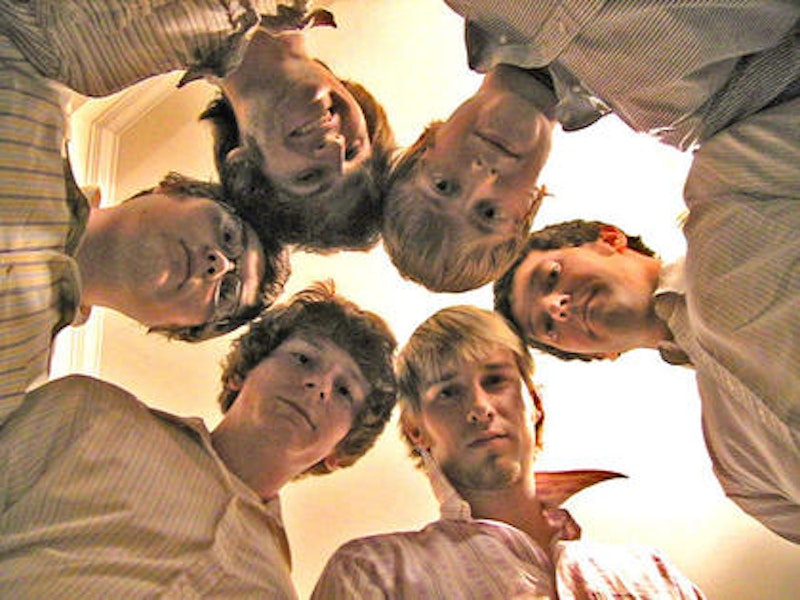 From the sound of their Dead Oceans debut, Freedom Wind, you wouldn't know that Jason Brewer and the boys from The Explorer's Club hailed from Charleston, SC—or from the 2000s. Their sound is quintessential 60s Beach Boys pop rock with a little Sun Studios, the Beatles and some 70s yacht rock thrown in, and they're not doing much to hide it. That's all well and good. It's an album of pleasant vocal harmonies, reverb-heavy guitars and light keys—something to go along with, say, palm trees and margarita glasses of Absolut vodka.

The Explorer's Club would fit well in a line-up with other recent SoCal-inspired indie bands: Probir and The Substitutes, The Donkeys, even Grizzly Bear, and their music was (fittingly) featured on the O.C. last seen. Check out the first two tracks for some straight-off-Brian-Wilson's-Greatest-Hits surfer pop:

Honey, I Don't Know Why: