Five standout albums, artists, and songs to emerge in 2018. 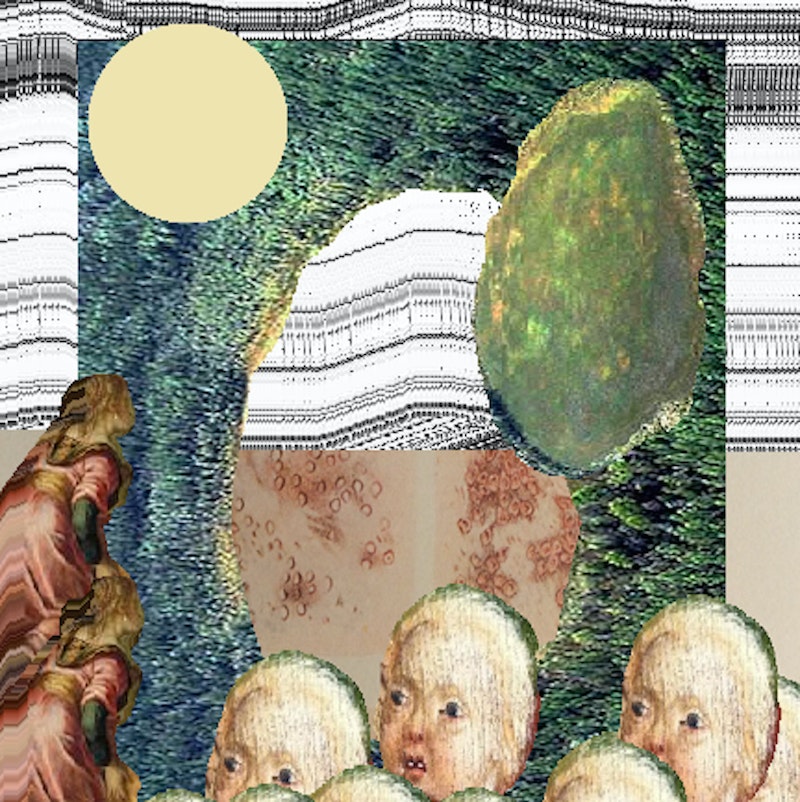 Here are my Top 5 picks for the best American records, live acts, songs, and artists to emerge in 2018:

The artists Wished Bone (aka singer/songwriter Ashley Rhodus and multi-instrumentalist Thin Charles) and Morgan Garrett are based in Los Angeles, which in recent years has become a spiritual capital for zoned out experimental pop and lo-fi electronica. Separately their music is outstanding, but when they came together early this year to create the album Ground Covers the collaboration was much more than just a curiosity. They made 2018's weirdest and most emotionally powerful full-length release. Ground Covers is the soundtrack to a society in the midst of transmogrification; it's the closest that this century's Western pop music has come to a revolutionary act of defiance against the authoritarian rhetoric and divisive shock value tactics that dominate everything from national governments to social media interaction.

The beautiful, rural folk-infused melodies of Wished Bone are run through the original sound effects and processed tape inventions that’ve made Garrett a cult figure in the U.S. noise-music scene. Rhodus' stark beautiful melodies effortlessly survive the gauntlet and thrive through all the sonic mess and muck. Garrett never tries to drown out Wished Bone and vice versa. This music is an ultra-sonic love poem for the relationship shared by the false polar opposites of "right" and "wrong."

In a time when performance artists default to clobbering you over the head with their self-conscious spectacles (i.e. hackneyed imitations of Fluxus Group and Iggy Pop), Mustard-In-Law is the bold act of mercy that post-modernism's slow death genuinely needs. Make no mistake, the crazed duo (who sometimes expand to a trio) have studied the basics of the 20th's century's contemporary classical music, but these mischievous Iowans hold no reverence for anything in either the conservatory or the punk club. At a recent concert at a bar in their Iowa City home base, Mustard-In-Law rolled up brandishing a tangled pile of toy instruments, bargain basement sound mixers, homemade plastic oscillators, tiny overloaded tape players, and then blared it all out with what can be described as the sound of a Pierre Henry composition if it were performed by giddy middle-schoolers obsessed with joking about hot dogs and mustard.

Or maybe they just sounded kind of like a Throbbing Gristle/Hasil Adkins free music jam session produced by Eno? Adding to the colorful mania of it all, one member of the group stood there in a day-glo 1980s track suit carefully, slowly drenching himself with an industrial size jug of mustard. Just as the music squished out from every electronic pore so too did the mustard seep into the physical pores, mouth, nose, eyes and ears of the performance artist's body. This wasn't mere chaos for chaos sake, but a lugubrious moment of nonsense-as-ecstasy. The sprawling blob of melodic textures brilliantly mimicked the awkward interaction between the performers and the condiment. Mustard-In-Law's Tape Womb album and the enchanted confusion of its live show pay tribute to the overlooked relationship between musical structure and the beauty of that structure's inevitable decay.

Harpist/guitarist Jess Garland (who often performs under the alias JESSTRINGS) hasn’t yet released an official audio recording of her music, but the Dallas-based musician plays regularly and has recently opened for a few national acts including Gingger Shankar. A few of Garland's concerts can be found on her YouTube channel (which includes the fine excerpt featured here). Early in December, Garland also performed an amazing set as part of a duo with another Dallas-based musician named Jess Bathea. This duo's set found a place in the experimental drone universe for the kind of smooth grooves and sunny melodies that'd make Sade proud. It seems like a mix that couldn't work, but they pulled it off with style and grace and left the crowd wanting more. Both solo and in the duo setting, Garland's work is driven by spacey, shimmering loops of processed harp and guitar. Her sweeps and crescendos dance on the edge of gorgeous neo-classical/folk pop melody pushing hypnotic music out of the minimalist ambient zone and into that of a mystical energy music that ebbs and flows organically in stark contrast to the 21st century's rush of hyper-reality.

Cardi B. is one of the most important pop-rap artists to come out of The Bronx in recent years. Over the last three decades this borough has almost completely shaken off its image as the trashed out/apocalyptic birthplace of hip-hop and transformed itself into a bustling working-class neighborhood that to many lifelong New Yorkers represents the best of what NYC "used to be." An ex-stripper who first made her mark as an outspoken YouTube personality, Cardi B. is an artist who isn't scared to glam it up in big budget live shows and videos while repping her hometown's tenacity.

Earlier this year Cardi wise-cracked the night away, stealing the show from Jimmy Fallon as guest host on an episode of the Tonight Show, an episode in which she performed an over-the- top rendition of her smash hit “I Like It” while eight months pregnant and barely breaking a sweat. “I Like It” features samples from the Tony Pabon/Manny Rodriguez boogaloo classic "I Like It Like That" and a clutch of fresh production flourishes (courtesy of J. White, Tainy, Craig Kallman, and Invincible) that make it more than a mere homage. The song has the gritty energy of mumble rap, the poly-rhythmic complexity of Latin pop, and the futuristic sheen of progressive electronic music. It's a grand anthem that reflects the dramatic joyous narrative of the new Bronx.

Great pop music is a distillation of society's collective consciousness. It’s a sonic conglomeration of eternal hopes and dreams thrown into a blender with transient fads, slang, politics, and cults of personality. Hit-making sensation Ariana Grande's November 2018 single release “thank u, next” is a tune that approximates an electronic music interpretation of the current bedroom pop sound. This track is defined by a nuanced confessional perspective, dry production, and pristine melody.

Grande's vocals gently purr out the bubbly affirmations tailor made for those wounded by heartbreak as they try to move on in a hectic quest for love. “thank u, next” is the stream of consciousness/run-on sentence of someone who refuses to obsess over or forget the messiness of the past. It's a tribute to the mistake as a form of education, the warm embrace of things to come, and a graceful bound across a chasm of disappointment.