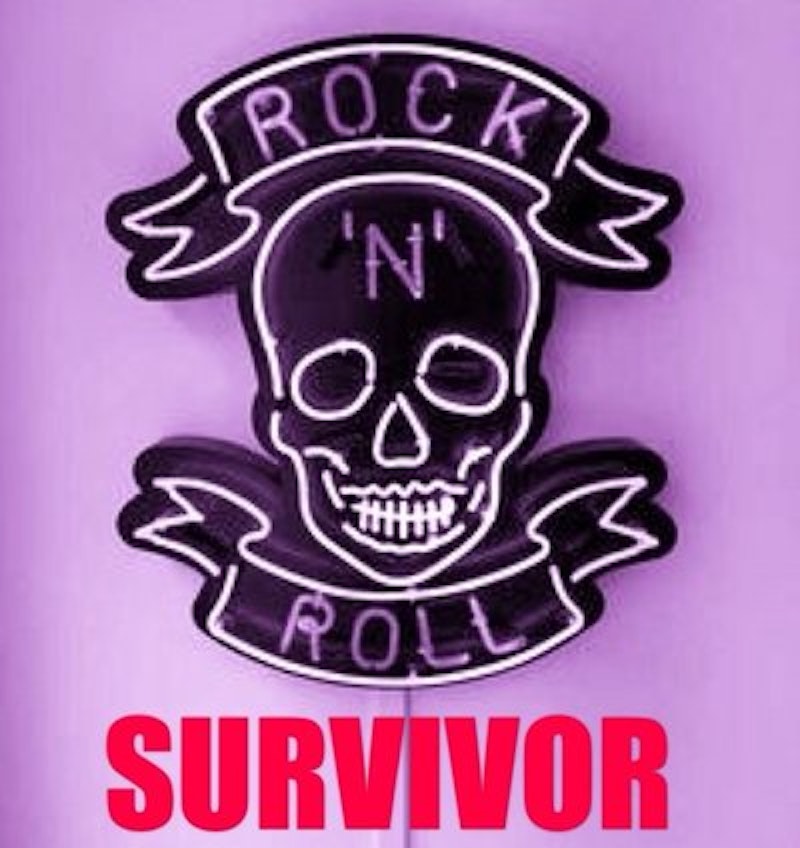 I was checking out an ad recently for a rock tour with Deep Purple, Alice Cooper, and the Edgar Winter Group. Just the idea of these rock bands touring together made me feel nostalgic and numb. My first rock show was Alice Cooper back in 1972 at Baltimore’s Civic Center (now, ridiculously named Royal Farms Arena). I saw Edgar Winter’s “White Trash” there a few years later. I was never a big Deep Purple fan; their songs about smoke on water, fast cars, and girls, left me cold. But hey, when you’re young and impressionable it’s easy to pick and choose your favorite things. Rock ‘n’ roll was the only thing that saved me from a life of misery, teenage angst and peer pressure. Fitting in with the status quo and feeling accepted was high pressure and never-ending. Rock ‘n’ roll was the great equalizer for me that leveled the social playing field. Your friends were the people you shared your music with. It was a r ‘n’ r mutual appreciation society of freaks and outcasts.

Rock was my personal savior. I’d gladly strike a deal with the devil, down at the crossroads. Running full tilt in the thick of that life leading me to salvation, selling my soul to kick out the jams. Or send me speeding out of control on a one-way highway to hell. It was beyond exciting to be in a band of fellow freaks playing in some garage or basement until the police showed up to tell us to turn it down or turn it off. It was usually the parents’ home of an aspiring drummer because they just had too much gear to move around and nobody was driving yet. Today I can’t listen to high volume music. It hurts my ears and gives me a headache. How many times have you heard, “It’s so fucking loud, you cannot hear the singers lyrics?” I love loud heavy music, just crank it down a notch or two, please. I have 40 percent hearing loss in my right ear from decades of standing too close to the amps.

Anyway, out of nowhere, like a divine miracle, Punk hit the world. I was ramped and ready to tear it up. We were changing the world for a split second. Nothing was more important than playing music, writing songs, partying all the time, and getting laid. Punk rock died a quick and relatively painless death. It lives on in the music, and in the minds of some. Like beatniks and hippies before them, punks are relegated to the lunatic fringe of a rock ‘n’ roll sideshow history. It’s a young man’s folly and foolish at best.

For me punk and poetry happened simultaneously. I was on “The Drunken Boat,” with Rimbaud. I sniffed Baudelaire’s, “Flowers of Evil.” I heard “The Ramones.” I even dug Kerouac reading from On the Road, as Steve Allen accompanied him riffing on the piano. I began to see the invisible seams and threads between words and music. How poetry was just a song. And also how a song could be as poetic. I embraced all kinds of music from jazz to country, and everything in between and after. There’s so much music out there now you could never listen to it all. I recommend you give it a try but it’s impossible to hear everything in a lifetime.

Young opinionated white boys with rockabilly/country leanings. Bandanas hanging from back pockets, tight black jeans, wallets on chains, cowboy boots and trucker hats. The classic black leather motorcycle jackets and black t-shirts with white ink. This was my uniform too. In later years I played country punk. There are many names for it. Americana, Roots, Cowpunk, Psychobilly, take your pick. But I was no longer young and the new kids on the block harbored resentment. They’d tell me, “I stunk on ice… I couldn’t sing… my band sucked.” I had the years and the rep to prove them wrong but I no longer felt like proving anything, staking a claim to be in a band competing with young shitty snobs who wanted to be Johnny Cash. Let the kids play. They can have it.

The main thing was knowing that you did it. Not all of them were shitheads. There were many good experiences during that period too. Some of my best times were meeting, and/or playing  gigs with truly great folks I met along the way, so many unique American characters. It’s not out of the question to play gigs on occasion. It’s no longer do-or-die. Too many bands today, without that swagger and defiance, sounding all the same.

Maybe it’s coincidence that poetry and rock ‘n’ roll walk hand in hand down that dangerous path to rebellion and redemption. The late Sam Shepard played drums in a band called The Holy Modal Rounders. He knew and wrote about the American spirit. He was a close friend of Bob Dylan, hung out with poets like Allen Ginsberg and Patti Smith, among others. There were collaborations between William S. Burroughs and Laurie Anderson. Others, like The Clash with Ginsberg, and The Fugs with Ed Sanders used poetry in their music. The very nature of rock ‘n’ roll is poetry in motion. Music can help spawn a revolution. We had a hell of a cultural revolution half a century ago. I wonder what happened.