Suddenly the Western world is flush with musical samples from East Asia. 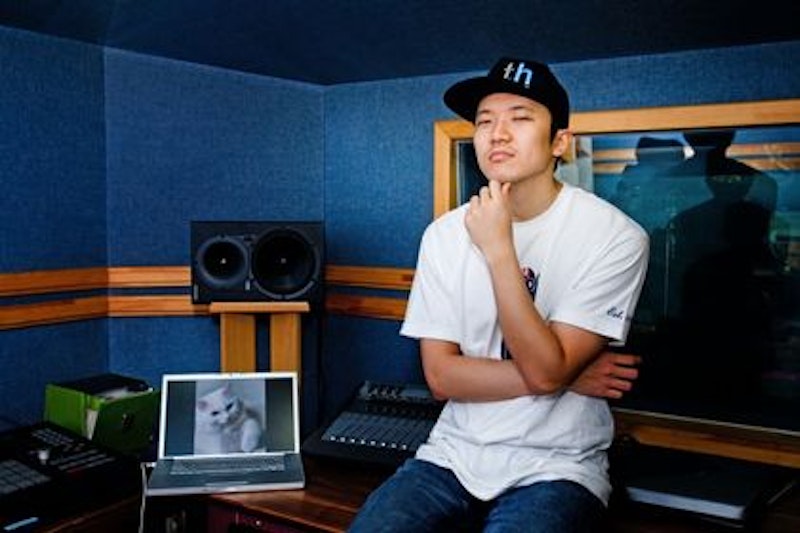 In an earlier article on music criticism, I suggested that writers too often try to convince themselves that the bands and records they cover are historically important. They differentiate every sound of one four-piece, lo-fi rock band from another and then ironically group everyone together at the end of the year under some all-encompassing theme as if to claim ownership to a cultural movement. Remember 2002? It was the “raw rock revival” that featured The Strokes, The Hives, The White Stripes, and The Vines.

Doesn’t that sound perfectly crafted for a Rolling Stone cover? Of course the media’s focus on this trend subsequently helped these bands gain equal exposure, even though The Hives were somewhat of a sideshow act and The Vines just plain sucked. Now in 2009, we’re being told it’s either bands with double-v names—Wavves, Lovvers—or the litter of “girl” groups that pretty much sound the same—Girls, Little Girls, Dum Dum Girls. My biggest gripe with this trend is not its ubiquity, but that the selected themes are uninteresting. Instead of highlighting diverse musical influences, the focus is put on trivial details, like band names.

For example, 2008 was arguably one of the most successful years ever for African music. Reissue labels like Soundway, Strut, and Analog Africa put out multiple, critically acclaimed albums that have transformed the standard box set. African music blogs like Benn Loxo, Matsuli, Comb and Razor, and Likembe got attention in the mainstream press. Even Metacritic’s highest rated album of the year was from a blind African couple. Still, no one felt compelled to tout 2008 as the year of African soul & funk. Instead it was catalogued as a year without any real trend.

Granted, my argument is in vain. Any trend is primarily influenced by one’s musical tastes. My perception of last year’s musical output is clearly different than that of someone who doesn’t like African music. But can’t we spread our wings so we’re not constantly fed bedroom noise-pop?

Diatribe finished, here’s my own trend alert contribution to the music community: Eastern sounds. There is nothing novel about this trend or even really marketable to a mainstream audience. DJs have been sampling eastern sources for decades, usually with the intent to chop it up in an electronic blend or to add rap vocals. Usually, when they find the right breaks, they hijack the record and get out of there. The three artists listed below are different though. They’re DJs and producers by trade, but they’re also individuals on a spiritual quest—hoping to find a sense of identity in the music they collect and create.

DJ Smokestack
Arjuna Sayyed, also known as DJ Smokestack, has been to India on three occasions. The first two trips were for spiritual guidance. The last one was for aural pleasure. With his portable turntable in hand, Sayyed dug through stacks of moldy, maggot-eaten record sleeves in search of Bollywood funk and disco sounds. Despite monsoons, power outages, and cramped spaces, Sayyed came away with an unbelievable collection of local music as well as an enlightening experience. At the end of his trip, Sayyed’s newfound friends asked him to perform a break dance routine in front of their record store. It’s appropriate that one cultural exchange be followed by another. To hear his full story and listen to some of the music he collected during his trip, check out this article he wrote for Wax Poetics.

DJ Soulscape
One of the first quotes you’ll see on Soulscape’s DJ-collective website is this charmingly awkward yet powerful mission statement:
It is the goal of 360 Sounds that each DJ with different characters supplies fresh music of their own repertoire with diversity even it might be a little strange for somebody. Because they believe listening fresh music alerts creative spirits and makes our soul sound and vibrant just like having fresh vegetable sustains us healthy.
Based in Seoul, the 360 Sounds group is a bubbling mix of American hip-hop, skateboarders, graffiti artists, and club culture. I can only guess the result is a string of awesome house parties that mirror every high school shindig depicted in American films where skaters mix with blonde bimbos and some lanky kid commands a way-too-fresh turntable setup.

As an artist, radio host, and party promoter, DJ Soulscape is one of the founding members of this young movement. His musical contributions are clearly rooted in hip-hop and funk, but he also holds on to his heritage. On his latest mixtape, The Sound of Seoul, he dips into soul, funk, and boogaloo, but with an especially local taste. The music is meant to conjure up images of the Han River at midnight or the youth-filled Myung-dong street fashion district. Like all great students of music, DJ Soulscape is both a purveyor of new sounds and an archeologist, which makes 360 Sounds a perfect blend of this and this.

"Theme for the Han River"

Onra
I haven’t stopped listening to or talking about Onra for the past year. His phenomenal album Les Chinoiseries, a mix between J Dilla and Cambodian Cassette Archives, finds an extremely rare middle ground between monstrous club anthem music and untouchable grace and beauty. The personal story behind the music is equally touching. Onra was raised in France but has family ties to Vietnam. In 2006, he traveled to Saigon to reconnect with the land of his grandparents. He returned to Paris with more than two dozen records in tow and set out to create a sort of musical self-portrait. The result is a diverse collection of gorgeous string music, hip-hop stomps, and hypnotic loops. If there’s any album out there that perfectly expresses the relationship of self-identity and environment, this is it.

"The Vallee of Love"