All Music is Good Music

Digital technology and the sheer volume of available music have put reviewers in a bind, resulting in a naive-seeming surplus of positive reviews. 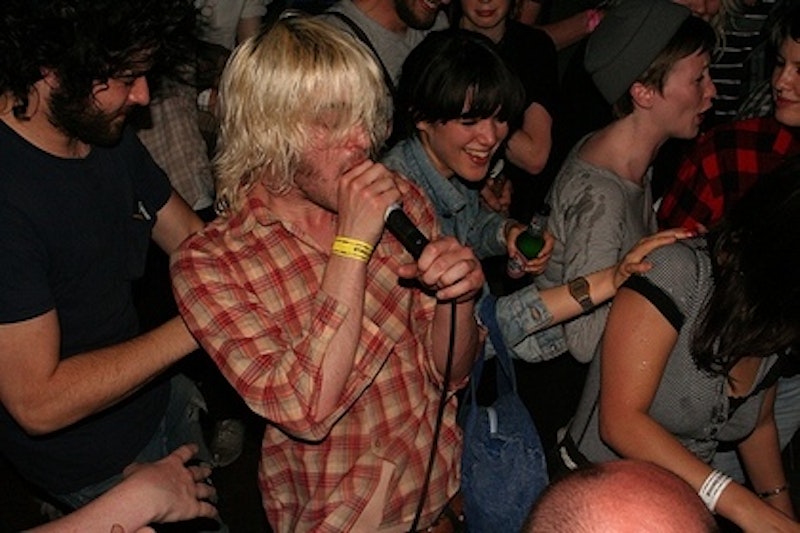 Lovvers, who are surely part of some huge cultural movement, right?

Recently, bloggers over at PopMatters and The Atlantic have written cogently about the ubiquity of positive literary and music reviews and the sudden absence of tough criticism, a conversation that's certainly appropriate for this time of year when the majority of articles we're reading are high praises recycled from the past 12 months. At Splice we’ve already touched on some of the themes at hand, including "descriptive (music) conglomerates" and, similarly, the tendency for book reviewers to craft blurbs instead of arguments. Here are some additional thoughts to add to this discussion that, while on the subject of music criticism, can still be applied to other forms of media.

To some, any music review is a positive review. When there is such an overload of releases in any given year, just selecting an album to review gives it some immediate worth. Film critics usually don't have this problem, but when you add in the growing importance of viral videos that may soon all change. Theoretically a critique could be damning, but the simple fact that an album makes it through the critic’s screening process means that it's a cut above all that music that was lost in the mix, right? Any review is positive publicity for a band, but, as a whole, I disagree that any published article qualifies the music as good.

Critics choose to write on a subject for a handful of reasons—expectations, talented musicians, large target audience—a lot of which are not predicated on the assumption that the music is actually any good. I know there are websites and publications out there that are fed up with writing Coldplay reviews but when you set a precedent of covering bands with mass audience appeal, you're pretty much obliged to cover them every time they release a dud.

It's difficult to balance biased opinions and diverse tastes but without the two you're bound to lose audiences. With reviews that take a more informal tone, it seems more important for a writer to convince the reader that he or she is your pal than to actually explain any elements of the music. The goal is to be less like a scholar and more like a friend with good taste who's giving you the in on an underground movement.

And “movement” is a key word in this discussion. Another current critic tactic is to inaugurate musical/cultural movements in an attempt to historicize the minute and the mundane. Pitchfork Media is well known for its vivid, sound descriptors, but what's often overlooked is the way in which they document trends. Just recently Pitchfork highlighted tracks from the artists Wavves and Lovvers. Sure the bands' lo-fi, garage sounds fit the website's taste, but even more important is the opportunity for Pitchfork to claim a cultural movement—Coastal garage rock! Double-V's! It must have some greater meaning right? Like that one year when every band put the word "The" in front of their name. There's a specific reason for this grandstanding and incessant plea of importance, and it all has to do with technology.

The fact that we can read a music review and find an mp3 file before even finishing the article plays a big role in the evolution of music criticism. This kind of accessibility has transformed the language of a standard piece because, as Rob Horning puts it, “reviewers are competing with the songs themselves.” Nowadays, a reader can browse daily listings, immediately find sound bytes, and make their own judgment. That 10-minute period where one used to read about the sound of an album is officially obsolete. Horning argues that now, “Many review editors try to compensate for this by urging writers to craft tightly wound prose explosions with lots of active verbs and implausible metaphors.” He's right. A review can no longer be a straightforward description. In fact, it must do everything in its power to convince the reader that it's the exact opposite. It needs to prove through anecdote, poetry, or historical grandiosity that you are part of something bigger than just a listener. You're a friend and a cultural movement wrapped up in one.