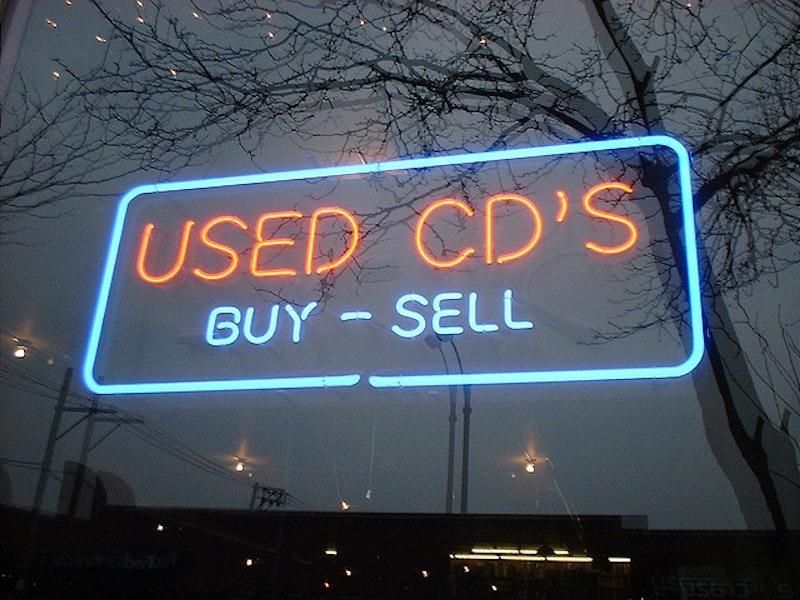 It’s easy to be in control of culture. DVR lets us choose what we want to watch, Pandora’s there for what artists and styles we want to listen to, and the Internet gives us the power to access any song or album in seconds. As a result of our cultural omnipotence, we don’t listen to artists we aren’t sure about. And why would we? Now that we don’t have to, it is rare to walk into a store and pick up an album on the off-chance that we might like it. Instead, our choices are carefully researched. We listen to samples and read reviews so that our purchases are guaranteed to satisfy us, but at a cost.

In seeking musical purchases, we sacrifice the thrill of individual discovery. Technology has given us greater access to the opinions of “experts,” and we’ve willingly left the decision to listen to an album up to them. Even in the world of alternative or independent music, its common to find people listening to the same stuff because it was in the “Best New Music” section on Pitchfork. This phenomenon is shown in the power that reviewers hold to “break” bands. After a positive Pitchfork review, Arcade Fire’s debut album Funeral sold more copies than any other CD in Merge Records history. While it’s possible to argue that the influence of reviewers has led to greater success for some indie music artists, it’s hard not the think about the bands we’ll never give a chance because of the subjective opinions of a writer.

The consequences of our cultural control are far reaching, yet at Second Edition Books and Music in Columbia, Maryland, they’re stopped at the door. This used CD and bookstore has created an environment where the personal views of the consumer are the only factors in deciding on a purchase. Second Edition’s unique environment starts with their methods of collecting material. The store is dedicated to selling only used CDs; therefore, they completely rely on trade-ins from customers and collectors to fill their shelves. This system creates a mass of material that is eclectic, cheap, barely organized, and constantly changing.

The CDs that show up on the shelves at Second Edition are not tailored to what their customers want. Instead, circumstances have brought these items together as customers buy and sell their music from and to the store. The experience is no longer a controlled one; it’s about browsing through randomly assembled objects. A typical customer will spend at least a half-hour riffling through the music at Second Edition, fishing for a prize. It could be a familiar artist, cool looking album art, or a record whose unfamiliarity is a temptation in itself. And with each CD at only $5, what’s to lose? While it’s true that a customer with individual opinions once purchased a CD that now lies in the store’s collection, your decision to purchase their trade-in is not directly influenced by their view on that album. When a browser picks up something at Second Edition, it is a completely independent decision, and whether they are unhappy or happy with the contents of their purchase, they have been given the satisfaction of a personal choice.