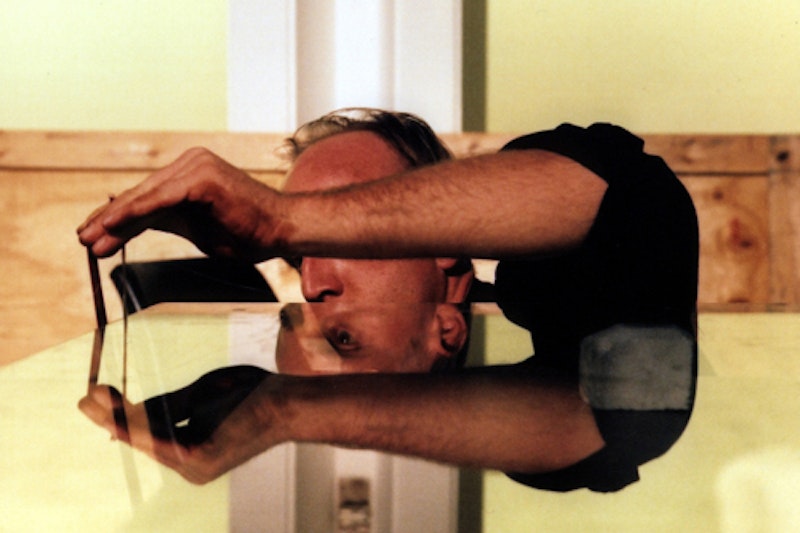 The word “unclassifiable” comes to mind here, as hollowed-out bongo percussion accelerates into a blare that melds vacuum-cleaner scour, New Age glaze-gaze, and a howling crest of feedback into a negative-zone crisis of conscience. Worked-over vocal scrubs and cassette-abuse disambiguation squat in the mix as well; frequencies are dry-humped and throttled, mysterious strings glanced. Resolution is a pipe dream, something only children believe in, pure illusion. What I cherish most about “EGN” is the sense, no matter how often one revisits it, that the unstable elements here could either reconfigure themselves or spontaneously combust. It’s as though some sort of massive psychic struggle is sorting itself out, for all to feel, hear, fear; the threat is real.

“Groan drone” or “dirge drone” lacks currency in noise, probably because high frequencies intermingled with low ones and system/amplifier havoc are sexier, more immediately apt to seize the attention of audiences. Damned Piano—out on Anarchymoon sometime in the near future—is a celebration of turn-down-for-what groan drone: gratuitous, crepuscular lowing expressed (I surmise) via vibrating bass strings and electronics manipulation and the unorthodox triggering of pianos. The first movement is very shadowy, very indistinct, snaking along in rasps that are likely to stretch way, way out or clump up suddenly or give way to hissing brown tones that are barely even there. And when Bellerue finally shrugs away his clouded reveries, it’s like being locked in a dark sub-basement with several baseboard heaters that chose the exact same moment to snarl to life.

Weezer, “Ain’t Got Nobody”

"Ain't Got Nobody" is yet another of Weezer's stung, spirited mopes, in the grand tradition of “No Other One” or “No One Else,” where the cause is neither blandly prescriptive (“Keep Fishin’”) or defiantly blunt (“Pork and Beans”) but cheerily, almost stridently miserablist. The sentiments expressed lean so heavily on hyperbole that I’m half-expecting this to be the credits music for The Last Man on Earth, Will Forte’s forthcoming apocalyptic comedy, but it’s not as though the experience of crushing, self-exaggerated isolation is truly unique to anyone. The hard sell of “Nobody” lies mostly in its six-pack, rock-candy Great Wall of guitars—who could resist hooks like these, writ large?—and, to a somewhat lesser extent, massed handclaps and gang chants. That endorphin-injected riffs yoked to sad-face lyricism is an old feint—Nirvana played this game well—is of no consequence; nor is the fact that, in his dotage, Rivers Cuomo’s writing has withered considerably. Conviction remains on his side, and conviction is what counts now.