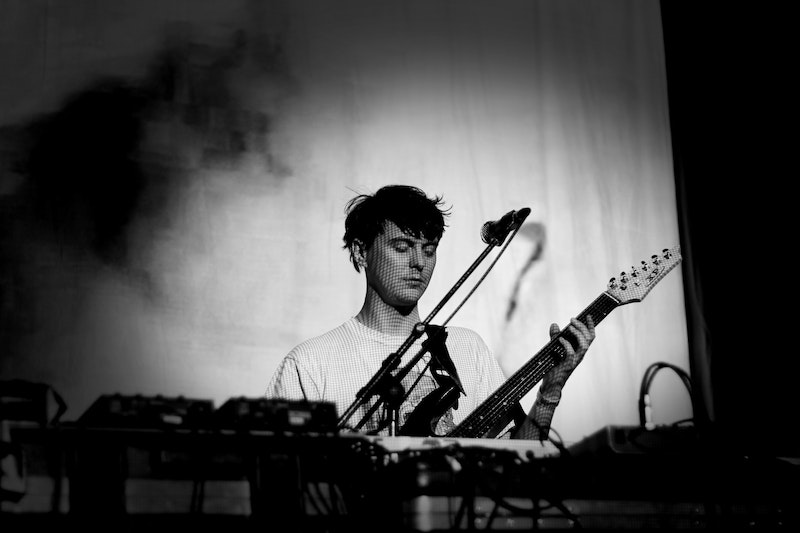 Panda Bear returns with “Mr Noah,” the first single from his triple LP Panda Bear Meets the Grim Reaper, out in January. The song was released as an EP with another three songs—“Faces in the Crowd,” “Untying the Knot,” and “This Side of Paradise”—just before midnight on Wednesday. The accompanying video is the best anyone from Animal Collective has put out since “Grass” or “Who Could Win a Rabbit,” and uses that weird stop motion cardboard cut-out animation style that was done to death in a million videos by other bands a decade ago (“Take Me Out,” “Float On,” “PDA”). Didn’t look good then but the bumblebee POV of “Mr Noah” and its circuitous set mimic the backwards-forwards flow of the music. The music that makes up Panda Bear Meets the Grim Reaper—premiered live over the past two summers—is made up of winding and closed loops that morph and change dimension seamlessly into bigger or smaller components of this big sucking intake thing. It sounds like a vacuum. Not unpleasant white noise: everything, even the stomping drums, sounds like it’s being spun around in a wind tunnel, the brittler effects and noises flying all over the place, the rhythm barely holding on. Noah Lennox barks his vocals out one syllable at a time, changing keys but remaining blasted in place. This is music from inside an airplane hangar.

“Mr Noah” is upbeat and sinister, the bleak sequel to “Daily Routine,” when the father is older, crankier, and more tired than ever—“You don’t want to get out of bed unless he feels like it’s justified.” Avey Tare’s record earlier this year with his band Slasher Flicks was full of blood and guts but it was a haunted house run. Lennox, 36, writes the most pensive, personal and moody songs in his group, and this project feels cumulative and almost desperate, a complete statement should the Grim Reaper arrive early. With a wife and two children, Lennox’s attitude toward death is a lot less playful than his bandmates' (he wasn’t one of those geeking out over The Shining and Texas Chainsaw Massacre soundtracks in high school). These songs are full of humor but completely menacing too, like something awful coming to life before your eyes to devour you on the spot.

It’s certainly more exciting, catchy and less cluttered than most of Animal Collective’s Centipede Hz (except Lennox’s excellent “Rosie Oh”), but there’re only so many ways you can sing about cooking dinner or variations on “Hang in there!” Lennox feels at home in his domestic obsessions and vocal tics. The production is much more colorful and lush than Tomboy. It's Person Pitch once you give it a nice long bath and a hair/nail cut. “This Side of Paradise” is an amazing song, the sweetness in Lennox’s voice stained by its twisty delivery and aquatic effects. All four songs operate on this organic/mechanical system that feels like a closed loop—droning, but constantly moving, sometimes seemingly in place. Mr. Noah is a fascinating primer for what looks like another excellent album from Panda Bear.