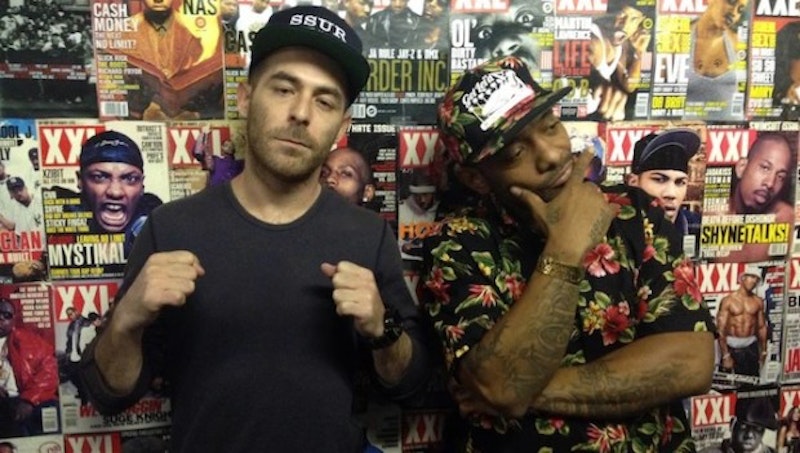 Imagine that someone has just handed you a milkshake. You start drinking that milkshake, and it's the best milkshake you've ever had: the ice cream is super creamy, there's just the right amount of milk and caramel, the temperature is perfect. You'd almost call it a religious experience. Just when it seems like your enjoyment of this milkshake couldn't possibly be heightened any further, as the whole concept of ecstasy is being called into question and reevaluated, your chest tightens up and sweat breaks out on your temple. You clutch your throat and claw at your face, writhing in pain, and the empty milkshake glass shatters into a million shards, and your former milkshake benefactor looks on coolly while you writhe on the ground as poison courses through your veins. "Origin" is like that, in its way—a swollen, hermetically-sealed immensity of feeling that hovers somewhere between pleasure and agony without quite tipping in one direction or another, perpetuating a fraying, baffled sense of infinite synthesizer-chord stasis. Maybe.

Prodigy and Alchemist, "Say My Name"

Albert Einstein might be the best commercially available rap album of the summer so far that nobody bothered to buy, but then again, life's purest pleasures are typically enjoyed by a select few. As with 2007 classic Return of the Mac, the formula is really simple: Alchemist machetes up soul and funk flesh and emerges with breathy, red-room velvet, then Prodigy goes in hard with gore-y knuckleheadedness that's equally slaughterhouse and anti-progressive. For rap nerds, closer "Say My Name" is among the record's more amusing horrorcore fantasias; if hearing P tweak and flip classic rhymes from Dr. Dre and Jay Z back-to-back with surly aplomb wasn't enough (sorry, no hints), he breaks down why you shouldn't hate him cuz you ain't him, casually details several ways he could eliminate your map, and calmly volunteers himself as a heir apparent to Freddy Krueger. Meanwhile, Alchemist flips G-funk switches, submerges feminine oooos and ahhhhs in seltzer-caked bar glasses, and stirs the club slowly with a swizzle stick the size of a hunting spear.

Witchbeam, of NYC/Cleveland concern Telecult Powers, has made no secret of his fascination for the unorthodox and the occult; it inflects his many and sundry creative ventures, from album art to reptilian tonal manipulation to the voodoo-drumming excesses of his Mysteres du Serpent project. "Isles of Salvation," from a forthcoming solo cassette titled Shadow Musick Vol. 1, boasts more space than anything he's put out to date. The first stretch weaves chimes, bird trills, treated vocal samples, and chill bongo battery into something eerily hypnotic minus the usual undercurrent of dread; synthesizers flare and hum some in the margins without dominating the LSD-drum-circle-of-one vibe, and there is cryptic poetic imagery scattered about. Then two minutes near the end, everything drops out except for those oozing and buzzing synths, which, after exploding into misshapen monsters that wreck Tokyo, dissolve in a drugged thrash of chimes. I don't know what any of this means, but a) it makes me want to invest in a rain stick factory and b) as soon as it's over, I want to hear it again.