What I want is a song that makes me feel outraged and heartbroken. 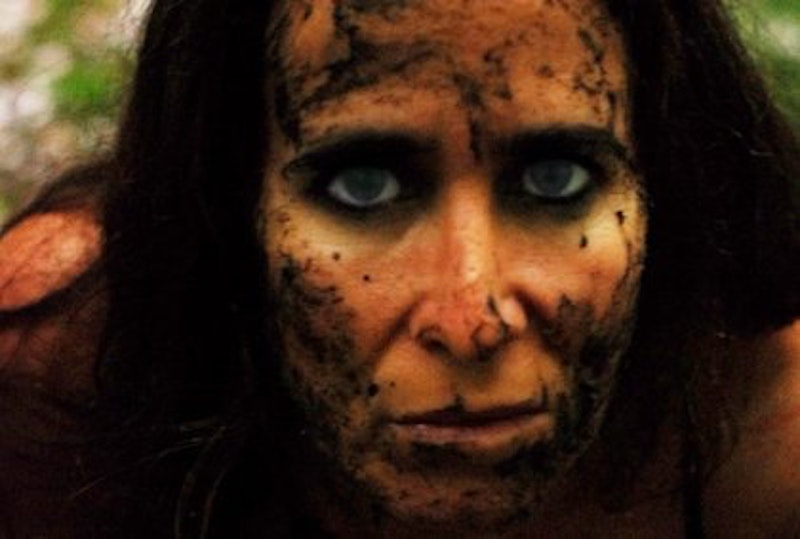 As a First World White Liberal, one of my contractual duties is to listen to politically- and socially-conscious rock music. It satisfies the part of my brain that wants to march in the streets, but is discouraged by the lack of comfortable seating and video games there. So I was pleased to receive activist musician Marla Mase's new CD Speak Deluxe, since I was assured Mase was a sharp commentator on “the universal woman's” plight in the world today, and that she had a great band behind her. As it turns out, one of those statements held true.

I popped the album on while sorting some laundry, and for a while I was grooving along to the first track, “Scream (Reprise).” Why Mase starts with the reprise (and how that's even possible) is a conundrum, but it's an intense opener. Mase, partnering with the Tomás Doncker Band, draws on a pretty impressive variety of genres to create her sound, and opens the album with a off-kilter mix of indie metal and funk that's got some sweet distorted guitar riffs from Doncker and frantic spoken-word vocals from Mase herself. The message is simple and direct, if not unique: don't be silently complicit in injustice. Stand up for what's right. I like it.

Unfortunately, Mase's strong start is almost completely undone by the next track, the unfortunately named “Piece of Peace.” Not only are the lyrics trite—bland rhymes about infinite flowers and how we, as people, all need food to eat—but Mase's delivery is overly precise and lacks passion. Excepting the handful of Joan Jett-caliber screams, her vocals are carried by the musical arrangement.

In fact, that's a pretty good summary of the whole album. If you can trick yourself into pretending Mase isn't actually singing, you'll be better able to concentrate on Doncker's guitar and the well-mixed instrumentation (the Doncker Band has some great strings and horns, and uses them to full effect). If not, you'll be stuck listening to the same songs I did, like “AnnaRexia”—a reggae jam about the titular eating disorder, cleverly misspelled to reflect the Jamaican accent in which the word is pronounced. You'd think that Mase, who just did a rock opera about a mid-life crisis last year, would use that title to create a nuanced character who struggles with her body image and society's expectations for women, but you'd be wrong. The tune just spells out the facts—anorexia is super bad, society is also super bad for perpetuating it, it's not a celebrity thing, etc.

It's next to impossible to enjoy stuff like this because it's so boringly straightforward; I know I don't like eating disorders or the objectification of women. That's not why I listen to activist music. What I want is to hear a song that makes me feel outraged and heartbroken and unable to bear the amount of suffering in the world any longer. When Mase sings “They say we all need the same things/Babies sleepin'/Food for eatin'/House to live in/Education” I don't get the sense that she's doing anything but filling out a paint-by-numbers guide to making a left-wing concept album. Instead, to quote Mase's song “New Cell Phone” (which is a spoken-word track about the philosophical underpinnings of changing one's cell phone number, and is just as contrived as it sounds), “I just wanna turn away.”

Mase and the Doncker Band will bring Speak Deluxe to Summerstage in NYC on August 17, a performance which is apparently a huge spectacle, with modern dance and “visual imagery” added to the album. It's free, and includes an hour-long dance fusion class with choreographer Craig Smith, so if you're in the area it might be worth your time to give Mase's weird brainchild a shot. Taken on its own, though, Speak Deluxe is a mess—a well-arranged mess, perhaps, but one that needs cleaning up nevertheless.