Three Shocks to the System 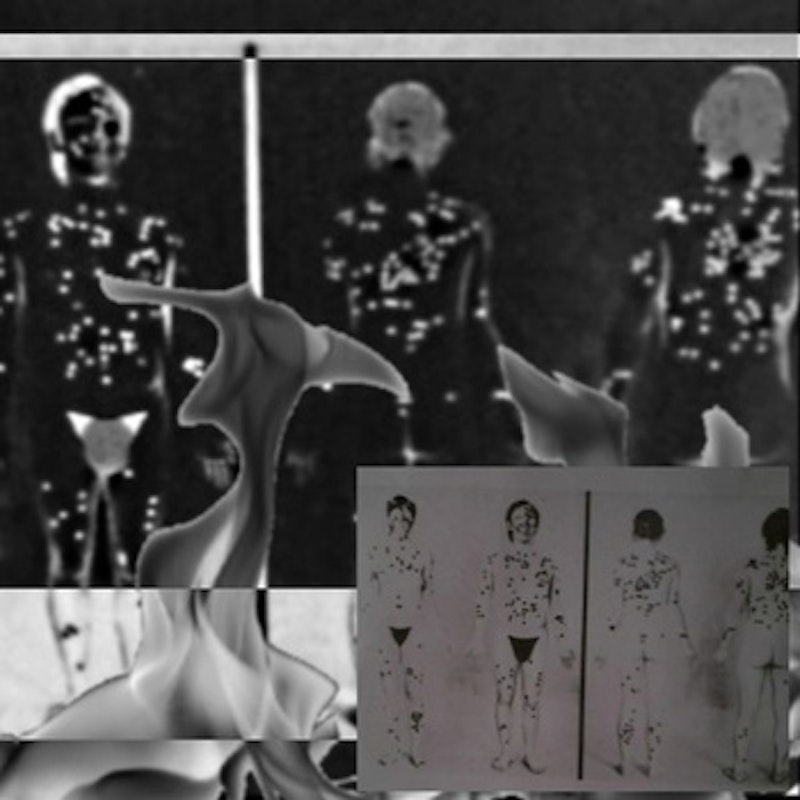 Imagine a phone cord. Imagine that phone cord curled infinitely. Imagine that phone cord ribbon thin, bouncing like a slow-motion Slinkee, bathed in the flicker of popcorn static, radiating an inexplicable force field capable of rattling the nervous system of anyone who touched it. Imagine that someone is addressing that cord intermittently in a voice that isn’t quite a monotone, at close range, and grasping the cord as well as if it were a lifeline, nervous system unfazed and countenance bemused. What you’d imagine, if you were quite imaginative, would quite not be synth-pop, per se, or noise, or a sort of inviting industrial sherbet, but a beguilingly lethargic amalgamation of all three, shedding disdain and dismissal in equal measure, carefully seething a mystery.

In early June, Control System, Ab-Soul’s sophomore album, received a glowing 8.1 review from Pitchfork. A month later, the album surfaced on the site’s “Overlooked Records 2012” staff list. So what does this tell us about the Black Hippy crew’s lowest-profile, least commercially viable member? Namely that while critics adore cerebral, multi-faceted rhymes, ignorant shit moves digital units among the average; this is why you’re more likely to hear choice cuts from Schoolboy Q’s Habits and Contradictions in rush hour traffic. And to be fair, System can come across as downright un-embraceable until the listener’s thinking begins to align with Ab-Soul’s own pretzel logic and penchant for object lessoning: introductory progressivism/free thought disguised as ignorant shit.

I like “Nothing’s Something” a lot, for a few reasons. It is, in a very figurative sense, a song about a person who transforms into an out-of-control tornado. Ab-Soul raps in a panicked, paranoid scat that suggests something hard and globular ping-ponging rapidly back and forth between two closely placed surfaces, or an angry dog being jerked about by its collar, about being ludicrously rich and famous, perpetually under surveillance, and very likely narcissistic: “I couldn’t tell you how the world function/But I’m headed to the function.” The narrator’s back is to the wall, but maybe there’s somebody holding a camera phone just out of view. The only logical recourse to this state of affairs is drugs, girls, various lifestyle accoutrements, and more drugs. (“Something,” tellingly enough, samples an interpolation of Kanye West’s “Addition.”

The world is full of songs like this one, but what Ab-Soul manages here is to justify why so many celebrities act so badly, with such vociferousness, again and again. Aahyasis’ beat is one out-of-focus, insomniatic twitch after another, and Ab-Soul wields it like a hari-kari blade, twisting it deep into the psyche of a character he’s playing—dude is 25, and not famous enough to inhabit this song—without quite hemorrhaging enough exposition for us to really pass judgment or know for sure how this story ends, as if we’d even want to.

So I couldn’t find a standalone version of “Position: BWIK” anywhere online, but if you navigate to the 23:59 mark of this YouTube version of The Sincere Interruption, you’ll be treated to three and a half minutes of exciting electronic eczema. What Lanham has here is just short of alchemic: limestone cave droplets becoming virulently acidic then begetting spritzes of boiling oil, continuously buttressed by varying degrees of synthesized bongo patter. There’s a teeter-totter between extremes of rotting sub-bass and tones existing on the fringes of the adult hearing spectrum, as though in some sense “Position” is the algorithmic equivalent of a nano-machine dislodging thousands of imperceptibly thin slivers or strands of glass from a Coke bottle, like a maniacal lo-jacked woodpecker at 1/100th the size of a hummingbird drone. This is welding torch music that’s about beyond detection, fanfare heralding a daydream, your brain on drugs.