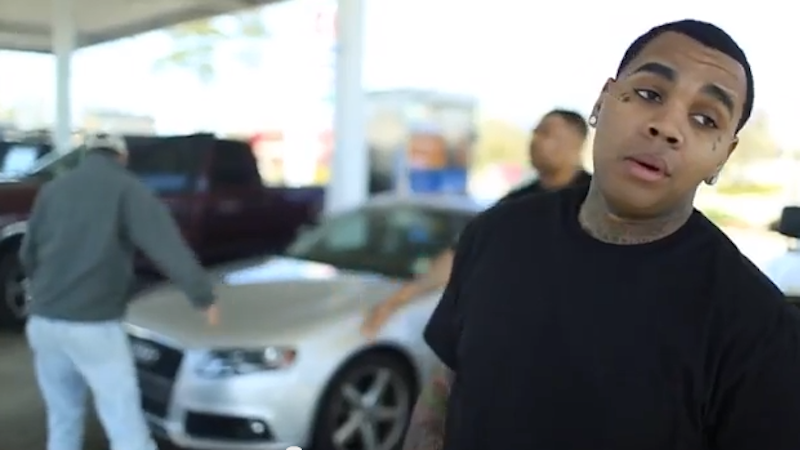 Venus Ejaculates into the Banquet is a tough album to consciously accustom oneself to, and not because of the improbability of the image the title conjures. You just have to kinda let it happen, unawares, and then all the elements suddenly fit like gloves, everything makes sense: the attention-starved operatic vocal quavers, the abrasive electronic syncs and sputters, the skeletal thwop thwop thwops, the sense that you wandered into a house party thrown by huge Eurythmics fans where somebody knowingly dosed your drink. That said, I really, really wish you could listen to "Crawlspace" right now, that it was streaming somewhere. At first, it sounds like Humanbeast are slowly testing studio speakers with a snare drum, then it's as though they're remixing Matmos' "Teen Paranormal Romance" at purp syrup-speed—which would be enough, which would be smashing—but then Maralie Armstrong's voice comes on, eclipsing and ferociously bold, flayed into phantasms and hallucinations, seizing your attention so that the rest of the band can play mind games with the rhythms and textures. Somehow I think there will always be more to unpack here, blessedly.

"Payback" packs an astonishing amount into its 93 seconds: there's pulse-pounding prog epic in there, art-freak synth saber wars, some meta-metal, some heartbreaking lovely guitar spirals where you can imagine band members leaning back to back and furiously fingering frets, etc. After it's over you'll feel spent, elated, and maybe cheated, too, like Big French pulled some kind of a fast one on you and are monitoring your reaction with bemusement. It's like a commercial for something bigger and more substantial, or a sample taster for a designer drug invented by someone with worse fashion sense than you, but with way more entrepreneurial acumen than you could ever hope to possess in your wildest, wildest dreams. Let's bullet-point it: "the Guided By Voices of speed prog." And, thank God, nobody fucked this up by singing over it.

Kevin Gates raps "Paper Chasers" like Macho Man Randy Savage or Black Machismo spitting bravely through the mother of all anxiety attacks, the arhythmically convulsing goose synth production (like early Swizz Beats, but maybe I'm misremembering) goosing along a sense of exhaustive street-hustle relentlessness that Gates' verses echo, too. (Read the previous sentence three times fast, while riding on the back of someone else's Harley, to get the effect.) It's the sort of puke flow that brings Danny Brown to mind, but Gates is higher on himself and the rush of perpetual motion than he is whatever he purports to push. Every banger has a narrative peak, a place where the velocity spikes then threatens to ebb, and on "Paper Chasers" it's somehow "Say it's about to get interesting/Bitch say she's from Michigan"—Detroit crowds will flip for that one—but the pleasures here, throughout, are the hysterics the MC routinely invests his chatter with. They're bustles in a blustering hedgerow that nudge him out of tune and fracture his facade. When the verses fade into the ether, we're left with the sense that Gates is on a never-ending road, continuing without us.