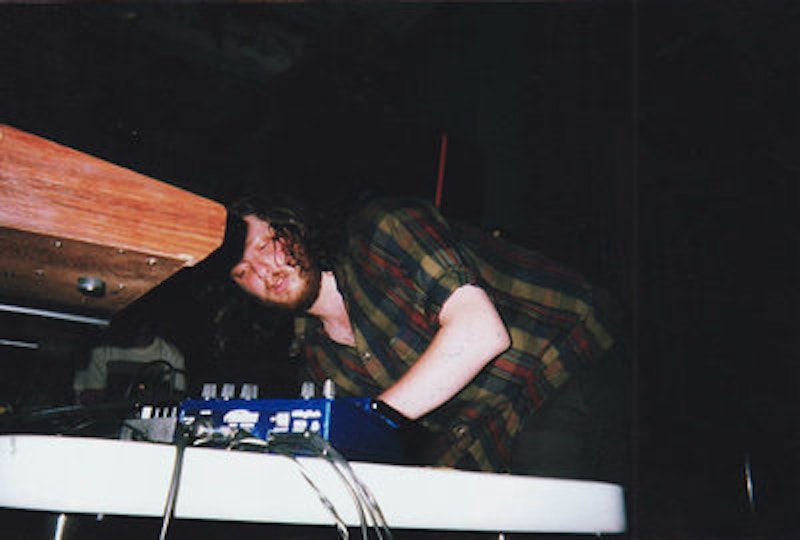 Daniel Lopatin (aka Oneohtrix Point Never) in a 2009 interview with Tiny Mix Tapes: “Treat your work like Work, with a capital W, put in the time, and good things will happen. In terms of production and distribution, it's never been a more level playing field than as it is now. Everyone's going hog wild putting stuff out DIY style, which is radical. As far as illegal downloading is concerned, I've never understood the debate. The Internet is a giant free-promotion machine [...] I didn't get into music to fight piracy or rally against the digital sea change. The bottom line is, whatever you're gonna do, whether it be pirating stuff, or making art—just do it well.”

I remember being in the bathroom at Baltimore’s Floristree on the last night of Whartscape 2010, feeling totally wiped out, dull, physically exhausted and sick of watching bands. Most of the day was rained out and an ad-hoc show happened at Sonar, which was a generous effort but it was still a disappointing day. I can’t place a lot of the great, transcendent sets I saw—Teeth Mountain, C. Spencer Yeh, Zomes, Gaybomb, Narwhalz of Sound—but I’ll never forget feeling my exhaustion and fog floating gently away as I sunk into the sound of Daniel Lopatin playing. His songs were narcotic in their warmth, and totally mystifying. He was another guy with a table full of synths and electronics, and unlike most of them, he made a convincing case that he would be a major player if he wasn’t already.

Lopatin took a dark turn with his last LP Replica, using jarring and disturbing samples from TV like people breathing, Homer Simpson saying “Up!”, skeletal piano circuits, and white noise. It’s one of the scariest pieces of music I’ve ever heard. It’s impossible to distinguish whether his voices started as people or programming, and that assimilation, that vision of a near-future where organisms and technology lose their distinction, morphing into something not transcendent but imprisoning, a brain contained within a glass enclosure.

His Warp debut R Plus Seven is out October 1, and the first track released, “Problem Areas,” goes deeper into his beguiling memetic tunnel. There’s a lot to parse in the deeply unsettling video, somewhere between a product demonstration and a bad dream. It consists only of slow zooms of various pop culture totems—a microphone, Coors Light can, a Terminator-like metal skull, ketchup bottle, VHS tapes, a Dilbert mug, and genderless, angelic clay sculptures. One of the reasons Lopatin’s work is so viscerally creepy is that nothing he does is explicitly “dark” or violent. He chooses not to show things and let us fill in what his music and visuals imply. The image that sticks with me most is of the McDonald’s cup next to a distended, mottled clay trumpet, resembling cancerous intestines or something. The voices and images used in “Problem Areas” call back to Super Mario 64, but what separates Lopatin from everyone else fetishizing tape culture and the 1980s/90s is he’s engaging with it in an academic way, with every sonic and visual detail precisely placed and imbued with meaning. Without that attention to detail and aesthetics, “Problem Areas” would be no different from a rehashed pop art exhibit.