Three Novel Ways to Ring in a Wretched New Year 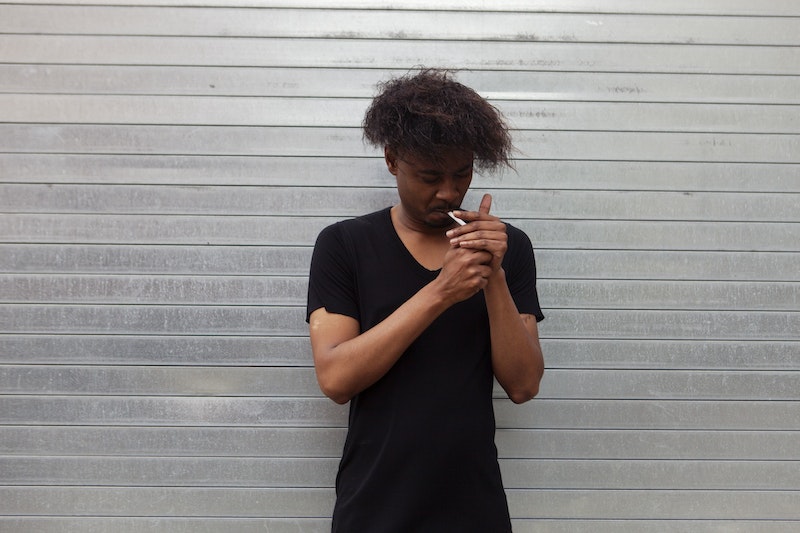 Fair enough, fair enough, given how downright insectine "Moth" sounds—like some gross amalgamation of man, machine, sampler, and antennae-possessed buggie. This is below-zero, heavy twilight music, for that magic hour when the revelers' internal clocks are winding down and the freaks are finally stirring in their chiffon-lined coffins. Oceanic white noise, growling electronics, bat wings beating impossibly fast, okay: but there's a Hans Zimmer choir and a gorgeous drone rattling about in there, brokering a deal with some rogue poltergeist or other. What's even more impressive is that a) the various sonic streams engulf without overwhelming, b) that "Moth" portends horror without quite exploding into chamber black-metal apocalypse, and that c) the song declines to overstay its somber welcome.

The only way to enjoy bands like Burnt Skull is to avoid overthinking them. Just now, when I was trying to assign a genre tag to whatever this sort of flailing, overdriven-but-leashed IED should be called, all of the vicariously puerile joy of the thing evaporated, until I switched off the "critic" part of my brain and, instead, imagined a younger, less inhibited version of myself headbanging to this in a trashed VFW hall. All of which is to say what you're skimming here is kind of an anti-review, and that I hope these guys break up sooner than later. A band can only burn this hot and bright so many times until something vital is fatally lost in translation, before the drummer wants a more professional kit, and a four-track is traded in for, I don't know, Steve Albini, and then suddenly you're Pissed Jeans or Ponytail and you're still reasonably awesome but a pale shadow of your former selves and you score the 300-word count Elder Statesman profile in alternative weeklies. And now I'm off to look up their tour dates.

The bare truth of the human condition is that we're all finally alone; ultimately, we’re known only to ourselves, and sometimes not even. And while it's fun to imagine that our cultural heroes escape this, that their lives are non-stop parades of parties, honors, debauchery, and story-telling, at heart we known that's a myth—which part of what makes "Lonely" feel like such a revelation. Old boasts a good five-six other tunes that deserve space on the mental "DANNY BROWN 4EVA" playlist that blares in my head some days, but it's here that the Detroit rapper turns more introspective than we've ever heard him before. Brown tables his money-makers—the bug-eyed jester, despondent dealer, and curt bruiser personas—and shifts into a gear that's more plaintive, less quotable, painting watercolors over Paul White's sloshes of melancholy acoustic guitar. What we get are dashes of memory, mea culpa shocks, inspirational asides, and reminders that "nobody really know me." It's the realest shit he's ever written.