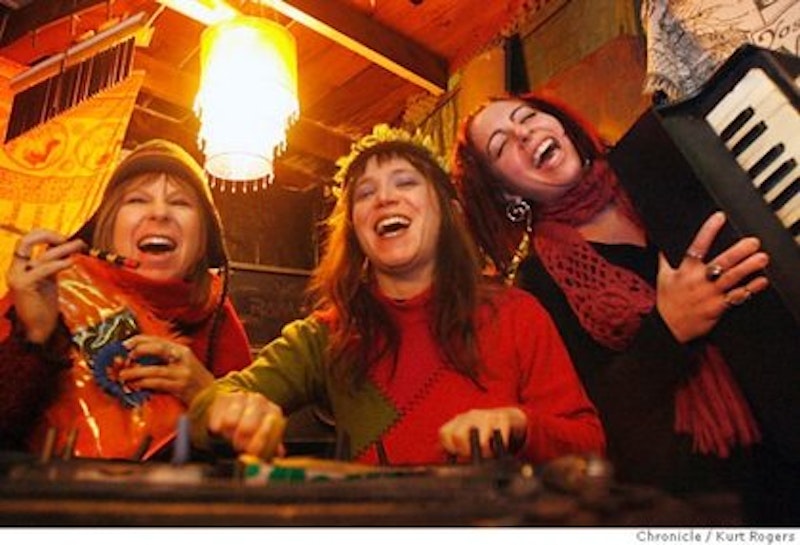 A funny thing about being dog tired, physically and spiritually, is that everything loses its luster. The thrill is gone. Without some degree of vitality, nothing much matters—not the promise of an adventure, or the lure of a book you've longed to read, or the charge of a hot new single, or the company of someone you've missed. Exhaustion chases color out of the frame; everything's gray, dull, listless, and matter and ideas actually hurt because you're able to comprehend your awareness of them and your situational distaste for them almost simultaneously. (See also: extreme nausea, extreme hunger, serious pain.) Focusing is pretty much impossible. For all intents and purposes, "Coded Sleep" is like the "National Anthem" of being unable to pay enough attention to anything happening around you enough to truly appreciate it. There's a cumulus cloud of a melody tap dancing on the far side of a fogged mirror here, swarmed by a thousand rainbow glass wasps. If you're lucid, maybe you'll embrace the intelligent design in the digitized noise crowding the elegant, almost mournful motif everything else is orbiting around. If you're fading already, you'll fade faster without necessarily recalling anything much of what you heard; what will stay with you, blessedly, is a sort of gorgeous vacancy. Take as directed.

Positively and generatively Gaia, listening to "Shiva Earth Loop" (Pixie, pictured, R) must be what one hears on the lowest floors far below the earth's surface, thrilling to the hum of machines that power the planet's core—except that that cycling throb is here accompanied by vaguely lyrical intimations of an atmospheric nature: raga. For seven and a half languorous minutes, this thing just unspools and unspools, coddling and conning us into an illusion of safety and security, of life as something warm and considerate, a little place of comfort designated just for us, jagged little textural question marks popping up in the drone, that characteristic sweetness draining down without notice and then suddenly flooding back up. Then it's all over and you're just a middle-aged hack with aching eyes and an aching back sitting alone in a living room, way too late, staring down at a laptop but not really seeing anything.

The pianos in the mix don't dance; they jump. Snares pop, tambourines shatter, impossible percussive impacts accrue; there is unattributed sampled Miami dance-diva coo, cooling on a loop. Then—then—it's like somebody distributed glass lances to dancers who decided that they were from warring tribes, and the dancefloor was the Godforsaken middle of nowhere, so, you know, they set to fighting with these glass lances. Only the glass lances sounded downright heavenly when they met, and they wouldn't break, and they pulsed with tempestuous neons. Disorientation was next: the oscillations at times miraculously subtle and at others fantastically overt, sweaty male anonymity added to sweaty female anonymity, sly farts of synthesizer, everyone sudden wiped out and realizing the ceiling's actually a sky, flooded with light. Cabs aren't running; no one's got any cocaine left. Fuck.