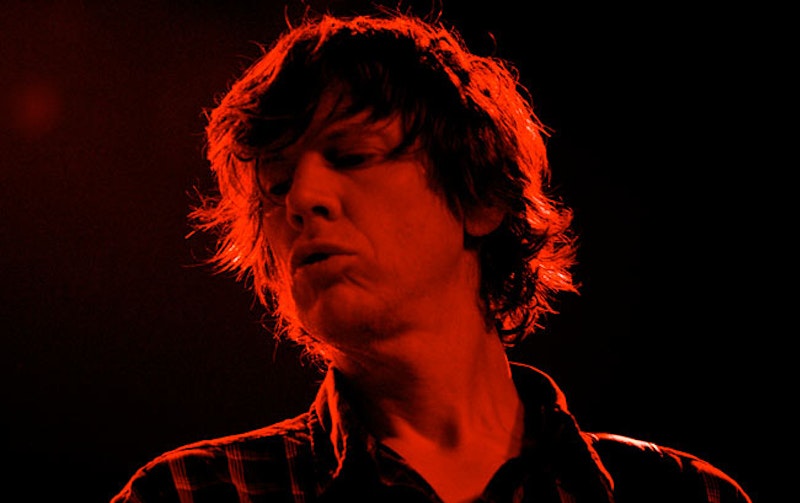 The Best Day (Matador), the new Thurston Moore album, is among fourth-quarter 2014’s more pleasant surprises. “Detonation” sticks out there like a sore thumb, one of Moore’s bratty, quick-hit punk blurts (there are a bunch of songs like this on Psychic Hearts (1995) and Sonic Youth’s Experimental Jet Set, Trash, and No Star (1994)) that inspire simultaneous international face-palms yet are so, like, inherently Thurston that one is inclined to forgive them. This one is a hybrid of faux Mark E. Smith irascibility, R.E.M. at their most nakedly and obnoxiously populist (“The End of the World as We Know It”), and Moore’s slightly faster-than-mid-tempo, outta-tune guitar heroics. Upside: “We may have to use a toy grenade,” which is so silly an idea, delivered in such a gung-ho way, that it totally deserves to headline blog posts everywhere, at least until Halloween’s over.

Very intentionally the opposite of the My Chemical Romance brand of overwrought emo-prog, “Action Cat” brings with it more immediate, adrenalized pleasures: the raw, chugged scrape of guitar chords, the masturbation of several irresistible chords, shouted lyrics hurled at the listener, a radioactively overwhelming ennui. One imagines a video treatment where Gerard Way joins Jem & The Holograms locked in pitched battle against an invading alien force, a horde of chic zombies, or maybe One Direction. “Don’t ask a lot, and you won’t lose a lot,” Way instructs as a tonal latticework explodes around him in limited perpetuity, and perhaps I’ve taken that advice to heart. “Action Cat” is the lead single from his Hesitant Alien, and the only reason I can figure for not having acquired the rest is out of some low-stakes fear of disappointment or disillusionment, that on an-across-the-board level the dude couldn’t get it up.

The best way to experience “Mr Noah” for the first time is early in the day, via the vertigo-inducing video; the best way to experience “Mr Noah” for the 20th time is behind the wheel, at night, at pulse-pounding volume. Thematically, the song seems to be about gambling, drunk, on a rollercoaster that is on the verge of accelerating violently—a reading that is almost certainly false, but geekily fun in the same sense that pretending that the Mr Noah EP cover art rips off the cover art for The Knife’s Shaking the Habitual. All of which is a roundabout way of dodging the fact that I’ve been jamming the tar out of “Mr Noah” since it hit the Internet. The song is, essentially, a grain elevator crossed with a wobbly centrifuge; pregnant with bass, frog-mouthy synth, and pronounced over-enunciation, it grins, grips, and grinds forth, discharging sparks that sound suspiciously like effects pre-sets, perpetually in danger of escaping its bearings, an intricate neon sign shorting out and exploding back to life again and again. This is arguably the closest anybody in the Animal Collective retinue has come to translating the group’s electronic beardo-folk aesthetic into something club rats, pop kids, and rap fans can get behind, and I sincerely look forward to watching it conquer the universe.