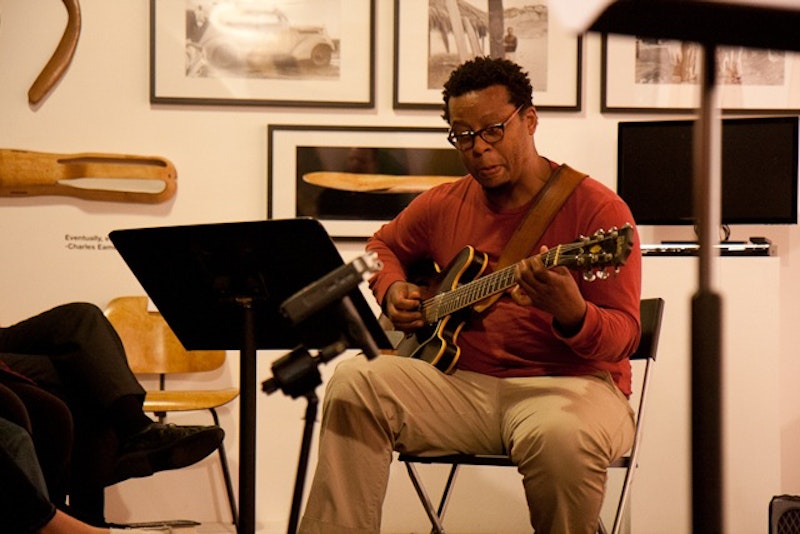 With “Get Dressed,” Tortoise guitarist Jeff Parker damn near eclipses the entirety of his main project’s LP from earlier in the year, laying into his ax with tight pickwork and tossing off bluesy, fancy free licks as an entire social club seems to spring to life around the stage. No laces in shoes here, the drummer’s certainly no slouch, summer’s in the Chicago air. I humbly present the inaugural track for your Labor Day Neighborhood BBQ Playlist; you can repay me with hamburgers, potato salad, Hawaiian Punch.

“Man” is an oddity: a hit rap banger that doubles as a way for its composer to draw a very stark line in the sand between starry-eyed audience and taciturn performer. England’s grime lifer Skepta is MC and producer here; if these verses snap like a string of desperate, distancing text messages, the beat is ice-swan synthesizer origami, exotic, towering, klaxon-y. Combining these elements into a sort of Red Bull vodka Slurpee, “Man” reminds me of early Eminem, early DMX, or early Missy Elliott—just that concentrated gush of talent, hunger, and hauteur that heads immemorial have demanded from hip-hop. I can’t stop listening to this.

It’s difficult to listen to a song like “Knee Jerk” without getting a bit misty-eyed. One easily imagines an unhinged, shirtless frontman prostrating himself before an audience eager to eat him alive in, say, 1996, when this sort of muscled, genre-contortionist post-punk would’ve had a better shot at sustaining a deserved cult and siring dozens of imitators. These Milwaukee miscreants themselves present as Jesus Lizard disciples who could give a fuck less about your Long Tails and growth strategies and whether or not we’ll beg all our hardcase friends to buckle down and listen in. Oh, but we will, won’t we?