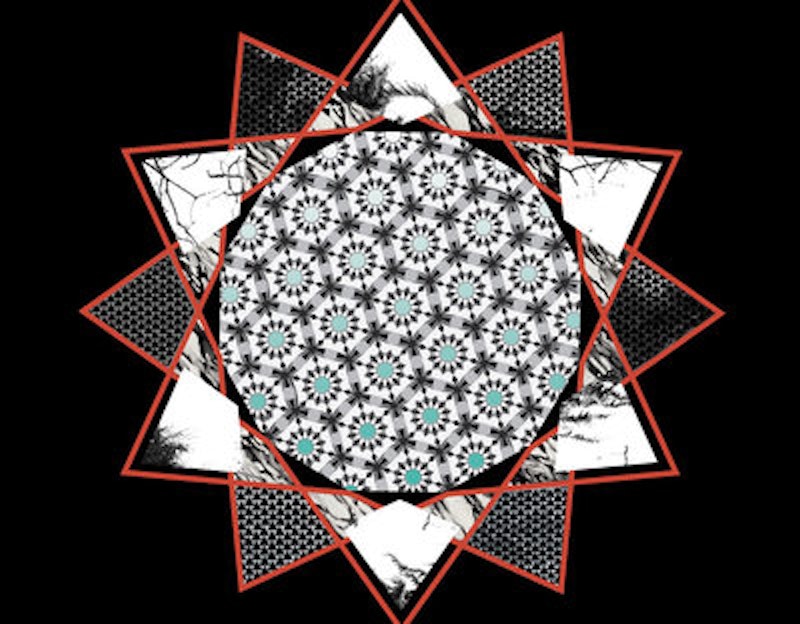 "I have a black hat/It might live," MC Ride declares, on Death Grips’ epic "Birds." It's nice to imagine Nelson Beam kicking off a set as Black Hat with that on a loop, but it’s unlikely, given the gulf between his paradigm and theirs. Beam is less interested in keeping a beat than conjuring an anti-mood. "Portrait in Fluorescent Light" goes in for full-court strafe, leading a guided tour from one shade of dank gray smear to another. Daylight is teased, then slowly snatched away and replaced with telephoto footage of lava creeping out of a volcano; a voice crumbles up from the drone briefly, is again subsumed within it; the sound trembles and heaves endlessly even as it changes, and you can't quite get a handle on it. Are we soothed? Are we saddened? Are we confused? Yes, and yes, and yes. Even as the cold snap breaks and leaves sprout from tree limbs, throw on a Triple Fat Goose for this fare.

Like the rest of Ghettoville, the die cast here is sleek, sour, and almost unaccountably arresting, even though the actual function of this brand of experimental electronic doom is difficult to fathom, beyond, say, lying on a beanbag chair with headphones on and black lights blazing, waiting for something unspeakable to befall to you and everyone you love. "Rims" could credibly soundtrack a Scion spot featuring those dancing gerbils, if those gerbils were blunted within an inch of their lives. I picked it, I guess, because the juxtaposition of staggered synthesizers and juked slide whistles is irresistible, reliably dropping my blood pressure a bit more on each spin, and because this thing is capable of viably simulating, maybe, the experience of driving, veeeeeeery slowly, through an urban area at night in an expensive SUV outfitting with spinning rims while strangers look on with awe and envy but you barely register any of them because you are grooving to the sound of an extremely distended version of a clubland classic. So very Marlo Stanfield.

The circumstances under which one could actually dance to "Spectral Source" are difficult to fathom, as it's a rather busy slice of house music hotboxing: entire spectrums of sampled drum hits and regurgitated percussion and strategically arranged vocal bups cooperating at the inhaled, exhaled whims of two master puppeteers who care not one whit for the mental and physical health of the average underground club habitué. Enough melodic flesh is spawned to the rhythmic bones that the mind has something to grasp as the body fails, inevitably, to keep time. You would need energy drinks—plural—to keep time. Energy drinks, and yellow jackets, and a pal tasing you every couple minutes, and an EMT crew on retainer, probably. But that would be over-thinking matters, needlessly incinerating brain-cells. Rather: treat this like mental pinball or—as per the video above—some mutant Guitar Hero variant the world doesn't need or want, dancing soft-shoe on your frontal lobes, gently sloshing your cocktail. Will you join me, in prayer, for an extended remix?