The Story of Soul 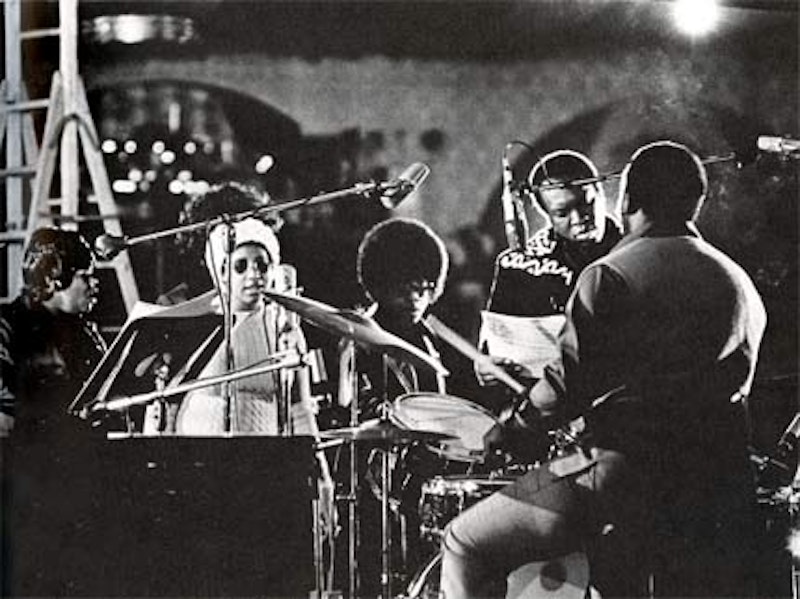 Kevin Le Gendre’s Soul Unsung, published near the end of 2012, begins with a worthy goal—to correct the imbalance between singers in black pop, those who command the spotlight, and the men and women who play instruments behind them, laying down meticulous frameworks of melody and rhythm in the shadows. “Soul music is a palace of vocal regents guarded by great chevalier players,” writes Le Gendre. He wants to illuminate the chevaliers, and maybe even sneak a few into the palace.

Lately the musical world has started to acknowledge the value of some these musicians. But there’s plenty more to do. Le Gendre notes, “Soul is still perceived first and foremost as the domain of singers. The idea that the soul musician, the player, has made a significant contribution to the canon remains an argument that needs to be won.” He’s not the only one thinking this way. Documentaries—including Standing In The Shadow Of Motown, 20 Feet From Stardom, and Muscle Shoals—have looked at the musicians and singers who aided a variety of soul hits.

The spoken-word portion of King Curtis’ famous 1967 song “Memphis Soul Stew” provides Le Gendre with an organizational system for many of the chapters. King Curtis starts his tune by describing the ideal recipe for soul: “Give me about a half a teacup of bass/Now I need a pound of fat back drums/Now give me four tablespoons of boiling Memphis guitars/This is going to taste all right/Now just a little pinch of organ/Now give me a half a pint of horns…” Le Gendre then tracks the history of each of these instruments in black pop, with some additional material on orchestration and strings.

Many of the musicians he writes about will be familiar to readers. But there are also plenty of less well-known tidbits, about home-made percussive instruments played in Motown, the three guitars in Betty Wright’s “Clean Up Woman,” and the gradual incorporation of drum machines and synthesizers in black pop.

So that’s the past. What about the present? There are a few modern musicians whom Le Gendre believes are worthy heirs to the previous generations of players. It’s mostly people who play in orthodox bands or make a point of incorporating older forms into their work: the Roots, Me'Shell NdegéOcello, Q-Tip.

Le Gendre has an occasionally frustrating habit of talking about his favorites and then reintroducing the reader to the same group later as if for the first time. It’s most noticeable when he discusses M. Nahadr. Her “2009 set EclecticIsM,” writes Le Gendre, is “one of the great new works in the canon of contemporary black popular music.” Later: “Her 2009 debut… is one of the best records released since the millennium.” And again: “The same prognosis could be made for EclecticIsM… one of the best debuts I’ve heard in any genre in years.”

In the final portion of the book, Le Gendre starts to point out what he thinks is wrong with current black pop, mainly by relying on stock rhetoric about the ways things used to be different. He has two main issues with the modern landscape, and believes these stem largely from an absence of bands. First, Le Gendre’s not digging most of the songs. “[I]n many cases the deployment of backing tracks built purely from samples or of short, sugary keyboard hooks can yield soulless results.” That can certainly happen, though the presence of a band does not guarantee soul. (Le Gendre notes that some of James Brown’s work suffered from the same “melodic impoverishment” crippling many of today’s artists, but he lets Brown off the hook, because he “had extraordinary character in his tone and an extraordinary band.”)

Le Gendre also argues that contemporary black pop is too stuck on satisfying the demands of the market. “Songwriting, orchestration, arranging and vocal excellence,” he writes, “were the core values of classic R&B.” But not anymore, because “songs have to hit home from the first bars…contemporary R&B leaves little or no room for subtlety or surprise… it serves a purpose on the dance floor. But one has to ask whether this hasn’t now resulted in the triumph of the formulaic over the fantastical… the onus is still very much on radio-friendly material.”

But drawing the audience in has always been important. Motown, usually upheld as a paragon of band-led soul production, was all about hooking listeners as fast as possible, riding a formula and filling the radio with (danceable) hits. In Marvin Gaye’s biography Divided Soul, Gaye notes, “Berry [Gordy, Motown founder] thought like an oil man… Drill as many holes as you can and hope for at least one gusher… Berry’s way was to get the artist into the studio—that afternoon, within the hour—and strike while the iron was hot… we flooded the streets and filled the charts.” It wasn’t different at Stax; the studios wanted the hits, then as now. They needed them to stay in business. The formula’s not that different, Le Gendre just prefers the old sounds.

In addition, it’s probably never been easier for musicians to reach a niche market. Back in the glory days, there weren’t that many ways for an artist to get a following: a radio hit, a good review, or a lot of label promotion. Now musicians have alternatives: Miguel and Frank Ocean, for example, circumvented the system and built reputations partially by putting out music for free on the Internet. A whole world exists outside of the shrinking world of “the formula” and major labels, which are often left playing catch-up.

Le Gendre tells the reader what he hopes for. “Ideally, there could be a diversity of models in contemporary black pop: one favoring instruments, another electronics, and then several points in between those two poles.” In fact, there are bands that meticulously recreate the recording process favored by soul bands in the 1960s, there are black artists who make pop almost entirely with electronics, and there are plenty of people combining the two approaches in various ratios. This book forgets to mention the good news: the ideal world already exists!