The Sound of One Sonic Youth Coasting

Lee Ranaldo's Between The Times and The Tides comes off as soulless. 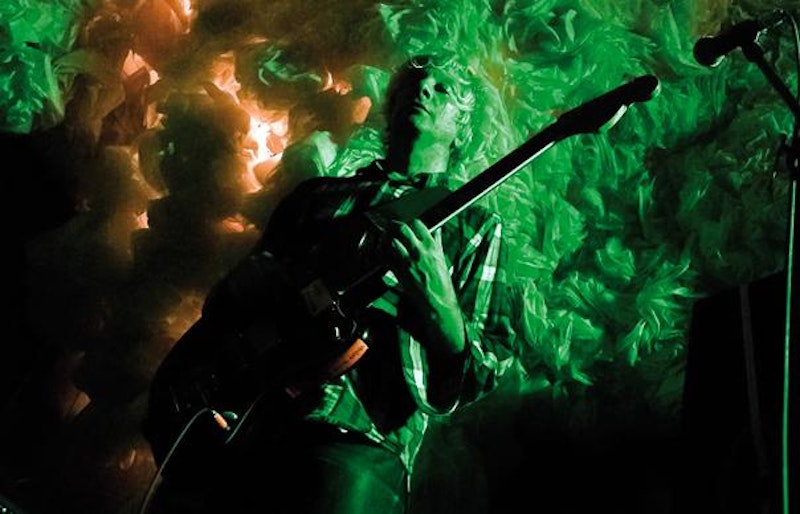 "It feels like there're body parts missing," Nicky Smith said in his short review of Lee Ranaldo's new album. It's a good line, but it's not quite right. Between the Times and the Tides isn't missing a limb; all the arms and legs seem to be in place. What we're lacking is a bit more vital; something like brains, guts, or heart. Or maybe a soul.

There's something uncanny about art without soul. I'm not referring here to art that lacks funk or swing or earthy authenticity—the Carpenters are uncanny, but that's a somewhat different argument. I'm talking instead about art that has actually had its inner bits removed; where you look into its eyes and the void stares back. A good friend of mind said that when he was a kid, Toucan Sam terrified him—he looked at it, and it talked and chatted and smiled, but there was nothing there. I had a similar experience reading some late Asterix comics, the ones after writer Goscinny died.  Artist Uderzo still drew the things, so the characters looked right. But Uderzo was also writing them, and Uderzo, to put it mildly, couldn't write. So Asterix, Obelix, Dogmatix, and all the rest wandered through their routines like hollow, shambling shells of themselves. You could hear the wind whistling through their speech bubbles.

Ranaldo's new album isn't that bad. To tell the truth, it's not bad at all—just mediocre. But while it's listenable enough if you aren't paying attention, it does have a similar, zombified feel to those Goscinny-less Asterix comics. Between the Times and the Tides just sounds so Sonic Youth—the chiming, scraping guitars, those dry, propulsive drums, and of course Ranaldo himself, with his Dylan-via-NY-hipster schtick. It's all there, like it always is. Sitting there. Sitting. Ayup. Still sitting there.

Part of the problem is the lyrics. Ranaldo was never exactly a genius lyricist, but with one or two tracks a record he did manage the occasional goofily perfect beat poet koan ("very I'm in a band… with kneepads!") Out on his own, though, and things start to get ugly. Half-digested guru bullshit vies with pop clichés and sententious self-aggrandizing nonsense. "See me as I am/Just half a man/Tryin' to get whole," is a typical low point. "Cuz yr lost/you really don't know/ That yr lost/Yr lost but yr whole." Whoooah, man. Deep. And that's not even getting into "Xtina As I Knew Her," a confused, uncomfortably sexualized ode to what appears to be an underage girl. "She was pure and wide and open," Ranaldo insists.  Okay… yuck.

There's no shortage of bad lyrics in the world, Lord knows. But in Ranaldo's case, the fact that the singer sounds about as dumb as a bag of hammers really painfully highlights the extent to which Sonic Youth albums had something to say that was not out-and-out-idiotic. Whether it was the sneering punk snottiness of "Catholic Block," the political charge Kim brought to songs like "Swimsuit Edition," the squalling walls of noise on their early albums, the extended lyrical apotheosis of "Diamond Sea," or even the tongue-in-cheek ironic beat goofiness of Ranaldo's songs—Sonic Youth wasn't just punching a clock. They weren't always brilliant, but for years there when they showed up for an album, they showed up. They were funny, they were unexpected, they were cranky and mean-spirited and funny and beautiful. You listened to their music, and someone was in there.

Ranaldo, on the other hand… he's got the Sonic Youth guitars and the Sonic Youth hooks, and he might as well be watching paint dry. Which is his prerogative, I suppose. Ranaldo's made a ton of great music in his life, and if he wants to coast in his declining years, who am I to gainsay him? I don't have any desire to listen to it, though.