The Lyrical Cynicism of Sandhya

Incarnations of a caustic rock diva. 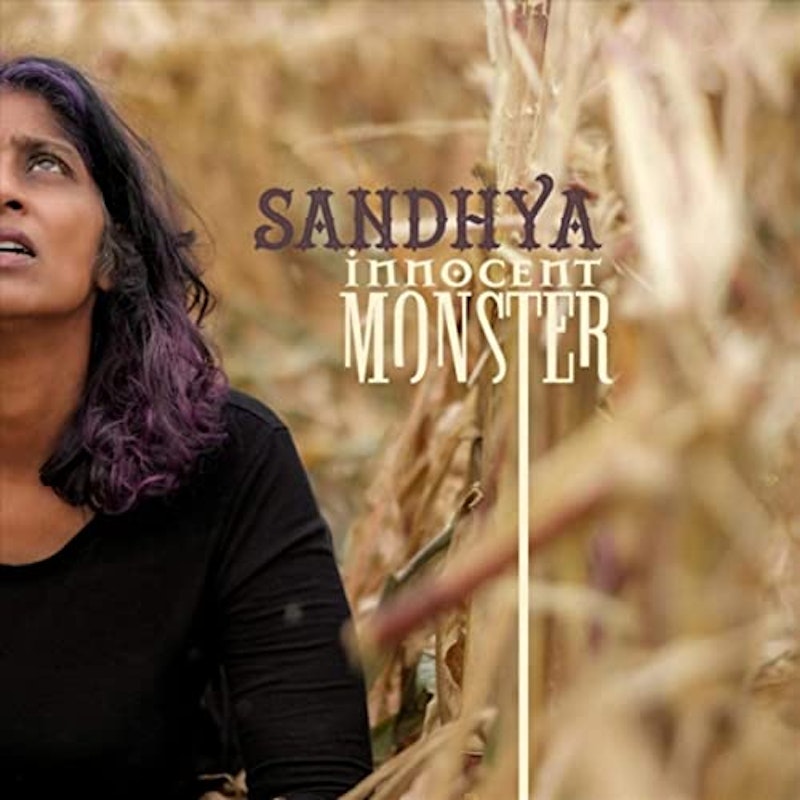 There are people who make a lasting impression on you. I met Sandy Asirvatham at the copy machine in the late-1980s. We worked at a publishing company in Times Square, and my desk was in the hallway by the copier, similar to a Saturday Night Live skit soon after. I fixed paper jams for my co-workers, especially the women. Resolving one glitch for Sandy, I told her she owed me a favor. “You can have my first-born if that’s what you want,” she snapped.

I parlayed as many hallway conversations as possible into lunches with female co-workers, and Sandy and I had lunch several times. I remember us laughing in an Indian restaurant because something on the menu sounded like the German epithet dummkopf. I told Sandy she could do stand-up comedy. I believe we almost dated, forming a weekend-day plan that she canceled as her mother wanted her to do something else; just another multiverse path not taken.

She moved to Baltimore, and we lost touch, reconnecting many years later though I haven’t seen her in person since the copy-machine days. Meanwhile, after a career as a writer, she undertook one as a musician, and now goes by the name Sandhya (pronounced SAHN-dia), Sanskrit for light meeting darkness, as at twilight or dawn, as her Indian immigrant parents initially called her. Starting in a jazz-pop mode, she migrated toward rock, reflected in her new album Innocent Monster.

Innocent Monster is an absorbing mix of lyricism and cynicism, displaying unflappable resilience amid somber contemplation. It’s laced with the caustic humor I first heard from my co-worker in the hallway decades ago, now leavened with experience and sliced into tuneful packets. “At the top they’re doing nothing to ensure anyone’s thriving, but their own,” she sings in “Better,” which reads like an anthem of suburban discontent with a daunting list of chores: “merge finances, life insurance, make some babies in her body, or adopt somebody else’s, paint the yard, mow the carpet, install flowers,” yet ends with the modest hope that “she left the place more or less undisturbed. Maybe better? A little bit better.”

“Last Two Standing” surveys troubled world prospects (“Who will the victors be to write their version of history in the year 2083 when everybody is undersea?”); it offers praise for “the heroes and the saints” trying to “paint a brighter picture,” but also encourages an interlocutor not to lose sight of the personal: “Won't you love me like we are the Last Two Standing?” A similar desire not to be overwhelmed by current events pervades a song called “Innocent”: “I don’t want to know it, don’t want to talk about it, even hear it all debated on the television show. Can’t abide discussion, tolerate dissension, analyze progression. Or come up with alternate scenarios. I want to live my life like an innocent.”

The album’s opening song, “Monster,” suggests something going astray in upbringing and education: “I built a monster in my basement, and tried to teach him how to talk, but he could never manage more than an unintelligible squawk. I sent him up to the state college to earn his history degree, but what he learned there was so gruesome, back to the basement did he flee.” Another song, “The Neighbors,” gives a glimpse of disaffection from a community: “She’s not sure about the neighbors. When they smile at her and wave, do they see a soul to save?”